If you are looking for a cheap and easy to way to see what’s on your phone or tablet on your TV, find out more about Chromecast.

The world of technology can be a confusing place. Thankfully we're here to help explain all the jargon and help you understand what these gadgets and gizmos can do.

Here we'll look at Google Chromecast and see how it can help you watch films TV shows and films and listen to music.

What is Google Chromecast?

Google Chromecast is a small, wireless receiver compatible with any HD TV.

Chromecast lets you wirelessly stream or ‘cast’ content from your laptop, smartphone or tablet to any high-definition TV. You can cast video, music and even the contents of your web browser to your TV. That means you can enjoy web browsing on the big screen - especially useful if your eyesight isn't what it once was.

The Chromecast dongle creates its own secure wi-fi hotspot. This means it works with any television - whether or not your TV is internet-enabled, as long as your TV has an HDMI port.

How does Chromecast work?

The Chromecast receiver fits into the HDMI port of a TV. It runs a scaled-down Chrome browser, which receives data and transmits it to the set.

When you want to cast something to your television – such as a YouTube video – make sure the phone, tablet or laptop you are using is connected to the same wi-fi network as the TV, open the app (such as Netflix), tap the Cast icon on the device and watch as it casts.

While casting you can continue using your device to complete other tasks, such as searching for videos on YouTube or sending an email.

With Chromecast you don’t need a separate remote, as you can use your smartphone or tablet to play, pause and even control the video volume.

What is Google Chromecast Audio?

Chromecast Audio works in a similar way, although instead of streaming video, it streams audio. This makes it a cheap way to listen to music on your smartphone, tablet or laptop using your existing speakers. 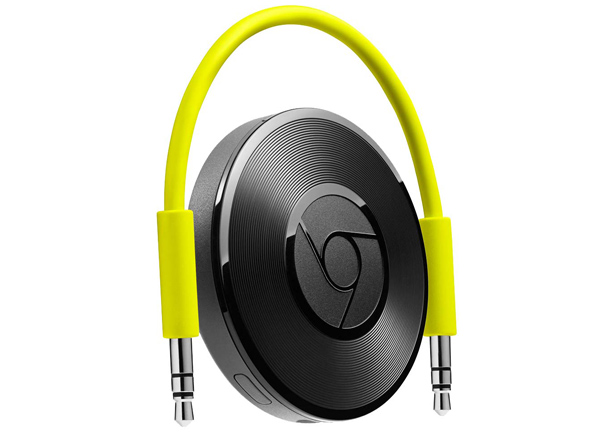 It supports lossless high-resolution audio and if you own multiple Chromecast Audio dongles, you can create your own multi-room speaker system, controlled by a single device running the Google Cast app, which also lets you skip tracks and adjust the volume.

It’s compatible with Android 4.2 or higher and Apple iPads and iPhones running iOS 9.1 and higher.

The Google Home app for Android and Apple helps you discover compatible apps.

Windows 7 (and higher) and Mac OX X (Mac OS 10.9 and higher) users need to have the most up-to-date version of Chrome installed. Read full set-up instructions. 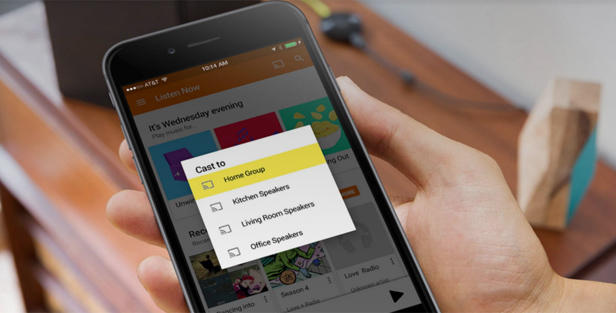 Does Chromecast work with apps?

Yes, but the apps need to be compatible. Unsurprisingly Google’s own video and music apps - YouTube and Google Play Movies & TV - are all compatible.

There are dozens of compatible third-party apps available including Netflix, BBC iPlayer, BT Sport, Spotify, Ted and games such as Angry Birds Friends.

Check out the full selection of Chromecast apps.

How do you watch BT Sport on Chromecast?

It's easy. Make sure your Chromecast is set up on the same wi-fi network as the mobile device that you're casting from. Install the BT Sport app on your mobile device, and put your TV on the correct HDMI channel for your Chromecast. Now you're good to go.

With the BT Sport app running, you should see the Cast icon in the top right of your mobile device's screen (it looks like a TV with three wi-fi-style lines). Tap the icon.

You'll now see a list of all connected Chromecast devices. Tap the one you want to cast to.

Once connected, the Cast icon turns white. Start watching, and the content will be sent to your TV.

If you can't see the Cast icon, your device probably needs updating. Head here to install the latest version of Google Play Services.

Remember, you can't cast BT Sport if you watch it as part of an EE mobile subscription, a BT Mobile deal without BT Broadband, or a BT Business Package.

How much does Chromecast cost?

Google updated the first-generation Chromecast in late 2015, with a new design that makes it easier to fit in TVs with crowded HDMI ports. It includes three antennas and support for dual-band wi-fi channels.

It costs £30 from Currys PC World, John Lewis and Argos.

[Read more: Downloading music vs streaming music - which is best for you?]