Digital radio switchover: When will the UK’s FM radio signal be turned off?

When will the switch from FM to DAB take place in the UK and how should you prepare for it?

Recent radio listening figures have revealed that more people are listening to radio digtially in the UK compared to FM and AM for the first time.

Norway made the bold move of switching over to DAB digital radio in January of 2017, making it the first country in the world to do so.

The UK is a relatively quick adopter – we’re the testing ground for self-driving cars and drone deliveries – so it’s fair to wonder when we might flick the switch on FM for good and force everybody over to DAB.

What does DAB stand for?

Digital Audio Broadcast. DAB is being proposed as the main broadcast platform for national radio stations by the government.

When will the UK switch off its FM signals?

The British government has yet to decide on a date to switch over from FM to digital radio completely. It has to be undertaken within two years of the following crieria being met.

Official numbers from audience research body RAJAR suggest we are nearing that, with local digital radio reaching 49.9% of the population in the fourth quarter of 2017.

Most new cars come with DAB radios as standard, so that should help accelerate digital radio adoption. This diagram from Which? shows how audiences are listening to the radio.

In January 2017 Ford Ennals, chief executive of Digital Radio UK, told the BBC that the country needs the move to digital to stay current, and predicted a government announcement of the move at the end of the year.

“We can’t innovate, we can’t launch new stations, so we need a digital future if radio is going to stay robust and relevant in this multi-platform digital age," he said.

In March 2018 the BBC said it will continue to use FM for the forseeable future. Bob Shennan, director of radio and music at the corporation, was quoted by BBC News as saying: “We need to do more in the UK before we consider a switch-over and for that to be genuinely led by the audience. We are fully committed to digital and we believe we should review the landscape again in a few years’ time.”

Back in 2013, then-communications minister Ed Vaizey suggested that he was looking at “the end of the decade” to switchover to digital radio, but there hasn’t been an update to this since.

It’s worth bearing in mind that the digital TV switchover process took five years between 2007 and 2012. Before and during this change a specially created independent body, Digital UK, put out adverts and offered advice so that nobody was left in the dark.

[Read more: How to choose a digital radio]

Which digital radio stations can I listen to? 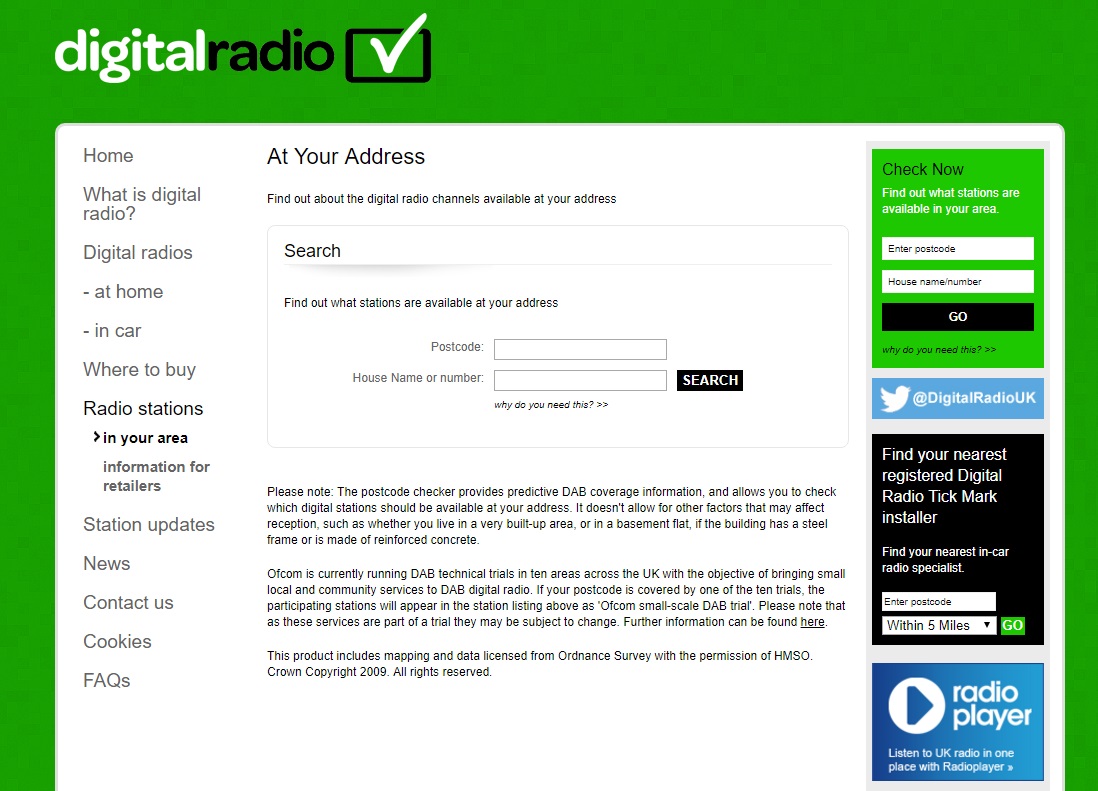 If you type your postcode into Digital Radio UK you can see which radio stations are available where you live.