The winning photograph in a competition run by Nikon was discovered to be a fake.

January’s prize of a camera trolley bag was awarded to ‘Look Up’ by Chay Yu Wei, for a monochrome shot of an aeroplane flying over a ladder.

A photo posted by Yu Wei (@yuuuuuwei) on

The original caption from Nikon UK (which has since been taken down) said: “Yu Wei chanced upon a set of ladders while on a photo-walk with his friends in Chinatown, and thought the view above would make an interesting perspective. Little did he expect to catch an aeroplane in mid-air.”

Instagram users questioned what flight it was and how long he waited for the plane, to which he replied: “Not too long! I was lucky.” 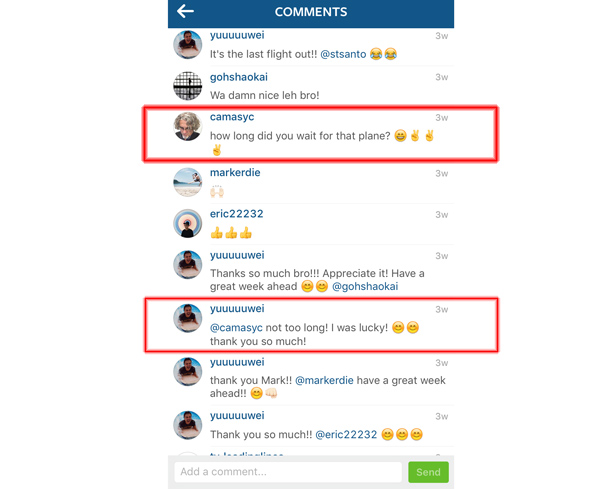 Others were suspicious. Many started playing around with the photo and discovered that the plane had been pasted on to the original image. They took to social media to comment:

User darylunnice said: “Just four clicks away from the Photoshop and the silhouette of the plane is much darker than the surrounding. Well played anyway – you won something you don’t deserve.”

More controversy occurred when a very similar photo was discovered on Instagram taken a year ago by Yik Keat.

A photo posted by Yik Keat (@leeyikkeat) on

At the end of January Chay Yu Wei apologised, admitting the plane had been added using PicsArt and his initial responses about waiting for the plane were “answered jokingly”.

“I made a mistake by not keeping it to Instagram as a casual social media platform.  I crossed the line by submitting the photo for a competition. I meant it as a joke and I'm really sorry to Nikon for disrespecting the competition,” he said.

Hello everyone, This goes out to everyone who has seen my Chinatown plane post. I'm sorry! This is going to be quite a read so that's the first thing I would like you to read if you don't have time to read below; I would like to apologize for the mistake I have done. I've been quiet so far because I've been trying to contact Nikon and have been waiting for them to contact me back to discuss about this. I understand that what I would say might affect Nikon's brand hence I decided to wait for their advice. However, since more than 24 hours have passed and I have not managed to have discussions with Nikon, I think I shouldn't wait and it's important for me to come out to address this issue. Like one user commented, I was on a photo walk in Chinatown and I chanced upon that set of ladders. I snapped a picture of it, and subsequently felt that a plane at that spot would make for an interesting point of view. Hence, I inserted the plane with PicsArt and uploaded it to Instagram. That's how I use Instagram, sometime it's to showcase the work I'm proud of, sometimes just to have fun. This case, that small plane was just for fun and it was not meant to bluff anyone. I would have done it with photoshop if I really meant to lie about it, but no, it was a playful edit using the PicsArt app and uploaded to Instagram. When my friends commented with some questions, I also answered it jokingly, saying it's the last flight of the day and saying it was my lucky day that I did not wait too long. At that time, of course everyone who read it took it as a joke, before this issue arrived and it is taken seriously. However, I made a mistake by not keeping it to Instagram as a casual social media platform. I crossed the line by submitting the photo for a competition. I meant it as a joke and I'm really sorry to Nikon for disrespecting the competition. It is a mistake and I shouldn't have done that. I also shouldn't have jokingly answered Nikon that I caught the plane in mid-air and should have just clarified that the plane was edited in using PicsArt. This is my fault and I sincerely apologise to Nikon, to all Nikon Photographers, and to the photography community as general.

A photo posted by Yu Wei (@yuuuuuwei) on

Nikon responded with several posts on its Facebook page, claiming it had made an honest mistake, while promising to tighten up its image review process.

A post on February 1 said: “We recognise that the image ‘Look Up’ has drawn a lot of commentary from the community largely because it is not a reflection of photography. As such, ‘Look Up’ should not have a place beside other good contributions from the community that represent this standard.

“We have engaged with the contestant on this, who has offered to withdraw from the competition in agreement with this conclusion. These reasons compel us to do the right thing by our community and by the standards that are expected of Nikon, and as such, we will shortly be removing ‘Look Up’ from our pages.”

What do you think about what happened? Should photo editing be banned from photo competitions, or should people who use it just acknowledge it? Let us know in the Comments below.