Trains have transformed lives over the last century, a cheap form of transportation enabling exploration and bringing people together.

While the trains of the future could come with fingerprint scanners and digital signaling, the last century has also seen some hugely impressive innovation, revolutionising public transportation around the globe.

Whether they’re speeding like a bullet across Japan at 137mph, tilting around the UK’s rail lines at 125mph or speeding under channels or floating above the tracks in China, there’s plenty of rail innovation to celebrate from the last 100 years - and earlier. 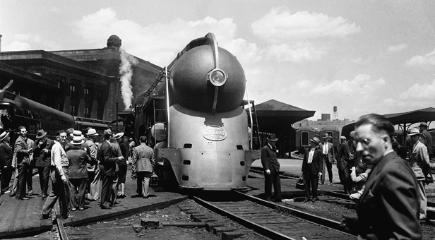 It was not the fastest, nor the flashiest train built during the 1900s, but the New York Central Twentieth Century Limited was probably the most famous.

From 1902 to 1967 it traversed the 938 miles from New York Grand Central Terminal to Chicago’s LaSalle Street Station and became an institution. The train, aimed at business travellers and richer clientele, ran continuously every day and was famed for its timeliness and reliability.

[Read more: From Hyperloop to Super Maglev: The trains of tomorrow revealed]

The operator also rolled out the red carpet for customers boarding the train, bringing the phrase into popular use. The new, streamlined train came into service in 1938 (above), which cut the journey from 20 to 16 hours, allowing travellers to spend an entire day in New York and make it back to Chicago for 9am the next day. Launched in time for the 1964 Tokyo Olympics, the 137mph Shinkansen cut the travel time between Tokyo and Osaka from six hours and 40 minutes to three hours ten minutes.

Named after its distinctive shape, the 0 series bullet train featured the world’s first Automatic Train Control system, meaning there was no need for signalling and ran on a custom-built, high-speed track, which travelled through 67 miles of tunnels and over 3,000 bridges during the journey.

The first 0 series trains remained in service all the way until 2008. In five decades of service there had never been a fatal accident. 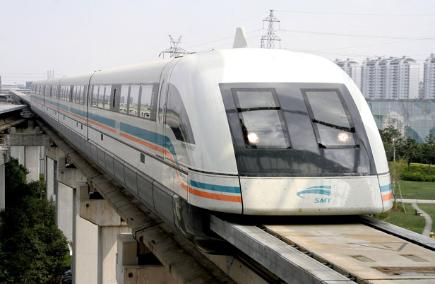 Maglev rail technology uses magnetic levitation rather than wheels to propel the train forward, allowing the vehicle to float a few millimetres off the track. The shuttle system at Birmingham International airport (which operated between 1984 and 1995) was the world’s first commercial, automated Maglev service and floated at 15mm off the ground.

The best example of the tech in modern times is the Shanghai Maglev Train in China (above), which whizzes people to and from Pudong International Airport at speeds of up to 267mph. Japan has tested Maglev trains which have reached a world speed record of 374mph. 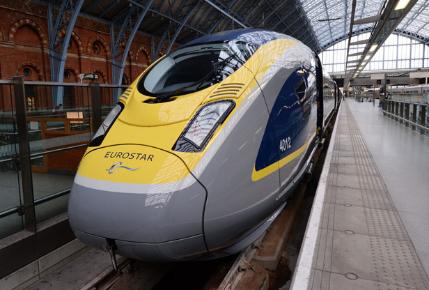 Was there a bigger rail development in the 20th century than the building of the Channel Tunnel? We think not. The Eurostar Class 737 train is based on the French high-speed TGV train sets which enables a top speed of 186mph on the specially built UK HS-1 line (99mph in the Channel Tunnel).

To celebrate the 20th anniversary of the service, in 2015 the Eurostar began running the Pininfarina e320 trains (above), which were planned to boost top speeds to 200mph, offer free wi-fi, power sockets and USB ports in the seats. They’re able to carry 900 passengers at a time and a direct service from London to Amsterdam was launched in 2018. Check it out in the video below:

[Read more: 5 unlikely cities you can reach via Eurostar, including Lille, Ghent and Marseille] 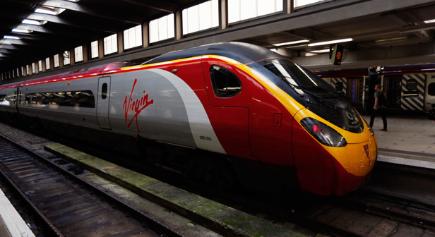 Following the failure of British Rail’s Advanced Passenger Travel scheme in the 1980s, Brits had to wait almost 20 years for tilting trains to return to the tracks. In 2002, Virgin Trains began operating the British Rail Class 390 electric trains, featuring the pendolino technology developed by FIAT.

The idea behind the tilting trains, also used in other European countries, was to increase top speed to 125mph without building a new infrastructure. The “regenerative breaking” system within the trains also feeds power back into the national grid whenever the train breaks. Plus, there’s wi-fi, power sockets and headphone jacks for in-journey entertainment.

Must watch: What secret does this steam train conceal?