For over five decades Goonhilly Earth Station assisted with terrestrial and extra terrestrial communications, including the moon landing.

Cornwall’s Goonhilly Earth Satellite Station, and the iconic Arthur satellite dish, brought Britain into the space age. It enabled transatlantic broadcasts for the first time, carrying broadcasts of Neil Armstrong’s first walk on the moon on July 21 1969 and modernised communications with the rest of the world.

On 6th August 1969 Goonhilly 2 was opened, which you can find out about below, along with more information about the pioneering station at England’s southern tip:

[Read more: From Pan Pan to Mayday and SOS: 9 things you didn’t know about the history of the distress signal]

The Goonhilly Earth Satellite Station is located on Goonhill Downs in Cornwall. It is built on the Lizard peninsula, near the southernmost point of mainland Britain. The location was chosen for the clear lines of sight to the Atlantic and Indian Oceans. It was also considered ideal due to its remoteness and the lack of electromagnetic interference.

When was the Earth Station built?

The station was built in 1962 specifically to communicate with the low-orbit Telstar 1, which was the first active communications satellite. It was initially built and operated by the General Post Office, which handled communications prior to the arrival of British Telecom. During its prime years, the Earth Station housed up to 60 satellite dishes, but one in particular owns a special place in history… 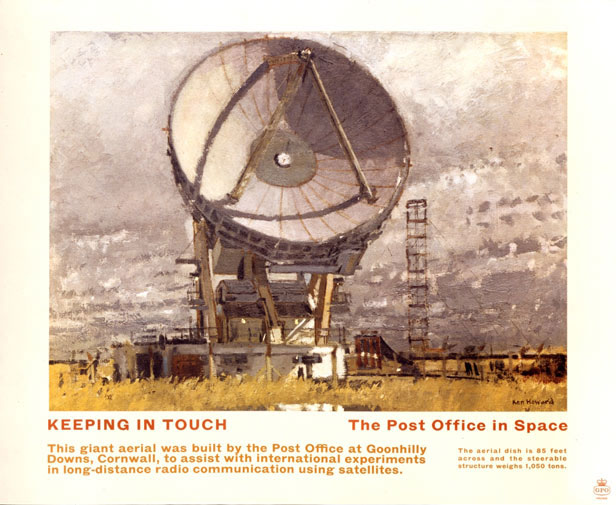 Arthur is the common name for the station’s first dish, Antenna 1. Also built in 1962, it is the world’s first satellite connections antenna with the open curve-like parabola shape. It was this design that set the standard for thousands of satellites worldwide.

The Grade II-listed structure is built from concrete and steel. It is 85 feet in diameter and weighs an incredible 1,110 tons.

It is famous for delivering the first transatlantic television pictures from the United States to the Europe and has been in near-constant operation for more than 50 years.

[Read more: From the candlestick to the Mickey Mouse – how the home phone has evolved]

What was Arthur used for?

The Apollo 8 mission was the first to complete a manned orbit of the moon and return safely to earth. Arthur played a major role in delivering the broadcast to European viewers.

In the landmark transmission on Christmas Eve 1967, the astronauts on board took turns in reading passages from the bible, while wishing everyone on “the good Earth” a Merry Christmas.

NASA commended the Post Office for its help with the Apollo 8 broadcasts with an award to then-director of external communications Dr James Gill.

A year later, on July 21 1969, Arthur helped to transmit the Apollo 11 moon landing from the US to Europe with a global audience of around 600 million.

Later it would enable broadcasts of major events like the Muhammad Ali fights and the 1985 Live Aid concert. It also handled phone calls, bank transactions and shipping distress calls.

On August 6 1969 the second, larger Goonhilly 2 dish was opened. The 90ft dish was built by Marconi and cost £1.5 million. It facilitated the first live TV exchange with Japan via the Instalet 3 satellite over the Indian Ocean. Also on this date, Arthur returned to service following a period of refurbishment.

What is it used for today?

In 2006, BT announced it would be halting its satellite operations at Goonhilly and moving them to the second earth station at Madley Communications Centre in Herefordshire. Until 2010 BT continued to host an active visitor centre that attracted more than 80,000 visitors a year. BT still has an operational presence at Goonhilly. 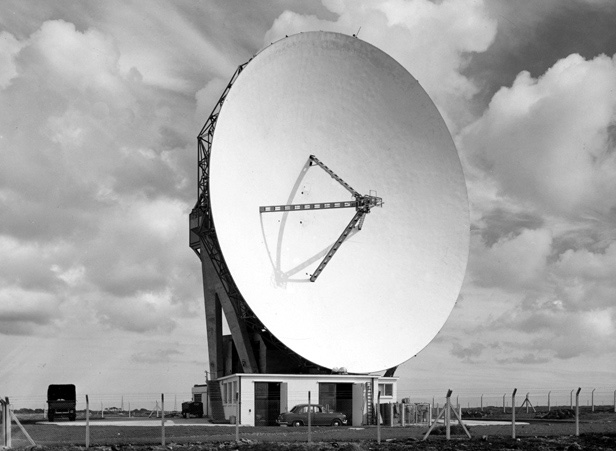 In 2014, Goonhilly Earth Station Ltd (GES) gained control from BT under a 999-year lease. Since then the company has more than doubled the number of active satellites. The largest satellite at Goonhilly is currently the GHY-6, which is 32 metres in diameter and is under consideration for use by the European Space Agency’s Orion Exploration Mission 1 in 2018.

The privately held company wants to use it to create a deep space communications network. It provides commercial services for satellite internet and satellite TV uplink services.

What’s this about a UK Spaceport?

Goonhilly is currently partnering with Cornwall Airport Newquay in the hopes of delivering the UK’s first spaceport by 2020. The plans to offer a complete launch and track solution include a rocket and propulsion test facility, hangar and fuel handling facilities, mission control and a Space Gateway innovation centre.

A post on the Spaceport Cornwall website reads: “Cornwall Airport Newquay and Goonhilly Earth Station are well placed to play a critical role in developing the UK’s space industry with the creation of a Spaceport. Together they provide a complete ‘end to end’ UK launch capability to support all aspects of launch, including suborbital vehicles and systems and those able to place satellites into earth orbit.”

Read more: Remembering Apollo 8 and how BT helped send TV pictures from the moon back to Earth