From HD to 4K via Plasma and LED: 10 key innovations in modern TV tech

We explore the biggest developments in TV tech.

TV history was made on May 26th 1927 John Logie Baird publically demonstrated television over the GPO’s telephone network.

The signal travelled over 400 miles from London to the Central Hotel in Glasgow train station and was the world's first long-distance transmission of television pictures.

[Read more: The Future of Television - the tech in your TV set]

In 1928 the Baird Television Development Company (BTDC) completed the first trans-Atlantic television transmission, between London and New York. In 2015 an anonymous donor saved a recording of the transmission being sold to private collectors.

In the nine decades since Baird’s innovation, technology has dramatically changed how we watch TV, here are 10 breakthroughs. 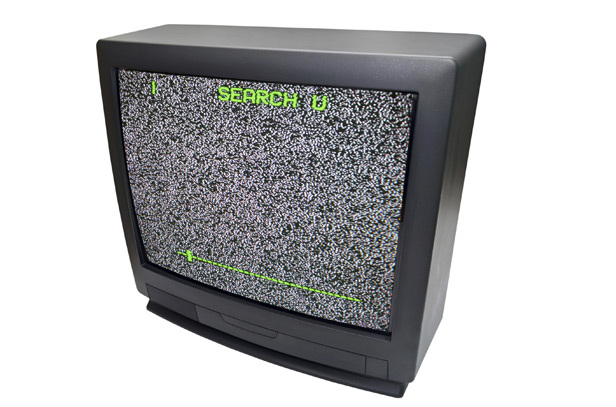 If you bought a television between the late 1960s and the 2000s it was probably a cathode ray tube (CRT) set.

Each CRT set has a vacuum tube with electron guns that beam red, green and blue electrons onto a phosphor screen. The rays scan the dark screen, building up thousands of red green or blue dots to create picture.

The technology dominated for three quarters of a century - CRT TVs date back to the 1930s and it was only in 2007 that sales of the slimmer, more versatile LCD units overtook sales of CRT sets. 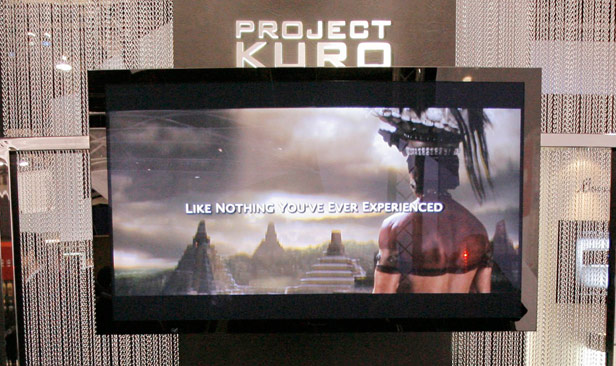 Flat screen sets started to appear in the late 1990s. Their immediate advantage over CRT was space. They were also lighter, so could be mounted on a wall and came in bigger screen sizes.

But the choice between CRT and flat screen wasn’t straightforward - in the early 2000s you had the choice of two flat-panel technologies: LCD or Plasma.

LCD panels have a backlight made from CCFL lamps, which shine through a polarising filter and a matrix of colour liquid coloured crystal cells. Each cell lets in a different amount of colour creating a picture.

Plasma screens were comprised of thousands of cells between glass panels. Each of the cells (or pixels) holds a gas and when an electrical charge passes through a reaction occurs and red, green or blue light is emitted depending on the current.

Plasma sets had superior black levels, contrast, better viewing angles and high refresh rates (which means less blur with fast moving action).  However they were less energy efficient than LCD, and as the price of LCD sets dropped they were eventually overtaken in popularity by LCD and LED technology. In 2014 Panasonic and other manufacturers discontinued plasma sets. 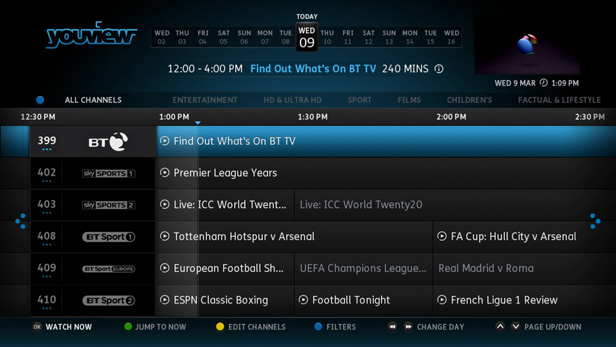 The launch of digital television in the UK transformed the way we watch TV and was arguably the most significant recent technological development.

From 2008 to the end of 2012 the entire country switched over from analogue to digital. Some 1,154 transmitter sites were upgraded as the analogue signal was switched off and digital signal boosted so 26 million people could get Freeview.

For the viewers, watching digital TV meant retuning an existing Freeview set or buying a digital box if your TV wasn’t a digital model.

After years of having just five channels, for the majority of people this was their first experience of multichannel television without the cost of a satellite TV subscription. 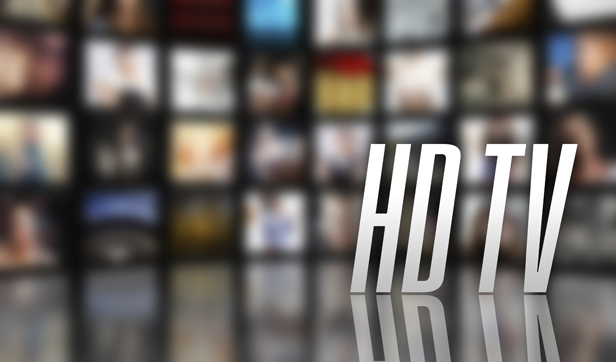 High definition television (or HD) has up to five times the resolution of standard definition either 1280x720p or 1920x1080p.

A higher resolution picture has more lines and is much sharper, colourful and more detailed. It’s no surprise stars were worried their flaws and wrinkles would be more visible with the advent of HD TV.

In the UK, broadcasts HD began in 2006 and now there are dozens of free HD channels such as BBC One HD, ITV HD and Channel 4 HD as well as others which require a subscription.

In order to watch HD you need a compatible TV and a source, such as the BT TV box or a Freeview HD box.

[Read more: How to choose a soundbar for your TV] 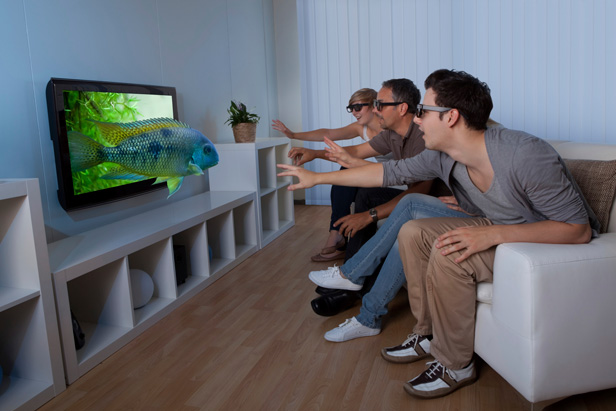 In the early 2010s 3D television was being pushed as the next big viewing trend, and not for the first time - over the last century there have been numerous experiments with 3D in cinema, such as House of Wax (1953) and Dial M for Murder (1954).

3D even made a comeback back on the huge success of 3D films like Avatar (2009), and that popularity was expected to translate into sales of 3D TVs.

But despite the efforts of manufacturers, 3D TV failed to capture the public’s imagination.

It wasn’t particularly comfortable to watch, you had to wear glasses and you needed to sit directly in front of the set to get the full benefits of the technology.

There wasn’t enough content either and broadcasters gradually abandoned it. The BBC, which broadcast the 2012 Olympic Games in 3D, stopped broadcasting in 3D citing ‘lack of public appetite.’

Ultimately 3D was a fad - a technology that wasn’t needed and didn’t make the day-to-day TV viewing experience better. According to Ofcom in 2015 just 7% of UK TV homes claimed to watch TV content in 3D. 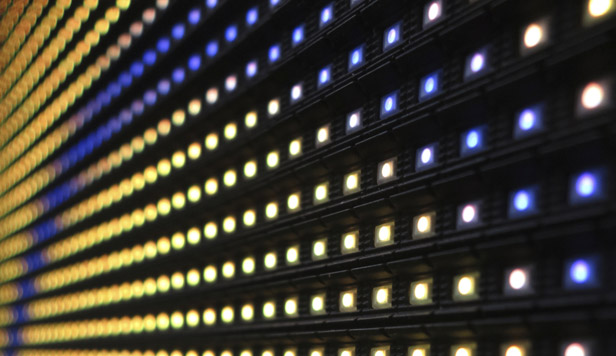 In the mid 2010’s LED screens became popular. The technology is similar to LCD, but used tiny LEDs as a backlight instead of CCFL lamps.

There are two different types of LED TV.

[Read more:  From viewing position to TV settings: Get the best football experience in your own home]

Television sets dubbed ‘smart’ TVs have built-in internet connectivity. This allows them to connect to a router, usually via an Ethernet cable or plug-in wi-fi dongle, to get online.

All the major manufactures make smart TVs.  The interfaces are different (the above is LG's webOS), but all include apps you can use to stream content or use extra features. These include free TV on demand apps BBC iPlayer or 4OD, subscription services like Netflix, or social networks like Facebook and Twitter.

Smart TVs were initially expensive, but prices have fallen and cheaper TVs include internet connectivity.  According to Ofcom at the start of 2015 21% of homes had a smart TV set, rising from 12% on 2014. 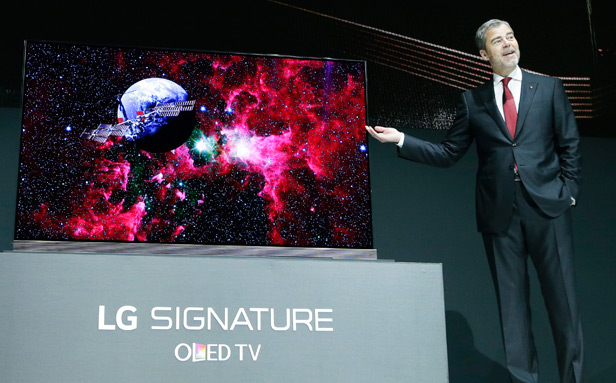 OLED (Organic Light Emitting Diode) TV sets are a variation on LED, but without a backlight. This allows them to be staggeringly thin – as little as 1mm deep.

Each pixel lights up individually, so when they are switched off blacks are exceptionally deep.  OLED panels have a response time 1000x faster than LED, which is great for fast-moving sports.

OLED is also physically flexible, LG created a screen that rolls up. This could dramatically change the way a home TV looks, opening up the possibility of curved sets and even screens that can be peeled off the wall.

At the moment OLED is expensive in comparison to other types of TV sets, although prices are dropping. The 55-inch LG 55EG9A7V costs around £800, while the LG 55-inch OLED55B7V offers 4K and costs around £1500, making it a premium product for the TV enthusiast, although LG believes that with improved production processes manufacturing costs will fall.

Video on demand lets you choose exactly what you want to watch, so you are not at the mercy of TV schedulers.

If you have a receiver with a tuner such as the BT TV YouView + box you can record a programme to watch later, pause what you are watching to get a cup of tea and record a series.

With BT TV you can rent and buy films from the BT Store.

Subscription services like Netflix also let you view programmes on a phone or a tablet, so you don’t even have to watch on a TV set any more.

It’s not just the technology that’s getting better. This a golden time for TV, with Netflix producing must-watch shows like The Crown and The Good Place – which you can stream on BT TV for the ultimate binge-watching experience.

Ultra HD or 4K refers to a set with a minimum resolution of 3840×2160 - four times as many pixels as Full HD and eight times as many as SD.

The advantage of such a high resolution is in the amount of detail you will be able to see. From the petals of a flower in a nature programme to beads of sweat on a footballer’s face, pictures will be incredibly realistic and close to real life.

The price of Ultra HD/4K sets have dropped over the last few years and they are much more affordable and over 50% of TVs sold now support Ultra HD/4K.