What is screen casting or mirroring? Watch entertainment from your phone or tablet on a TV

TV, sports and films on the small screen in your pocket don’t have to stay there: casting or mirroring can put them on the big screen in your living room in just a few steps.

You’re watching BT Sport on your phone, but what you really want to do is enjoy the action on your TV screen. There are ways to get the picture from the display of your handheld device onto the big screen. This is called mirroring or screen casting.

Are casting and mirroring the same thing?

Most of the time you can use screen casting and mirroring for the same purpose. Technically speaking, casting is when you get one thing on your portable device to show on your TV, like a movie from BT Player. Mirroring is when the entire contents of your PC or smartphone screen are displayed on your TV screen.

There are other terms for casting and mirroring, Google users see options for Chromecast and Apple uses the term Airplay. Many smart TVs, tablets and smartphones have a feature called Miracast, which is also called Smart View.

What equipment do I need to cast or mirror?

The most popular devices for casting or mirroring are Google Chromecast and Apple TV. These devices cost as little as £30, plug into one of the HDMI sockets on the back of your TV, and connect to your wi-fi.

Many smart TVs have a built-in feature called Miracast, which you can use to mirror or cast from a smartphone with Miracast. It’s great for sharing your own photos and videos, but many subscription TV and film apps will not let Miracast show their contents on TV.

When you cast or mirror to a TV, both the sending and receiving devices must be on the same wi-fi network as each other. You cannot cast or mirror from a remote location to a screen at home.

[Read more: What is Google Chromecast?] 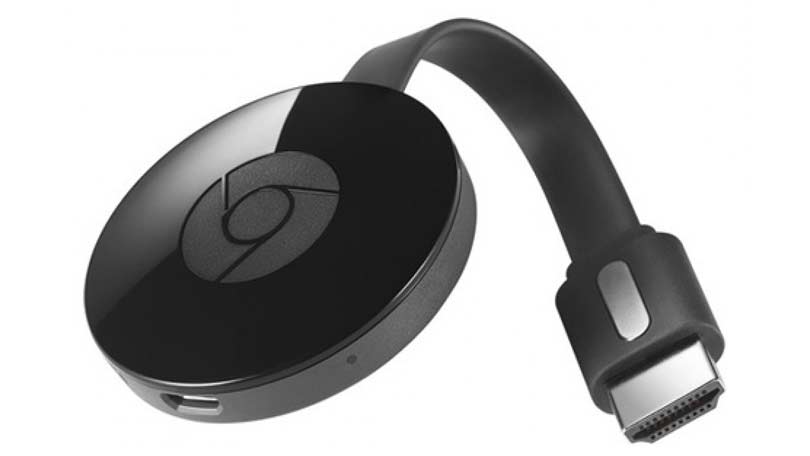 How do I cast or mirror onto my TV using Google Chromecast?

1: Make sure your streaming device is on the same wi-fi network as the smartphone app.

2: Apps and browsers which allow casting will show an icon on screen if casting is available. The Google Chromecast logo is usually in the top left or to the right of the address bar in Google Chrome. (Miracast is usually found in the Settings/Device Connection menu of your Android phone.) 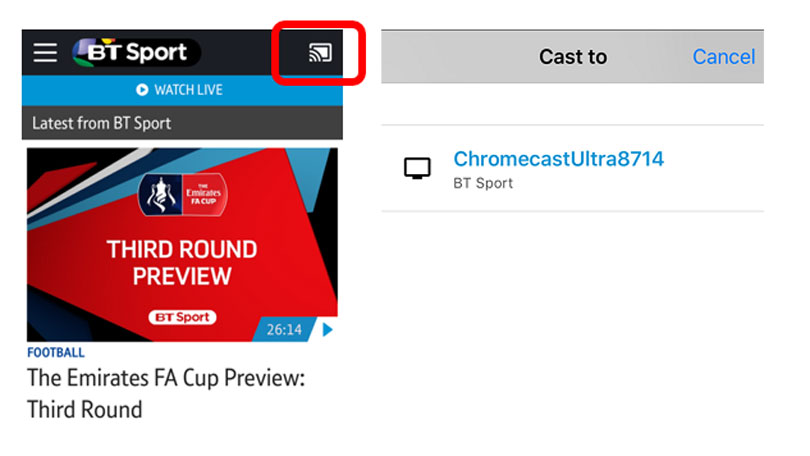 3: When you select the program like Cast, your device will show you any Chromecast in range which it can connect to. Select the device you want and it will automatically start playing. If your TV supports Miracast, it should signal you when you try to connect and you’ll just need to agree to the connection.

4: The controls for the video you’re casting or mirroring will still be on the screen of your smartphone or computer, including the volume which can usually be controlled using the volume buttons on your phone.

How do I cast or mirror using Apple Airplay and Apple TV?

To find out how to cast video from your iPhone or iPad to a TV with Apple TV click here.

Which apps support casting and mirroring?

BBC iPlayer, BT Sport, Netflix, YouTube, Spotify, ITV Hub, All 4 and many other catch-up TV apps support Chromecast and Airplay all support casting and mirroring. Amazon Prime Video can only cast from a Kindle tablet to another Amazon TV device like Fire TV.

The content of apps which don’t have casting built in can often be sent to your TV via full-screen mirroring. This can be hit-and-miss, and there’s no guarantee the screen will fill properly or the audio will be matched to the video.

Can I cast BT Sport?

BT Sport subscribers can stream the BT Sport app to a TV - it works with both Chromecast and Apple's Airplay and Apple TV as long as you are on the same wi-fi network.

Get the speed you need with our Superfast broadband