The Champions League is back in Ultra HD on BT Sport: Discover more about this TV technology

European football is back on BT Sport! Find out more about the benefits of the next generation of television tech.

The humble TV has seen a lot of changes over the last few years. We've moved from chunky CRT sets to slimline plasma, LCD and LED screens, while the quality of TV pictures has improved dramatically with the arrival of high-definition broadcasting.

Ultra HD or 4K (as it's also known) that offers four times the picture detail of today's HD tellies. BT Sport's Ultra HD channel is showing some UEFA Champions League matches in the format. The BBC showed the 2018 World Cup in Ultra HD, as part of a trial by BBC Sport.

The Ultra HD/4K picture format increases the resolution of TV pictures from the 1920x1080 pixels used for today's HD broadcasts to a whopping 3840×2160 pixels.

This means it has four times the amount of detail as HD and eight times as much detail as standard definition.

The technology is based on the Ultra HD standard used for projecting movies in digital cinemas, and it’s not just about the higher resolution – in the future Ultra HD will also support much higher frame rates to allow for smother motion in video footage.

The huge jump in picture resolution means that when you're looking at a Ultra HD up close you'll be able to see incredible amounts of detail, from fine lines on leaves in nature programs to individual faces in the crowd at sporting events.

During an Arsenal football match, Sony put adverts on blades of grass and boot studs, which could only be seen with a Ultra HD-ready TV.

TV broadcasts today are at a frame rate of 25 - and have been at this rate since the 1960s. BT Sport Ultra HD delivers action at 50 frames per second, that gives viewers much sharper pictures and less motion blur.

This should be especially noticeable on Ultra coverage of fast-paced sports such as football or motor racing, where camera pans will look much smoother and less blurred.

How do I watch Ultra HD/4K?

You won’t be able to watch Ultra HD on your current TV. Instead, you’ll need a Ultra HD-ready TV, which are available from a number of manufacturers including Sony, LG, Panasonic and Samsung. The BT Shop has lots to choose from.

Once you’ve got the set you’ll need to find some Ultra HD content to watch.

Another way is with Ultra HD Blu-ray, which you can find out more about below. 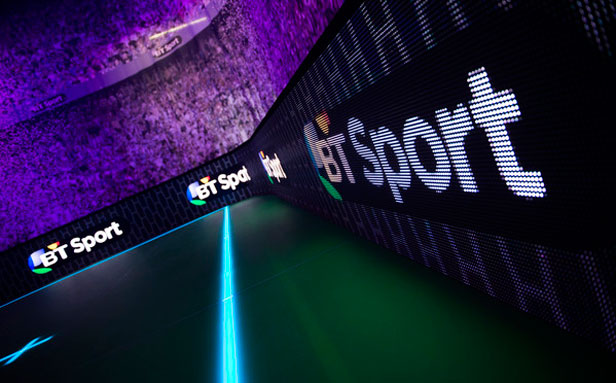 What is Ultra HD/4K Blu-ray?

In order to play the discs you need an Ultra-HD Blu-ray player. As well as playing Ultra HD/4K discs, they can play standard HD Blu-ray as well. Ultra HD Blu-ray doesn’t have region coding.

What films are available in Ultra HD/4K?

There are numerous Ultra HD  Blu-ray discs available including Star Wars: The Last Jedi, Jumanji Welcome To The Jungle and even Grease. Amazon has a dedicated 4K Blu-ray Store.

How good is Ultra HD/4K?

The huge jump in resolution offered by Ultra HD is a real benefit in terms of picture quality. Pictures are shaper and incredibly realistic, creating a near lifelike viewing experience.

Prices for Ultra HD/4K sets have fallen a lot and now the majority of TVs sold in the UK are Ultra HD-ready.

High Definition changed the viewing experience for millions, but Ultra HD is set to have an even bigger impact. Upgrading to a TV that supports the new format is a no-brainer, particularly for sports fans.