What is Uber? The company behind the global taxi app phenomenon

US-based cab company Uber claims to facilitate 10 million trips each day, but British authorities have pushed back against the taxi giant.

Since being founded in 2009, Uber - the American company whose app-based network connects cab drivers with potential customers - has helped its clients complete five billion trips and operates in 77 countries around the world. A pretty impressive record for a company yet to celebrate its 10th birthday.

However, it has not been plain sailing for the company in recent months as London authorities revoked its licence to operate in September. Transport for London (TfL) declared Uber “not fit and proper” to operate in the capital, after safety concerns.

On October 2017, Uber appealed the ruling, meaning it can still operate in London while the legal process is ongoing.

In the same month, The Sunday Times reported that Uber has abandoned its plan to expand into at least nine cities and towns around Britain, including Oxford, Bournemouth and Gateshead. It’s also in danger of losing its license in Brighton after breaking promises to use only local drivers and vehicles.

The company told BT.com that it had been granted over 80 licences by councils, and “on rare occasions we've not pursued applications as proposed conditions didn't fit with how our app works”.

#ECJ rules Uber is a transport service and so can be regulated as such at national level https://t.co/qPh2DS0Dbt

We take a look at the tech giant behind the recent controversies. 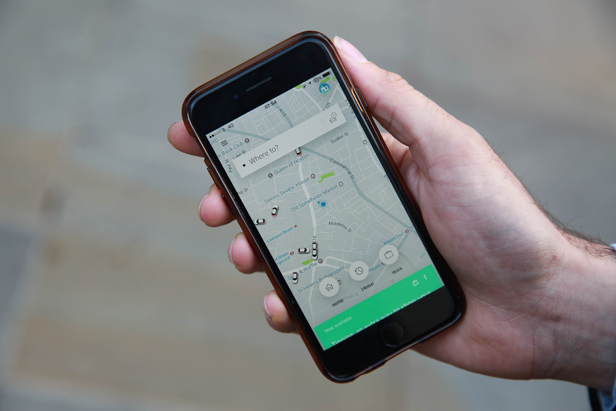 Where did Uber start?

Uber was founded in 2009, and its headquarters are in San Francisco, US. It also has offices in London, São Paulo, Mexico City, Amsterdam and Singapore. Its chief executive is Dara Khosrowshahi, and its founders are Travis Kalanick and Garrett Camp.

How does Uber work?

Uber allows its customers to request a car through its app. The person who ordered it will see their driver, the car’s number plate and an estimated fare, and are able to follow the cab's progress via a map on their phone.

Drivers can sign up to the service and use their own car to find and transport passengers. Payments are made by debit or credit card via the Uber app, so both parties know the fare and no cash has to change hands.

Where does Uber operate in the UK?

Globally, Uber has drivers in 77 countries and 616 cities worldwide.

[Read more: How does Uber work?]

Where is Uber banned?

Uber is banned in Vancouver, Canada, and it is also banned in the Northern Territory in Australia.

Closer to home, Uber is not allowed to operate in Denmark, Hungary or Barcelona.

Uber is incredibly popular. In London alone, 3.5 million people use it and a Change.org petition to keep Uber in London after its licence was revoked has been signed by 854,772 people.

Five billion trips have been completed worldwide from 40 million riders, according to stats from the company.

Will Uber use driverless cars?

Uber was forced to abandon its self-driving car trial in San Francisco after the 16 cars being used in the test had their registrations revoked. The vehicles were withdrawn after state regulators threatened legal action if the company did not stop the trial.

In March 2018 a self-driving Uber vehicle struck and killed a pedestrian in the first death involving a fully autonomous test vehicle, which led to Uber suspending the road-testing of such cars in the US and Canada.

The Guardian reported that Uber and the family of the woman killed, Elaine Herzberg, have reached a settlement over the incident.

[Read more: A self-driving Uber vehicle has struck and killed a woman in the US]

Part of TfL’s reason for revoking Uber’s licence was due to safety concerns. In a statement released on September 22, the regulator said “Uber's approach and conduct demonstrate a lack of corporate responsibility in relation to a number of issues which have potential public safety and security implications”. These include reporting serious criminal offences.

However, the strength of support for the Change.org suggests that people want the service to continue.

Will Uber be banned in London?

Uber has lodged a legal appeal agains the ban, and with the first hearing not expected until early December, it's estimated that it may be more than a year until it concludes.

An Uber spokesperson told BT.com: “While we have today filed our appeal so that Londoners can continue using our app, we hope to continue having constructive discussions with Transport for London. As our new CEO has said, we are determined to make things right.”

In previous places where Uber has been banned, the company has subsequently returned following a rule change or discussions with local authorities. In Austin, Texas, Uber pulled out of the city after it was ruled that drivers required fingerprint-based background checks, but after that requirement was removed, the company returned.