Bluetooth is now found in every mobile phone and tablet, but what does it do, and what kind of devices use the technology?

Bluetooth is a wireless technology which is found in pretty much every phone you can get your hands on. But it's also in many other devices and gadgets around the home and the office, such as laptops, speakers, headphones and more.

Bluetooth is used to connect devices that are in close proximity, cutting down on cables and giving you flexibility and freedom.

How does Bluetooth work?

Bluetooth is designed to allow devices to communicate wirelessly with each other over relatively short distances. It typically works over a range of less than 100 meters.

The range has been intentionally limited in order to keep its power drain to a minimum.

The fact that it is battery-friendly is a major plus, and one of the key reasons why it has become ubiquitous in mobile devices.

How do Bluetooth devices speak to each other?

To get Bluetooth devices talking to each other you first need to 'pair' them, which is very straightforward.

Make sure the two devices are within range of each other and set them both into pairing mode so they start looking for each other. This process will vary from device to device – on a smartphone that’ll mean tapping a Bluetooth icon like the one below, while on a stereo you’ll probably have a dedicated Bluetooth button that’ll also carry the Bluetooth symbol. 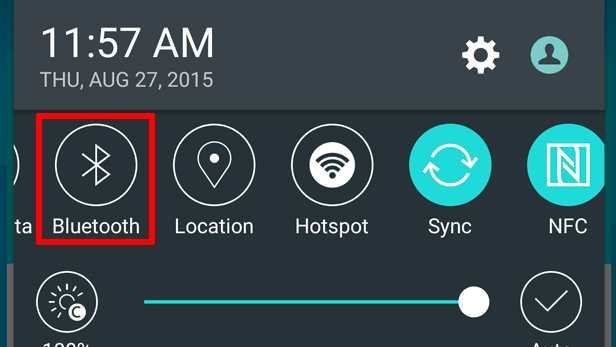 To pair a set of stereo Bluetooth headphones with a phone you usually start with the headset turned off and press and hold the power button until it enters pairing mode.

Open the Bluetooth menu on your phone and set it so it’s visible to all nearby Bluetooth devices. The phone then finds the headset and automatically pairs with it.

Sometimes you'll also need to enter a paring PIN number, which is usually printed in the headset's manual.

What are the benefits of Bluetooth?

There are loads of great reasons to use Bluetooth.  It uses very little power so it doesn't drain your phone's battery as much a wi-fi or 4G.

Bluetooth can be put to a pretty broad range of uses. On most phones you can transfer contacts, photos and video between devices via a Bluetooth connection without having to install any extra software.

You can use Bluetooth to connect a smartphone to headsets or car kits for hands-free calling. There are even keyboards now on the market that connect to phones and tablets via Bluetooth.

What versions of Bluetooth are there?

The first version of Bluetooth launched in the year 2000, but it was riddled with bugs. Bluetooth 2.0 followed in 2004 and was a major step forward - it was much easier to use than the original version, much faster, and used only half as much power, meaning it wasn't such a drain on the phone's battery life.

Bluetooth 2.1 landed in 2007, and brought some much-needed extra security features that made it less vulnerable to hackers.

In 2009 the technology took another leap forward with the launch of Bluetooth 3.0. This added high-speed data transfers, making it much easier to send files to and from devices wirelessly. In fact, it was 11 times faster than the version used three years before. 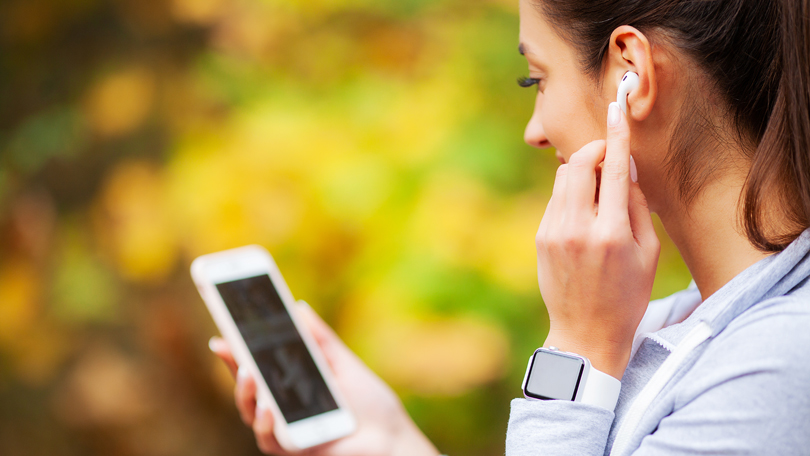 The significant innovations in Bluetooth 4.0 were greater range (so you could listen using your Bluetooth headphones further away from your phone) and a low-energy feature that sapped less battery life. This version was the driving force behind the explosion in popularity of wearable devices like smartwatches and activity trackers, as it could be powered by much smaller batteries than previous versions.

Bluetooth 4.1 laid the groundwork for interacting with smart home devices like thermostats and smart light bulbs, because it could talk to them through the internet-based cloud while they were out of range. It arrived in 2013.

Modern devices use Bluetooth 5.0, which arrived in 2016. Its main purpose is to connect devices over the internet, meaning you can control your smart home devices from the other side of the world. It's also twice as fast as the previous version, has four times the range (up to 120 metres), and eight times more capacity.

What devices are Bluetooth-compatible?

All sorts of devices use Bluetooth. Smartphones and tablets use it to connect wirelessly to devices like speakers and headphones, so they can play music without being connected by cable.

Wearable devices like smartwatches and fitness trackers use Bluetooth to send health and fitness information back to your smartphone. They can also show messages, emails, calendar appointments and more by receiving them over Bluetooth from your phone. 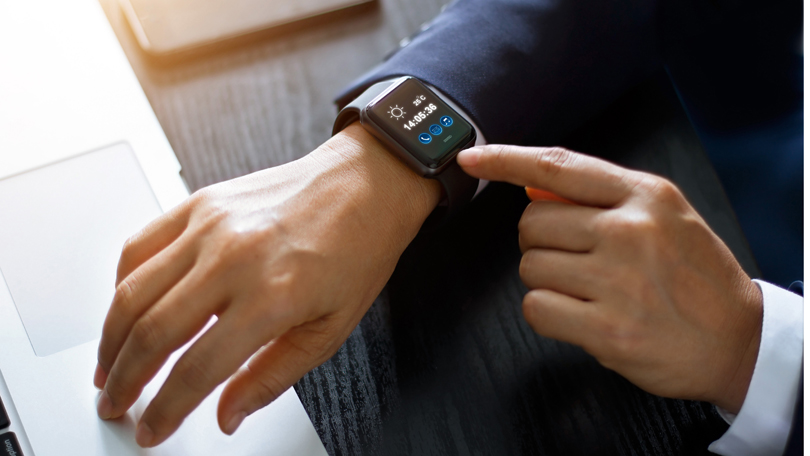 Though it's not used as much, laptops and desktop computers use Bluetooth too. That means you can connect them to wireless speakers and headphones, and to your smartphone to transfer photos and other files quickly and easily. Bluetooth also comes as standard on most modern games consoles so they can work with wireless controllers.

Some TV remote controls use Bluetooth, which means you don't have to point them directly at your TV or set-top box in order for them to work. This means you can place your set-top box in a cupboard out of sight.

Because of its huge range of uses, Bluteooth is found in all sorts of devices. If it's in your home and it has a plug, chances are it either uses Bluetooth now or will do in the future.

It's the brainchild of Nils Rydbeck (from Swedish mobile firm Ericsson Mobile) and Swedish inventor Johan Ullman. They started work on the technology in 1989, though then it was known only as short link radio technology. Work continued over the next decade, with the involvement of several Ericsson engineers, until the first Bluetooth device launched in 1999. It was a mobile headset that let you use your phone handsfree.

The technology was named after 10th-century king Harald Bluetooth, who united dissonant Danish tribes into a single kingdom. The name was chosen by Intel engineer Jim Kardach, who thought the technology would unite different types of communication technology, just as its namesake united the population of Scandinavia.

Accordingly, the Bluetooth logo is a combination of the ancient runes for 'H' and 'B'.

Scan for Bluetooth devices using your smartphone and you'll see a list of phones and tablets nearby which have Bluetooth turned on.

A pop-up box always appears telling you someone is sending you a file, so make sure you never accept a file from a device you don't know.

If in doubt, turn Bluetooth off.

Get more for your money with our amazing SIM-only deals

Looking to upgrade your phone? Check out these amazing handsets