Palm oil is the most commonly produced vegetable oil, but it’s doing more harm than good. Find out why.

Such a simple ingredient, but we all have our favourite oils to cook with. Whether it’s extra virgin olive oil, peanut, corn or rapeseed, they all have their special flavour profiles.

Some are good for frying, others make great vinaigrettes, but the one oil that’s not worth savouring is arguably palm oil. So much so that in April, Iceland announced it was cutting palm oil from it's own-brand foods, the first UK supermarket to do so.

What is palm oil?

While you may be tempted to choose palm oil over other oils such as vegetable oil, it’s been linked to many environmental, animal and even human rights violations.

Palm oil is a saturated fat made from the fruit of a palm tree (not to be confused with palm kernel oil, which comes from the seeds of the same plant), and while it may fry those potatoes to perfection, it’s also high in saturated fats.

Chips made with palm oil contain 75 percent more saturated fat than chips made with sunflower or canola oil (similar to vegetable oil in flavour, it can also be drizzled over salads). The NHS warns that eating lots of saturated fat can raise your cholesterol and increase your risk of heart disease.

What else is palm oil used for?

The bad news is, that along with processed food, frozen pizzas, biscuits and margarine, palm oil is so versatile it also lends itself to body creams, soaps, make-up, candles and even detergents, so it’s hard to avoid in our everyday lives.

Does palm oil have any benefits?

Palm oil production does have some benefits. It's a highly efficient crop, meaning that a lot more palm oil per acre can be produced compared to other oil crops like soybean oil or coconut oil.

It's suggested that oil palm trees do not require as many pesticides or fertilisers to grow them. Furthermore, the palm oil industry has given jobs to hundreds of thousands living in poverty in developing countries.

What impact is palm oil having on the environment?

Indonesia is the world’s largest producer of palm oil and huge tracts of rainforest in Southeast Asia, Latin America and Africa are being cleared to make room for palm plantations.

Along with the effect on the climate, endangered species such as the orangutan, Borneo elephant and Sumatran tiger are being pushed further to extinction as their forest habitat is cleared.

How can you avoid palm oil and make a difference?

Read the label. EU labelling regulations require food products to clearly indicate if they contain palm oil. However, you may have to do a little more research when it comes to non-food items such as cosmetics and cleaning products. A little bit of googling should reward you with palm oil-free alternatives.

Change your cooking habits too. Try to use fresh ingredients and avoid processed foods. Oils such as sunflower, olive, rapeseed (which has the lowest saturated fat of any culinary oil, and less than half of olive oil) or flaxseed are perfect for cooking, baking and making a healthy lifestyle choice for yourself, and the environment.

[Read more: 18 easy ways to make your meals even healthier]

Home improvement, interior design and gardening ideas
5 of the best holiday destinations you can visit to see sharks close up
Food and drink ideas, innovative recipes and healthy eating options
Keep your mind and body on top form with our guides to healthy living 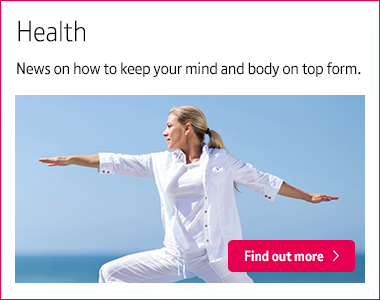