Four things you should know about Parkinson’s disease

Here's what you need to know.

Several high-profile sufferers of Parkinson’s disease including the late, great Muhammad Ali, Michael J. Fox and Billy Connolly have helped raise the profile of the condition to the extent that most people have heard of it and can identify its most basic symptoms.

Research from Parkinson’s UK suggests that there is still a lot of ignorance. We found out what you need to know about the conidition.

Parkinson's is a degenerative neurological condition, for which there currently is no cure.

People with Parkinson's don't have enough of a chemical called dopamine because some nerve cells in their brain have died. Without dopamine people can find that their movements become slower so it takes longer to do things.

The loss of nerve cells in the brain causes the symptoms of Parkinson's to appear.

There's currently no cure for Parkinson's and we don't yet know why people get the condition.

Every hour, someone in the UK is told they have Parkinson's. It affects 127,000 people in the UK - which is around one in 500 of the population.

[Read more: Do you have RSI? Check the signs and symptoms of repetitive strain injury]

2. What are the symptoms?

The main symptoms of the condition are tremor, slowness of movement and rigidity.

A third of people with Parkinson’s have been stared at, a quarter have had symptoms mistaken for drunkenness, and one in 10 having been laughed at because of their symptoms.

“It’s devastating to see the added burden thoughtless reactions from the public are having on people with Parkinson’s,” says Professor David Burn, Parkinson’s UK clinical director and consultant neurologist.

“Patients I see in the clinic are already battling a myriad of neurological symptoms including anxiety, depression and insomnia. The last thing they need is to feel like a zoo exhibit when they step out of their front door.” 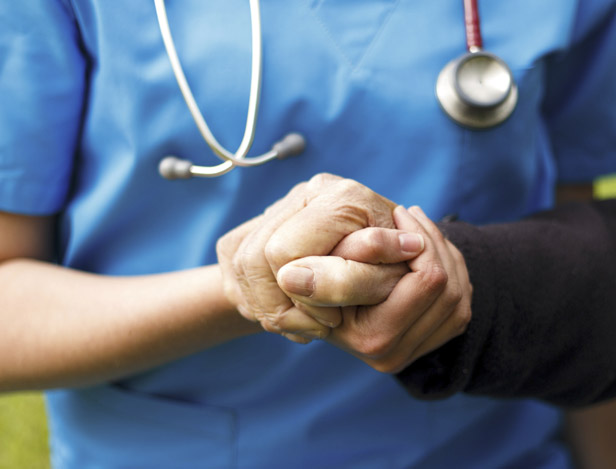 3. It's not the same for everyone

Not everyone will experience all of these symptoms though, and the order in which symptoms appear and the way symptoms progress also varies from person to person.

“Parkinson's is a very individual condition, with each person experiencing different symptoms. The condition isn’t always easy to detect at the beginning,” explains Suma Surendranath, professional engagement and education manager at Parkinson’s UK.

“Many health issues that people with Parkinson's report before they are diagnosed - like a loss of smell, constipation or a frozen shoulder - are not specific to Parkinson’s.

“Additionally non-motor symptoms such as sleep disturbance, constipation and loss of sense of smell can pre-date the motor symptoms, such as a tremor, slowness of movement or rigidity, by up to a decade.

“This is why Parkinson’s UK is working to not only increase awareness of the condition among the public but also across the general medical community. Our aim is to create a more Parkinson’s aware and Parkinson’s friendly community in all walks of life.”

[Read more: Tired? The vitamins and minerals your body needs to help you sleep better]

4. What other symptoms should I look out for?

Other symptoms of Parkinson's can include: