6 of the worst menopause symptoms you need to know about

Think hot flushes are all you’ve got to worry about when it comes to the menopause? Well, think again.

Most women live in secret fear of the menopause; that time when we are officially too old for babies and find ourselves randomly grabbing notebooks, hats and anything else that’s handy to fan down what feels like an almost-constant wine flush.

Ahh, the joys of being an aging woman.

“The menopause can include an array of psychological and physical symptoms,” says Amanda Bunn, research psychologist and honorary research fellow at Middlesex University.

“Each woman’s experience may vary depending on what else might be happening in her life at the time, and how she copes with the symptoms and changes that occur.”

So if you hadn’t prepared yourself for these middle-aged side effects, brace yourself…

As we age, many women find it more difficult to sleep – and this can turn to full-on insomnia during the menopause, when our levels of progesterone (known as a sleep-promoting hormone) and oestrogen, drop, so we’re more likely to wake at night.

With one in four middle-aged women unhappy with the quality of their sleep, it’s no surprise a recent study revealed menopausal women are almost four times more likely to suffer from insomnia.

Another factor we assume comes with age is forgetfulness, but memory loss can actually be brought on during the change.

And worse still, research conducted by the University of Illinois and Northwestern University revealed that the women who had the most hot flushes had the worst memory.

The findings back-up a previous study by the University of Rochester Medical Centre stating that fluctuating levels of female hormones affect the memory.

Remember those moody teenage years? It can feel like Groundhog Day once the menopause comes along. 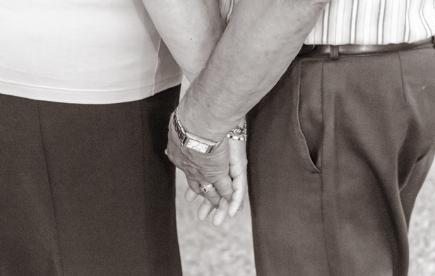 The other symptoms obviously impact on how you’re feeling, and some women do experience depression and anxiety, but at the very least, expect a rollercoaster of emotions, thanks to the fluctuation in hormone levels.

A loss of sex drive affects one in five men at some stage in their life, but it affects even more women, particularly later in life.

When the oestrogen begins to fall, so too does your libido. And as if that’s not enough, you may also experience vaginal dryness and pain, itching or discomfort during sex and may be more susceptible to urine infections.

Life can feel like a general headache once the menopause strikes, but actual head pain in women is also caused by hormones.

According to Dr Anne MacGregor, formerly of the National Migraine Centre, at least five million women experience hormone headaches each month and they usually worsen as you approach the menopause - partly because periods come more often and partly because the normal hormone cycle is disrupted.

Though not normally a cause for concern, hormonal changes can also bring on heart palpitations.

Your heart may feel like it is pounding, fluttering or beating irregularly, often for just a few seconds or minutes, and if you’re really unlucky, you may also feel these sensations in your throat or neck.