Here are 6 invasive plants that we should all stay away from.

Giant hogweed is just one of what are known as ‘non-native invasive plants’, so called because they were brought to this country by humans and they threaten habitats and other species around them.

They’re not all poisonous, but it’s a criminal offence to plant or cause to grow these pesky plants.

But unless you accidentally suffer agonising burns, how do you know if an invasive plant is in your garden? Here are six of the most common non-native invasive plants and why they’re so risky. Follow the advice on the RHS website if you find any of the following species on your property. 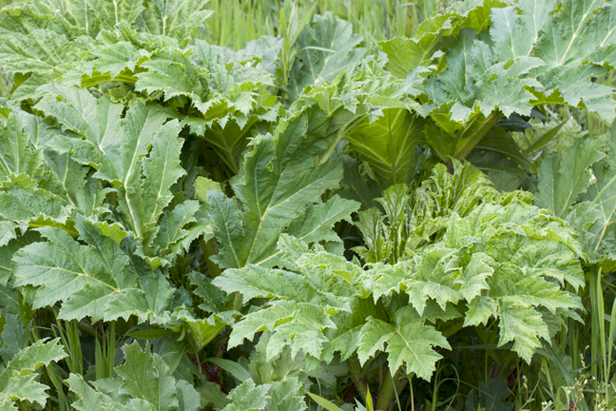 The sap of giant hogweed can cause severe burns in bright sunlight, so you should always wear gloves and adequate clothing if attempting to get rid of it using weedkiller or non-chemical methods.

Japanese knotweed is not damaging to health but it’s very hard to eradicate. Characterised by strong, bamboo-like stems, it damages the environment, growing vigorously on river banks, and has been a problem in the construction industry because once in soil on vacant sites, it can spread quickly. 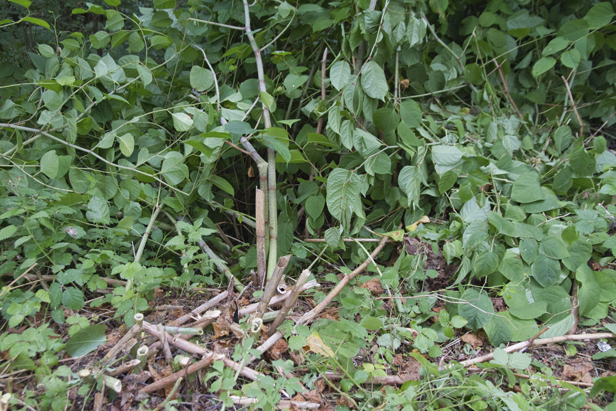 It is not illegal to grow Japanese knotweed in your garden, but you must not allow it to spread into a neighbour’s garden or non-garden areas – if you do you could be on the receiving end of an Asbo.

This grows in wet places such as riverbanks and can be a problem in damp gardens. It spreads via exploding seed pots which can cast the seeds two metres away. Once established, if you remove Himalayan balsam from riverbanks you cause erosion and destruction because there is nothing left to take its place. It looks like a giant busy Lizzie, growing between four and five feet and producing pinky-purple flowers.

This is another purple-flowering non-native which has invaded areas of the New Forest and Welsh mountains. It is an evergreen shrub that spreads anywhere where there is acid soil and promotes a disease called ramorum (sudden oak death). 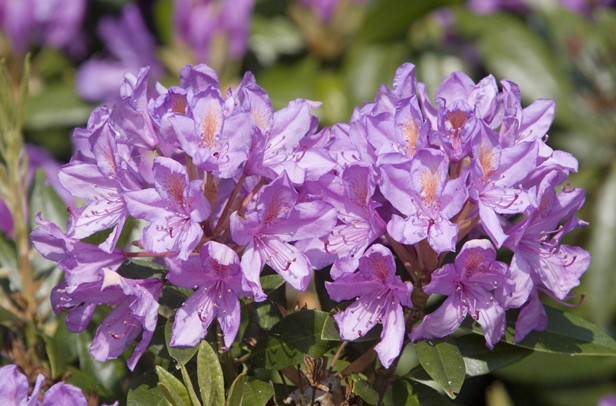 You do find rhododendron ponticum growing in people’s gardens and it spreads by seeds – in a wet year plants may emerge within a distance of 200m. The bush will shade native flora and fauna, which can mean the death of ferns and other low-growing species.

This is an invasive aquatic species which used to be sold as a pond plant, but was made illegal in 2014. 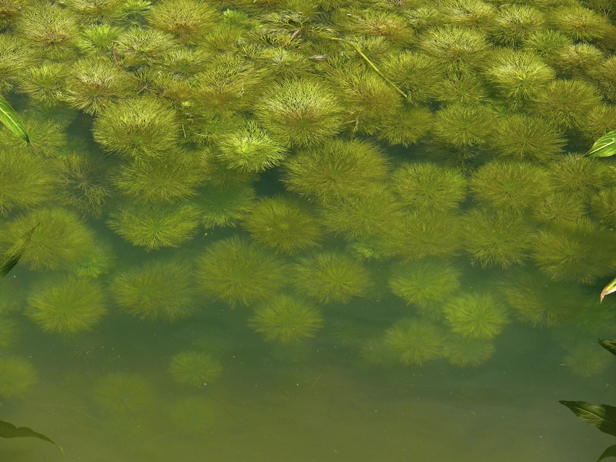 It spreads quickly in ponds, lakes and canals, swamping native vegetation. It is mainly found in Southern England but is spreading.

Many of us have this spiny plant in our gardens, using it as hedging, but it is quite invasive in certain areas. 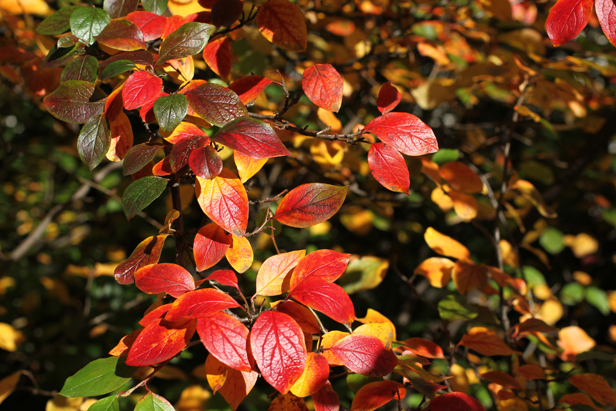 People who have rural gardens should steer clear because it can end up in great swathes in downlands, the seeds being carried by birds and spread over wide areas.