Your ultimate flower calendar: The best time of year to plant all your garden favourites

The best planned gardens are those which offer interest all year round, whether in flowers, foliage or berries.

Not sure what to plant when? Here’s our guide to give you colour in every season.

Early winter is a great time for planting bare-root roses and other dormant shrubs before the ground becomes too hard or waterlogged. They should give you plenty of colour in the warmer months.

Meanwhile, winter is the peak season for brightly berried hollies, delicate-looking hellebores, shrubby honeysuckles, fragrant yellow evergreen mahonias and wintersweet, whose pale yellow flowers hang from bare stems from December to March and which gives the more popular witch hazel a run for its money.

For scent, look no further than Viburnum x bodnantense and, if you’re after unusual berries, check out the purple fruits of Callicarpa bodinieri var. giraldii ‘Profusion’, which can last until December.

In January, see the first of the bulbs emerge, including snowdrops, crocuses and early daffodils such as Narcissus ‘February Gold’.

Unlike other spring-flowering bulbs, tulips can be delayed from planting until November and December, if the ground isn’t too hard or waterlogged.

Winter pansies and violas which gave some colour in tubs and troughs in the autumn may sulk during the depths of winter, but they’ll spring back to life when the days become longer in spring.

Late winter is also a great time to sow seed in a heated greenhouse or on a windowsill, such as tuberous begonias, busy Lizzies and sweet peas. 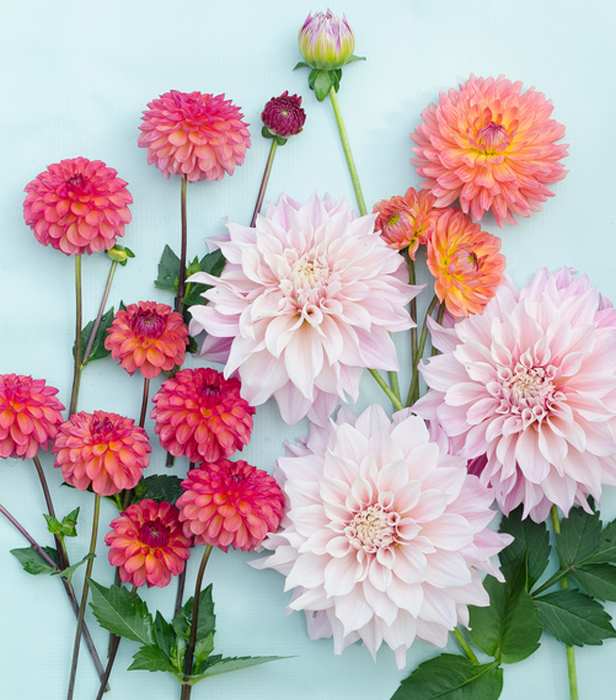 Beautiful summer-flowering bulbs such as dahlias, cannas and lilies can be planted in spring.

Plant lilies in early spring before the bulbs dry out.

Tender bulbs such as dahlias, cannas and begonias are not frost-hardy so start them off in pots indoors in the spring and don’t put them out until all danger of frost has passed. Most bulbs prefer a sunny position, or will do well in light shade.

Spring is the time to enjoy the bulbs you planted in the autumn, whether it be masses of bright yellow daffodils, heavily-scented hyacinths, frilly tulips or lollypop alliums.

Other spring-flowering beauties include dicentra (bleeding heart), whose ferny foliage covers fading snowdrops in spring and whose pink flowers provide a pretty display from mid-spring.

Evergreen perennial wallflowers, crown imperials and aquilegia vulgaris are other colourful stars of spring, while hardy perennials and shrubs can also be planted at this time of year, as the ground becomes warmer and easier to work.

Spring is also the time to plant colourful primulas, heathers and hybrid primroses to perk up your patio pots.

If you can take pots under cover at night, you can plant up summer containers and hanging baskets in late spring.

It’s also a perfect time for planting perennials including lupins, delphiniums, foxgloves and peonies, keep them well watered and wait for the summer colour to arrive.

[11 ways to deter unwanted cats from venturing into your garden] 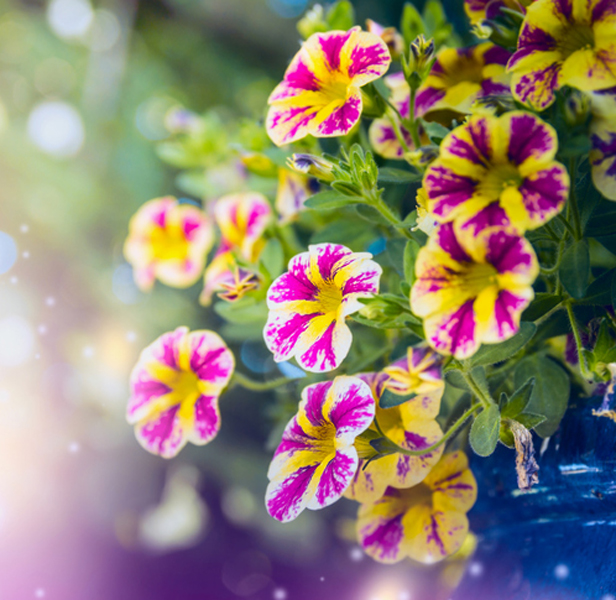 Early summer is arguably the most colourful time in the garden, when you can plant up all manner of annuals - either grown from seed or available in garden centres - in your containers and troughs.

As soon as all risk of frost has passed, pelargoniums, lobelia, stocks, petunias, verbena, fuchsias and begonias can go outside.

If you have cover, you can give them a head start by planting up pots in spring, but only if you have somewhere to protect them.

Summer perennials should be coming into flower – lupins, delphiniums, roses and climbers including large-flowered clematis are in their element and lavender flowers are producing their heady scent.

Early summer also heralds the arrival of alliums, whose blue or white pom-pom flowers provide a focal point in the border.

Don’t forget to include some late-summer flowers in your scheme, which will appear from August onwards.

Lillies should be bursting open in mid-summer, while border phlox will only start flowering when summer is well under way.

The white or pink flowers of the low-growing ice plant, Sedum spectabile, will be a magnet to bees and butterflies in the late summer border, while tall-growing princely dahlias look great in mixed borders for a sub-tropical look and blue hydrangeas provide late summer interest both in beds and large pots.

July and August are not ideal planting times if you don’t want to be a slave to the watering can.

You’re better off focusing on deadheading, watering and feeding plants which are already established.

If you want swathes of daffodils, crocus, alliums and snowdrops, autumn is the best time to plant spring-flowering bulbs.

Crocus and narcissi can be planted at any point until early December, tulips should be left until late autumn, while snowdrops and other small bulbs are best planted immediately after purchase.

As a rule, plant bulbs at three times their depth below the surface of the soil or compost.

If you have planted an area of flowering prairie, it should be approaching its pinnacle in September, while shrubs which were planted in spring including buddleia davidii, hydrangea, escallonia and Ceanothus ‘Autumnal Blue’ offer further colour.

Replace summer bedding as it comes to an end with plants for winter and spring, and plant winter bedding and spring bulbs in containers this season.

Autumn is also a time when brilliant leaf colour comes into its own, whether you have stunning Japanese maples (acers) in pots or borders, katsura trees, which turn through every shade of yellow, pink, orange and red as the season progresses.

Berries also appear in shades of orange, yellow, red and black, on stalwart shrubs such as pyracanthas, cotoneasters, sorbus and Rosa rugosa.

Autumn is also a great time for planting container-grown trees, shrubs, climbers and roses, while the ground is still warm and workable, while in late autumn you can begin to plant bare-root plants, provided the leaves have fallen off and the plants are dormant.