How to make sure your log fire and chimney are safe

There are some obvious – and some hidden – dangers to look out for before you get toasty by the fire.

Whether you like toasting marshmallows or stretching out on the hearth rug like a cat, everyone likes an open fire in winter.

“When people start to have open fires during the colder months, that’s when we start to see a rise of calls,” says a London Fire Brigade spokesperson.

The spokesperson says the elderly are particularly vulnerable, as they don’t feel the heat so strongly and may forget to put up fire guards.

Explaining their use of open fires, he says: “If you’re an older person with perhaps limited mobility – and you don’t go out so much – you might be worried to use your central heating because it’s expensive.”

Elderly people, he adds, are “prone to forgetting to put the fire guard up on open fires.”

“People tend to associate carbon monoxide with gas fires,” he says, “but actually it happens with solid fires as well.

If you cover over your air bricks – and don’t have your chimney swept, so the ventilation isn’t very good – it means the wood doesn’t burn as completely as it should and produces carbon monoxide.

“The trouble is, you can’t see it or smell it, so it has quite an insidious effect. Over time, it can start with headaches and nausea – and it can kill you.”

He recommends fitting a carbon monoxide detector where you have any fuel-burning appliance.

It might sound obvious, but one of the risks from open fires is people standing too close to them.

“We’ve had people who’ve ignited themselves,” says the spokesperson. “It’s that thing of coming in freezing cold and standing right in front of the fire. 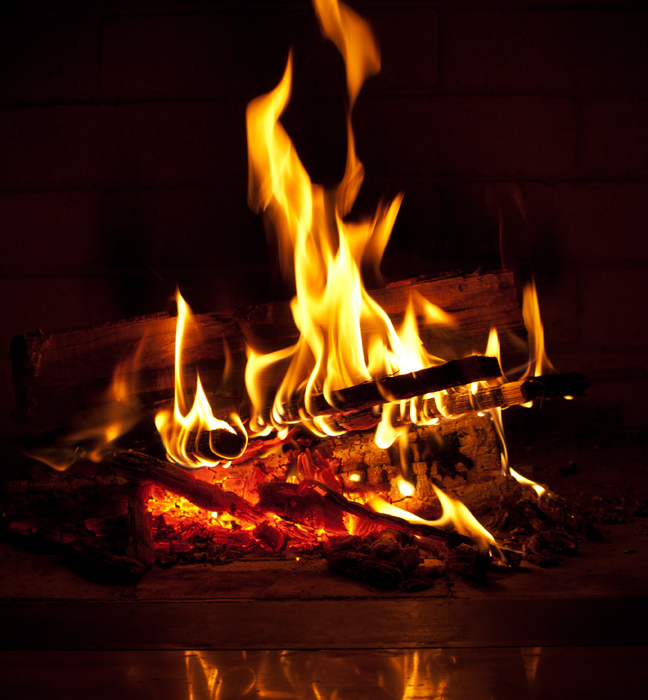 “If you’ve got something like a dressing gown on, or are wearing a thin material like cotton, that will easily catch fire.

“If you’re an older person and you don’t feel the heat initially, that can cause the clothing itself to ignite – and it’s the same for radiant fires.”

Another big problem is people hanging things to dry, such as socks or tea towels, from mantelpieces. It might be away from the flames – but it’s still hot.

The spokesperson says another common problem is people buying old houses and opening up the fireplace again without properly restoring it first.

“If you’re opening it up for the first time, the big temptation is to light a fire,” he explains. “But often, the normal half-surround you would have with an old fire – which stops the sparks jumping onto the carpet or igniting your woodwork – is gone.

And it may not have the concrete in place which used to form the hearth.”

Log-burning stoves are safer because there’s less risk of sparks jumping out – but because they’re enclosed, you’ve got a greater risk of carbon monoxide if you block vents and the fire doesn’t burn properly.

Every chimney has a lining so that the fire can’t get to any timber that’s behind the brickwork – such as the joists for your ceiling and floors.

But if that lining’s not maintained, sparks can make it through the chimney into the woodwork around it.

“The worst chimney fires are the ones where sparks have ignited woodwork,” says the spokesperson. “They take ages to put out and are really difficult to extinguish without damaging people’s property – plus they’re difficult to track.”

“It’s particularly bad with thatched roofs, or anywhere the chimney’s not been maintained.”

For more tips, go to the London Fire Brigade’s website.

5 tips for cleaning your washing machine