Looking for a winter sun destination with centuries of culture and a personal challenge thrown in? Martin Robbins enjoys the sights of the Greek capital and takes on the world’s original marathon.

There’s nothing like a bit of Mediterranean winter sun to recharge batteries jaded by chilly British weather. With Athens fewer than four hours away from London – the many airlines serving the city include Aegean with flights at convenient times - and offering centuries of history and culture as well as high off-season temperatures, the Greek capital makes an irresistible winter sun destination.

Ancient Greece gave the world the Olympic Games and the most iconic event of its modern reincarnation – the marathon. I was here to experience both the ruins and, more worryingly, the run.

When I visited in mid-November it was a consistent 20 degrees and blue skies. I arrived in the evening and waking up the next morning I headed to the rooftop pool of the Novotel. 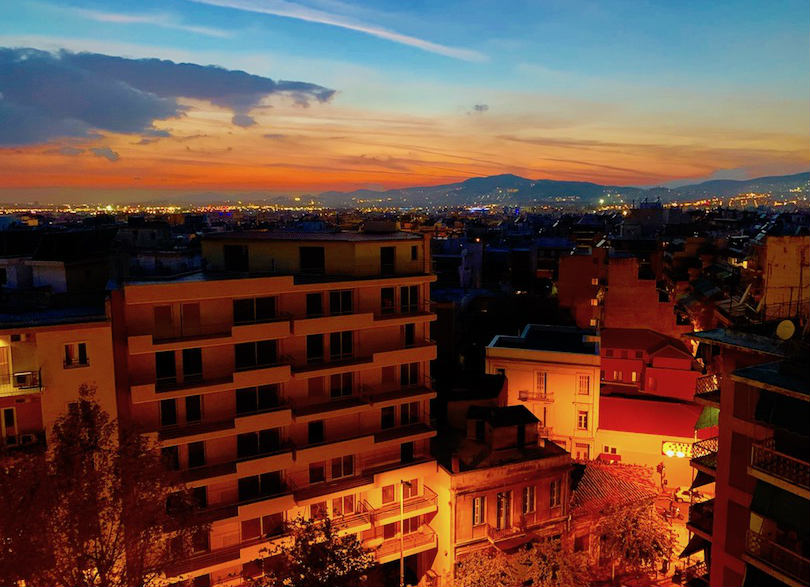 When you haven’t felt the hot sun on your face for a few months, it’s an amazing feeling just to close your eyes, tilt your head back and just soak up the rays. Knowing I was to run the marathon the following day, this really was a moment of relaxation before the hard work began. And the views from up there were absolutely stunning.

Taking in the sites of Athens

My first impression of Athens out of season was just how quiet it was. Even the spectacular Acropolis – just a short taxi or metro ride away from the Novotel - was largely tourist-free. There were no queues to get in and I could stroll around enjoying the sights at my own leisure.

The Acropolis should be top of all visitors’ wish lists, epitomising the ancient heritage and importance of this fantastic city. The Acropolis – its name translates as highest point of the town - was built in the 5th century BC on a rocky hill. 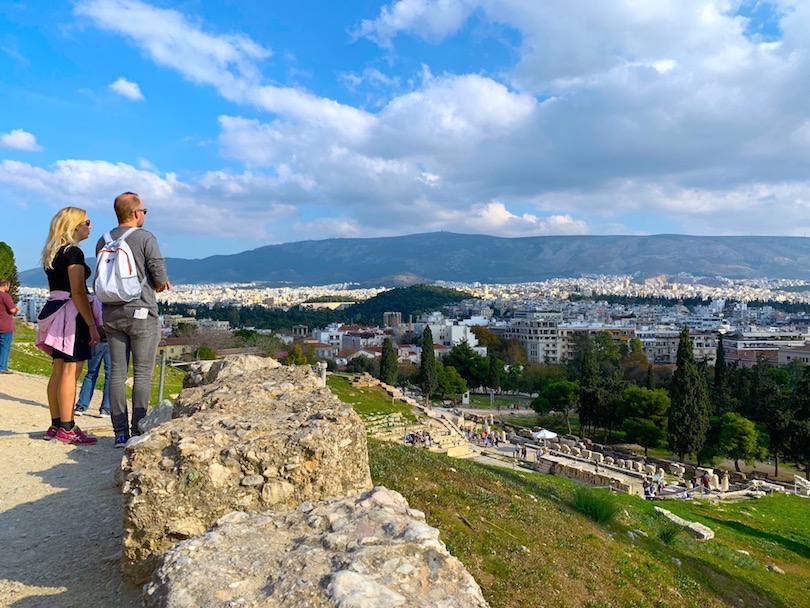 The Acropolis complex is a collection of temples – foremost among them the Parthenon – sanctuaries and theatres. It is said that on this rocky outcrop, democracy, philosophy, theatre, freedom of expression and speech were all born, providing to this day the intellectual and spiritual foundation for the contemporary world and its values. 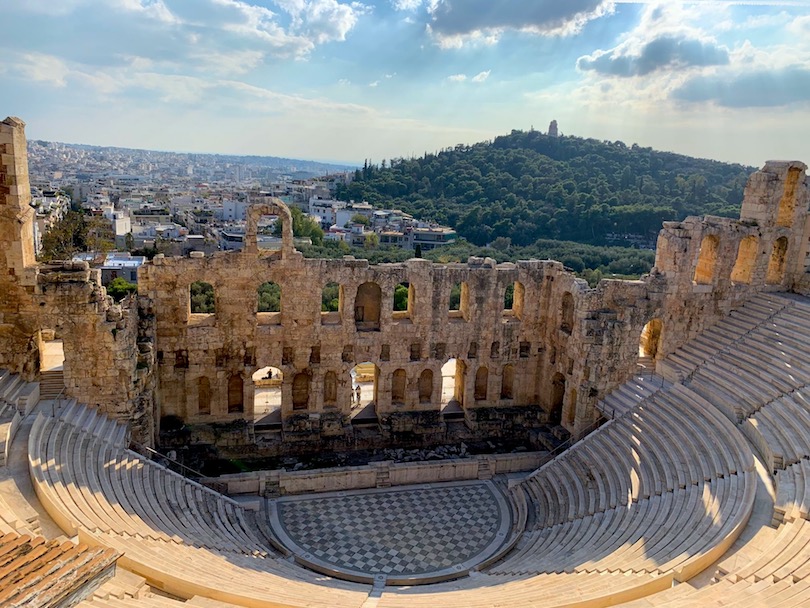 It’s a steep climb if you want to go all the way to the top – but it’s worth the reward of panoramic views across the city. From the Acropolis, you see the city is surrounded by bright white buildings and mountains and to the south west, looking out over the Mediterranean – photos don’t do it justice.

Even if you can’t make it to the top you can still get amazing 360-degree views of Athens and the surrounding countryside.

One additional benefit of visiting out of season is that you get half-price entry to some of the city’s tourist attractions, including the Acropolis itself.

Running in the footsteps of the Ancient Greeks

While the ancient Olympic Games took place in Olympia, some four hours away from Athens, the Greek capital can lay claim to one of the most iconic events in modern sport – the Marathon.

In the year 490 BC, a soldier named Pheidippides ran from the town of Marathon to Athens to announce the glorious defeat of the Persians to the anxious Athenians. One 25-mile jog later, he delivered the news before dropping down dead. 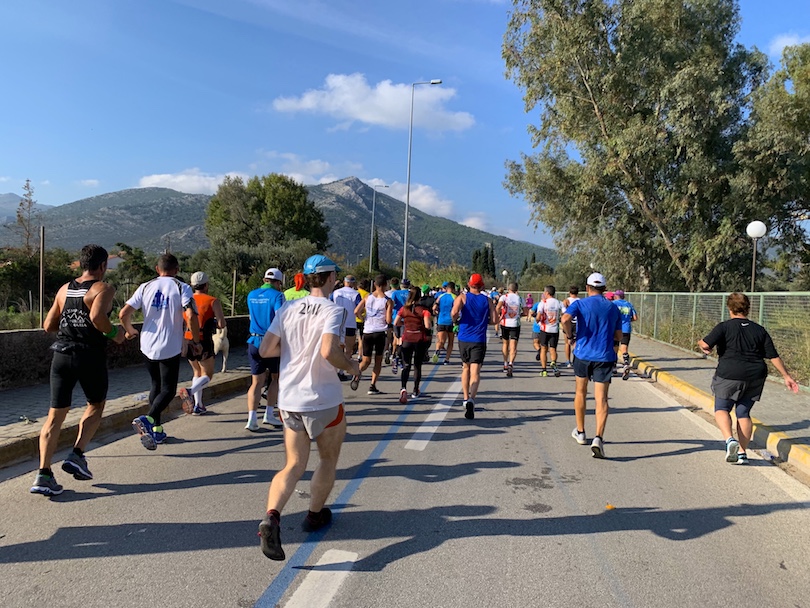 More than two and a half thousand years later, and with the official Marathon distance stretched to 26 miles, 385 yards at the 1908 London Games partly to accommodate a finish in front of the Royal Box, I had the dubious pleasure of running the same route, albeit with the luxury of paved roads, sports trainers and plenty of friendly people handing out water and snacks along the route. Oh, and I hadn’t just fought in a battle.

Starting in the town that gave all marathons their name with butterflies in my belly and ending in the iconic 1896 Olympic Stadium with tears in my eyes and lead in my legs. It was certainly an emotional rollercoaster but the roadside support helped carry me along, as did the great views along the way and regular blasts of motivational music.

Many people were running for children’s charities, some pushed a child in a wheelchair others were running with visually impaired people for blind charities. 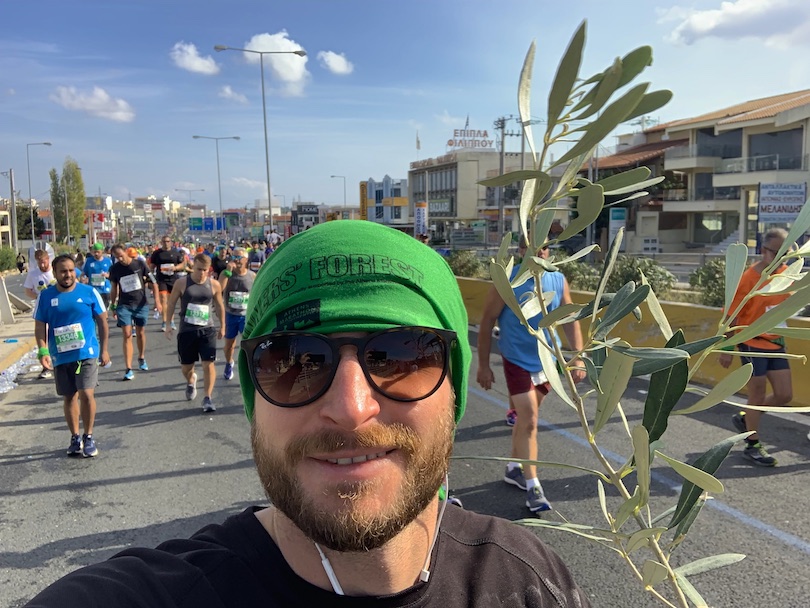 The 2018 Athens Marathon was an incredibly well-organised event. What struck me was the kindness of people – from the cheering crowds to the other runners. I confess I didn’t expect such hot weather and got very sunburnt along the route, but one woman very kindly gave me her bandana to help protect me from the sun and another gave me an olive branch, an ancient Greek symbol of peace.

Back in Athens, it was time to put my aching feet up and enjoy some of the R&R the city has to offer.

The city’s central plaza, Syntagma Square, has plenty of rooftop cafes in which to relax and take in views of the surrounding mountains. A short walk from here is the Byzantine museum with some amazing gardens; you’ll find café Ilissia tucked at the back with views of Mount Lycabettus. It was quite pricey, but with another beautiful view – perfect for a lazy afternoon.

Next door to that is the war museum which has a great range of tanks, armoury and other relics of warfare through the ages. 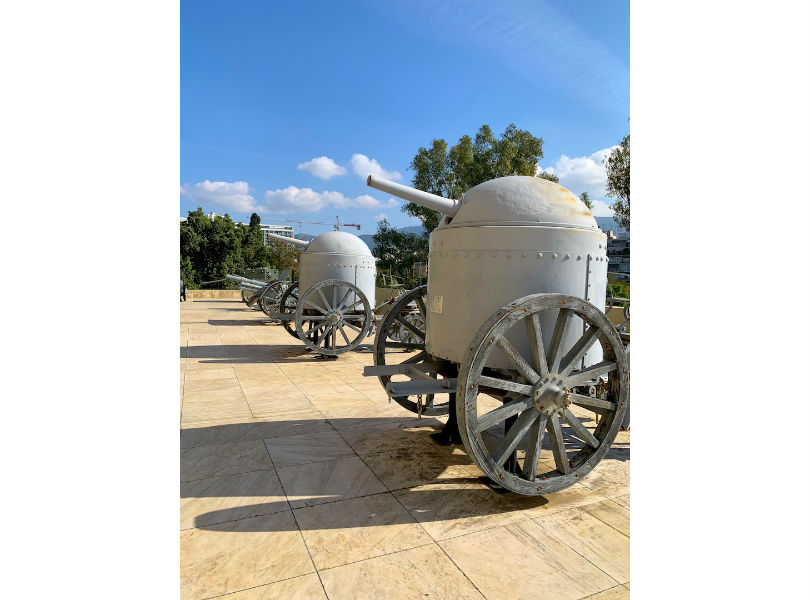 Walking through the city, you encounter street performers playing traditional Greek music. It’s a great city for relaxing while taking in the views and the rays. There’s a great café culture in this charming ancient city, as well as hip new neighbourhoods to explore.

On a short break, particularly in a city, it’s easy to rush around trying to tick everything off your list, but Athens really is a city you want to take time to enjoy and appreciate where you are and what you are seeing. 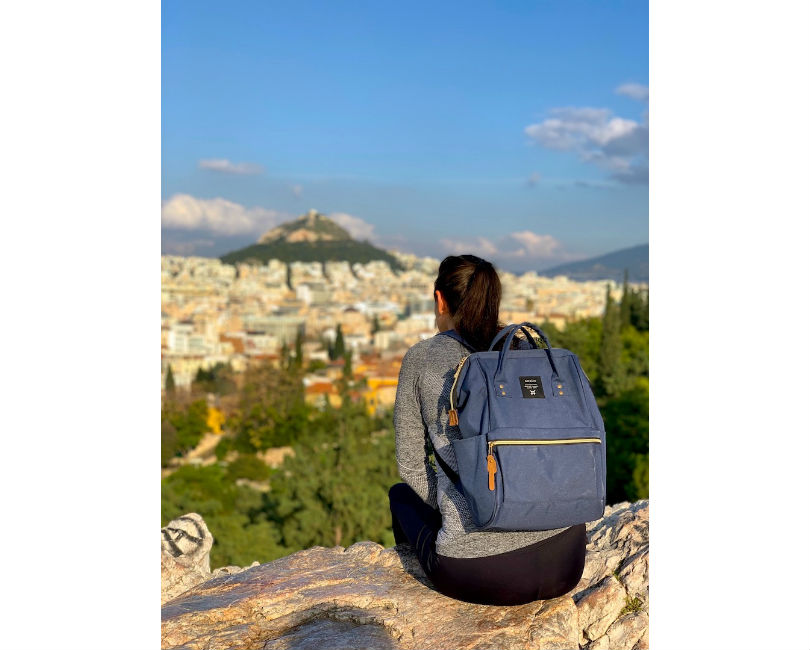 Obviously, you will want to document the experience by taking photos, but in a selfie-obsessed age it as important to take in the view with your own your eyes first. The best photo spot isn’t necessarily where everyone else’s’ camera phone is pointing, so think: what do you like about what you’re seeing and why do you like it, and make sure you capture that in your photo. And Athens has great photo opportunities at every turn.

Whether you go in spring, autumn or winter, you can experience all the amazing things Athens has to offer.

The city manages to balance the preservation of ancient architecture, culture and heritage, with a vibrant and modern atmosphere.  Try to stay fairly central, so you have lots of options for wonderful Mediterranean food and don’t have to walk far – especially if you’re planning to run 26 miles on your visit.

I leave Athens, and with another personal challenge accomplished I can think of nowhere quite as beautiful for a city break with winter sun.

Martin Robbins travelled to Athens with discovergreece.com, flying with Aegean Airlines and staying at Novotel Athenes. He ran the marathon through athensauthenticmarathon.gr.