The TV presenter showed his support for Gandys co-founders Rob and Paul Forkan at their flagship store in London.

It was a meeting of minds when TV presenter and adventurer Ben Fogle dropped in on the Gandys store in Covent Garden on Tuesday October 30 for a captivating evening in which he shared stories of his global travels.

As the presenter of TV shows including Countryfile, Wild in Africa, and New Lives in the Wild, the intrepid explorer has travelled to remote destinations around the world and undertaken a series of gruelling challenges for charity, having raced across Antarctica to the South Pole, cycled a rickshaw 423 miles from Edinburgh to London non-stop and crossed the deserts of the Empty Quarter in the Middle East. 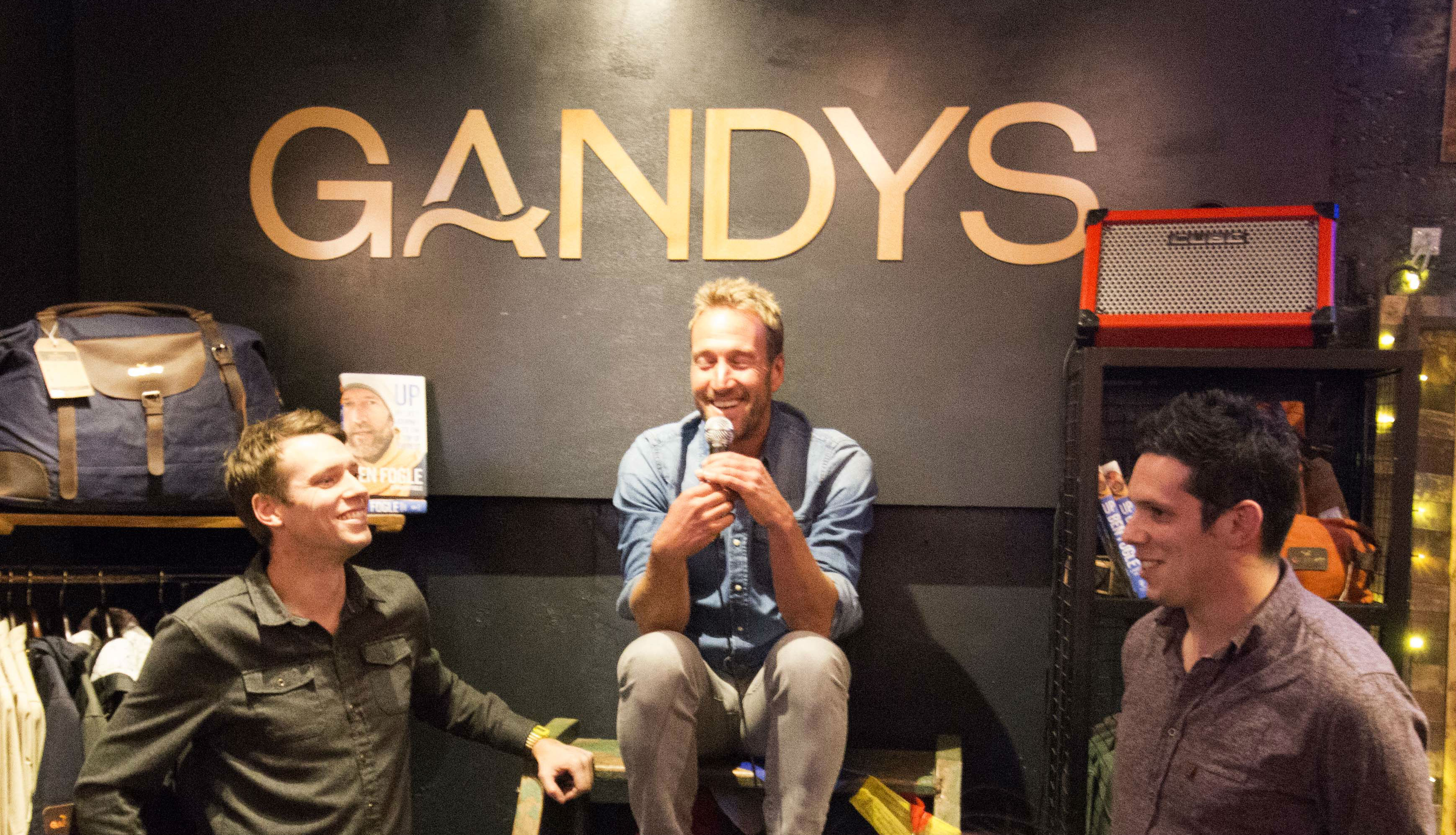 On May 16, 2018, Fogle reached the summit of Mount Everest, completing the climb over six weeks in the company of two local sherpas as well as Kenton Cool, a 44-year-old Briton who has climbed Everest 12 times. His trek team also included Olympic cycling champion Victoria Pendleton, who was forced to abandon her attempt early due to severe altitude sickness.

Speaking at the exclusive event at the Gandys store, the 44–year-old regaled an intimate audience with anecdotes from the expedition, which is chronicled in his latest book, Up: My Journey to the Top of Everest.

In honour of #NationalSelfieDay here is my selfie from the summit of Everest. pic.twitter.com/VRbGzwD82S

Discussing his ascent of Everest the award-winning presenter explained that it was the fulfilment of a long-held childhood ambition. His achievement was made all the more poignant as he revealed he had dedicated the challenge to the memory of his son Willem Fogle, who was stillborn at eight months in August 2014.

In his book he recounts the treacherous ascent. “The climb from Camp4 to the summit is like stepping into a parallel universe. One in which life and death become frighteningly close. In places the lines become blurred. There are few places where the margin is so close and visceral," he writes. "Angels and the grim reaper are bed pals.”

Emphasising just how challenging the climb was, he admitted that scaling the 8,848-metre (29,029 ft) mountain on the Nepal/Tibet border was perhaps his biggest trial to date. 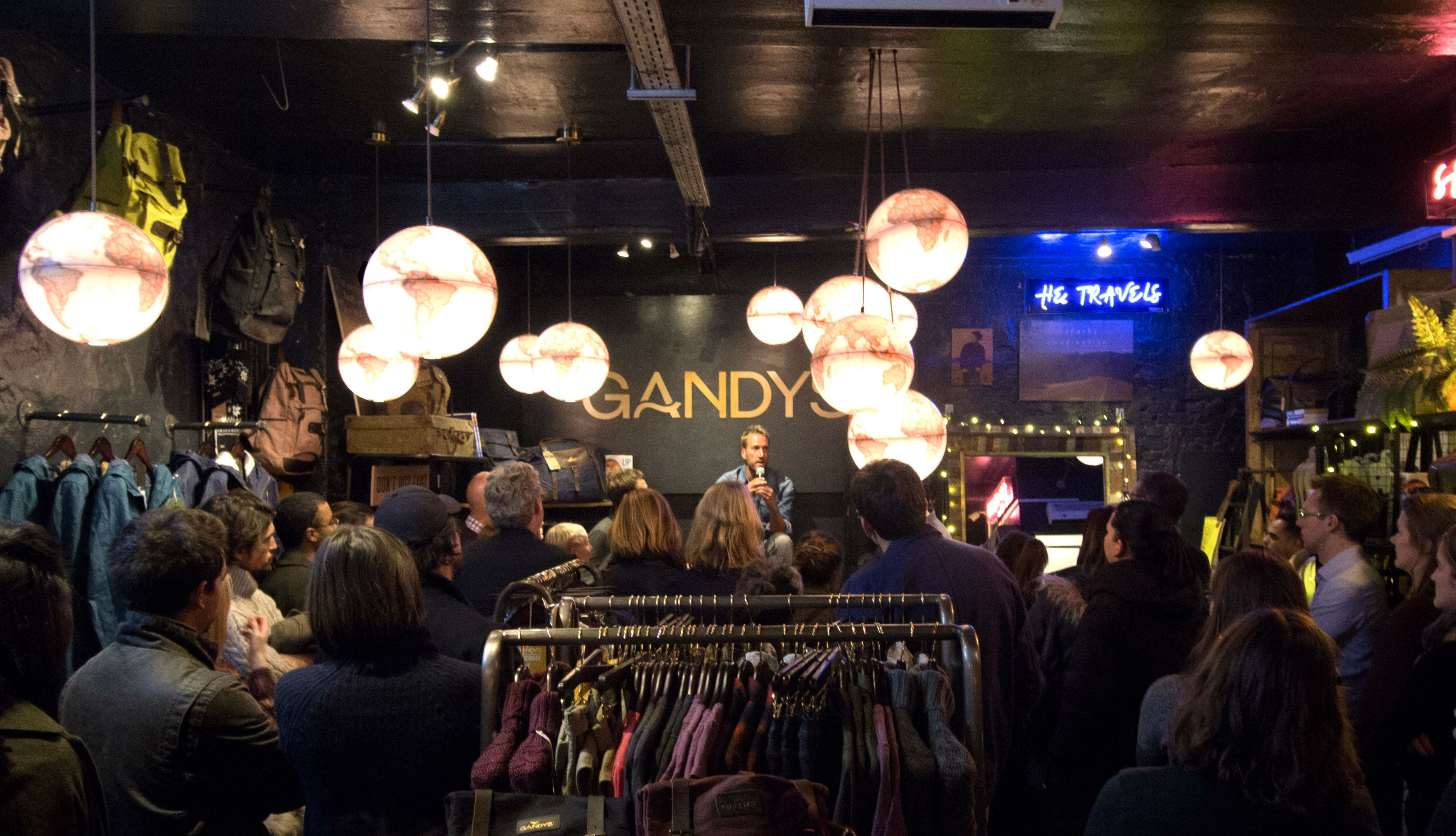 The father-of-two revealed that he was forced to contemplate the risks to life in undertaking the expedition which compelled him to write an emotional letter to his children Ludo and Iona, in the event that he did not make it back. In the letter, which is included in his new book, he shared his own life lessons, urging them to cultivate a spirit of adventure and a love of the natural world in an age where technology dominates our lives.

“Don’t live life through a screen. Live it for bikes and hikes, not likes and swipes. Routine is far more dangerous than risk,” he explained.

It’s a sentiment shared by co-founders of Gandys Rob and Paul Forkan who have built a global brand of travel apparel popular with celebrities such as One Direction. They’ve even won the royal seal of approval, with Prince William and Harry regularly seen sporting the Gandys' stylish bobble hats and beanies.

For the brothers, Fogle encompasses everything Gandys stands for and there are many parallels between them.

The brothers suffered a personal tragedy when they lost their parents in Sri Lanka in the 2004 Indian Ocean tsunami. Orphaned when they were just teenagers, Rob and Paul have overcome adversity to build their own successful brand and business based on the spirit of adventure and a love of travel inculcated in them by their parents.

A social enterprise, profits from the sale of Gandys merchandise go towards The Orphans for Orphans Foundation, a charity founded by the brothers to fund orphanages around the world. The first Gandys Kids Campus was built in Sri Lanka, while a second was launched in Malawi last year and a third is in development in Brazil. 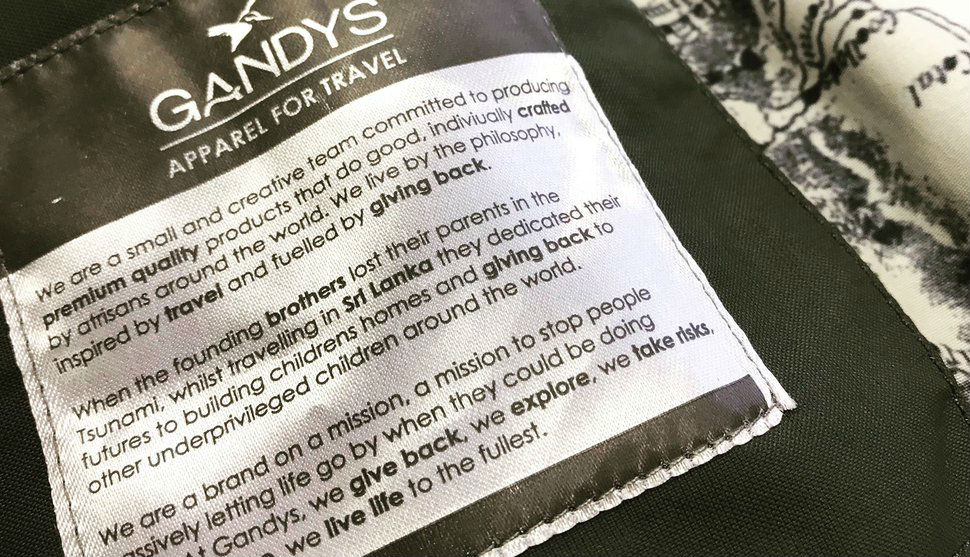 Sharing a commitment to giving back to the local community, the Gandys mantra  #Don’tJustExist is also echoed in Fogle’s message to embrace life to the full.

While Fogle highlighted the importance of the sherpas who supported him on his climb of Everest, Paul and Rob also have a connection to the region, having recently launched a new range of jumpers which were handmade by two brothers in the Himalayas.

You can get a personalised, signed copy of my book #up on my webstie https://t.co/UB6Ux6UzBu TB pic.twitter.com/Bvk7sYKBSw

Applauding their determination, resilience and the spirit of charitable service upon which Gandys is founded, Fogle expressed his awe at the achievements of the brothers.

“Let me just say how inspired I am by Rob and Paul who have overcome a tragedy that is unimaginable to us,” he said.

Sometimes you need to just navigate whats in front of you and forget the past... #travelwithgandys #dontjustexist #compass #tshirt #travel #explore pic.twitter.com/vJxGYqwDz1

Ben Fogle's book Up: My Journey to the Top of Everest is available at Gandys stores and book stores across the UK and online.

Find out more about Ben Fogle: Tales From The Wilderness UK Tour 2019 at www.benfogle.com

Find out more about Rob and Paul Forkan and their social enterprise supporting children around the world at www.gandyslondon.com

Tsunami Kids: Our Journey From Survival To Success by Rob and Paul Forkan (Michael O'Mara Books, £16.99).