Rumours that a black man had died in police custody sparked a day of rioting in South London which was only the first chapter in a summer of inner-city violence in the UK.

Growing tensions between police and the black community in South London exploded into a day of rioting in Brixton after rumours spread that a black man had died in police custody.

Over 5,000 locals were said to be involved in the rioting, which saw petrol bombs and missiles hurled at officers, buildings and cars set on fire and shops looted.

Disturbances first broke out the evening before after a young man named Michael Bailey was apprehended by police while suffering from a stab wound. An assembled crowd made clear that it didn’t feel officers were attending to his injuries quickly enough.

Bailey was taken to hospital but over the following night rumours began to circulate that he had died while under arrest. Crowds gathered in the area throughout the day and when a mini-cab was stopped and searched by police, they were pelted with bricks.

More officers were brought into the area to subdue disturbances; as more arrests were made, violence spread and looting began. Police were reportedly poorly equipped and lacking a strategy to end the rioting, though by the early hours of the next morning they had succeeded in quelling the worst of it. 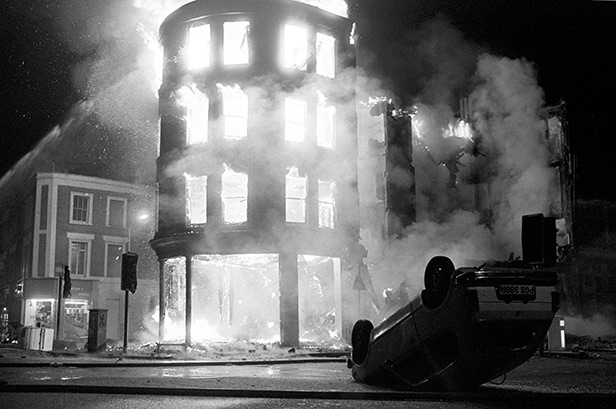 By that time, 279 officers had been injured as well as 45 rioters. 82 arrests had been made, while 26 businesses, two pubs and at least one school had been set on fire.

The subsequent inquiry chaired by Lord Scarman found evidence of disproportionate use of stop-and-search tactics under the ‘sus’ law by police, and led to a new code of behaviour for them being enacted, as well as the creation of the Police Complaints Authority.

The Brixton riots - Did you know?
Print this story
Back to top