Three days after the Conservative party defied the pollsters to win a fourth successive General Election, Labour’s Neil Kinnock stood down after nine years as Leader of the Opposition.

Neil Kinnock resigned as leader of the Labour Party on this day in 1992, three days after their defeat to John Major’s Conservatives in one of the most unexpected General Election results since the end of World War II.

Mr Kinnock, MP for the Welsh constituency of Islwyn (previously Bedwellty) since 1970, stepped down after nine years, making him the longest-serving Leader of the Opposition in history. His deputy, Roy Hattersley, also resigned.

He announced his decision in a statement read out at Westminster, in which he was unequivocal in blaming the party’s election loss at the door of the right-wing press. 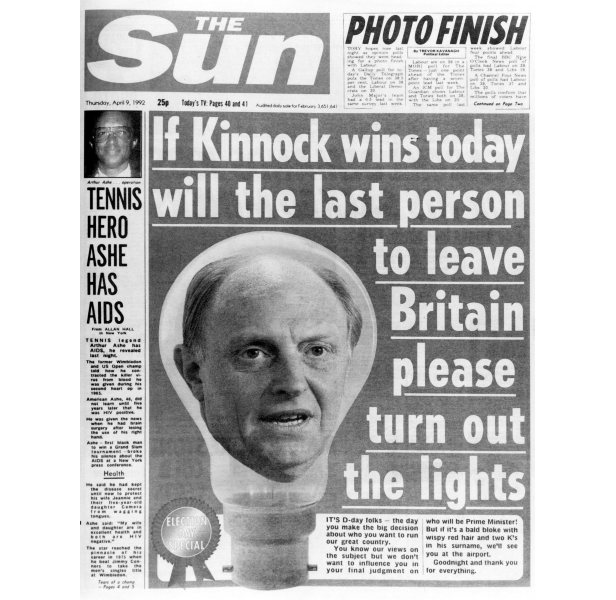 “I express no bitterness when I say that the Conservative-supporting press has enabled the Tory Party to win yet again when the Conservative Party could not have secured victory for itself on the basis of its record, its programme or its character,” he said.

Mr Kinnock had been elected leader in the aftermath of Labour’s heavy defeat in the 1983 General Election under Michael Foot. He began to reform the party to bring it to the centre-left, fighting to rid it of its Trotskyite Militant wing.

He also helped persuade the party to abandon some of its less popular policies, such as unilateral nuclear disarmament and nationalisation.

Toward the end of Mrs Thatcher’s time in office, Labour were consistently ahead in the polls by 10 points or more, though her resignation and the appointment of John Major as Conservative leader gave the government a new lease of life.

Nevertheless, in the run-up to the 1992 election most polls still suggested a narrow Labour victory. Instead, the Tories won the election with a 21-seat majority.

Mr Kinnock would continue in office until July 18, when his shadow chancellor John Smith was elected as the new Labour leader with Margaret Beckett his deputy. He became a member of the European Commission in 1995 and its vice-president in 1999.

[November 10, 1980: Michael Foot is elected leader of the Labour Party]

Neil Kinnock – Did you know? 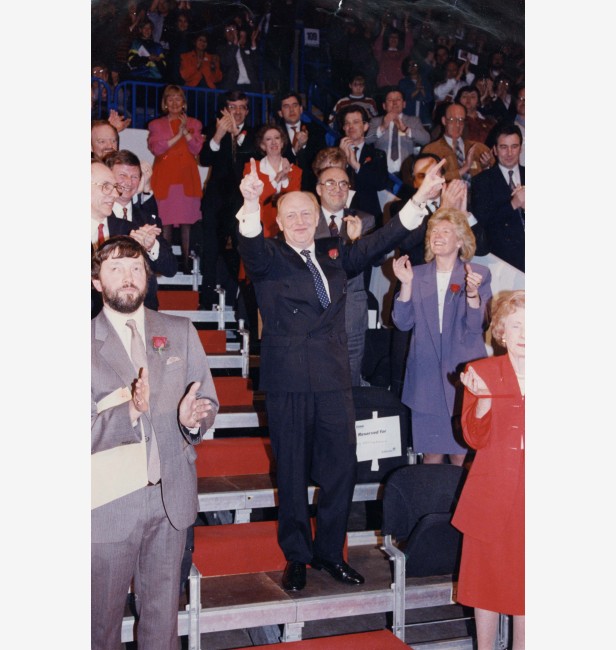