An explosion on board their moon-bound spacecraft put the lives of Apollo 13's three astronauts in peril and sparked an incredible rescue mission.

Apollo 13, the third US space mission intended for landing on the moon, was brought to the brink of disaster on this day in 1970 when an oxygen tank in its Service Module exploded.

The incident resulted in the spacecraft’s main power source being cut, and a loss of heat, oxygen and drinkable water, putting the lives of the three-man crew – Jack Swigert, Fred Haise and Commander Jim Lovell – into danger. 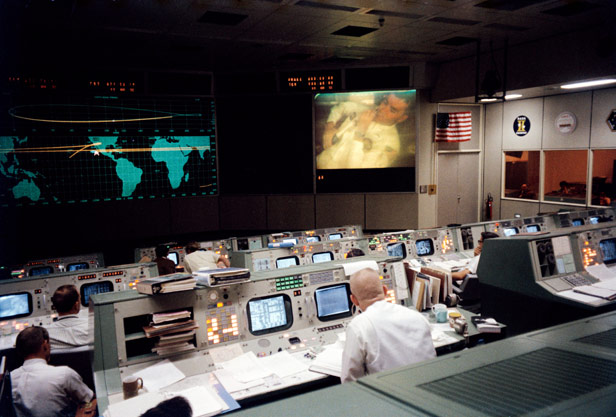 With their lunar landing plans aborted, the crew worked with Nasa Mission Control in Houston (above, with Haise on the big screen) – alerted to the issue by Lovell's famous, if often misquoted, words “Houston, we’ve had a problem” - in a race against time to avert catastrophe and bring them back to Earth, using Apollo 13’s lunar module (LM) as a ‘lifeboat’.

The LM, designed to ferry astronauts to the moon’s surface and back to the command module (CM, below showing the damage caused by the explosion), was meant to support two people for 45 hours. To get back to Earth alive, it would have to support three men for at least 90 hours and navigate more than 200,000 miles of space. 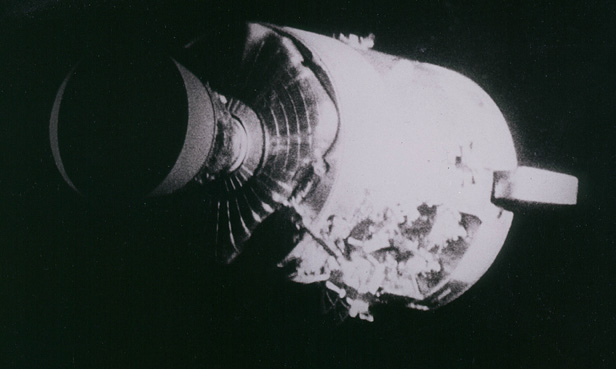 Cabin temperatures would drop to just a few degrees above freezing, while the build-up of carbon dioxide in the LM began to be a problem, forcing Mission Control to build a makeshift filter from items known to be in the craft, which the crew then copied.

Later that evening he crew also had to manually align the LM, using the sun as a guide, for a four-and-a-half-minute burn of its engines as it swung around the moon, designed to give it enough speed to re-enter the Earth’s atmosphere.

Remarkably, by working closely with their Nasa colleagues on the ground, the three astronauts were able to successfully re-power the command module during flight and return to Earth on Friday April 17, splashing down in the Pacific Ocean at just after 7pm BST. 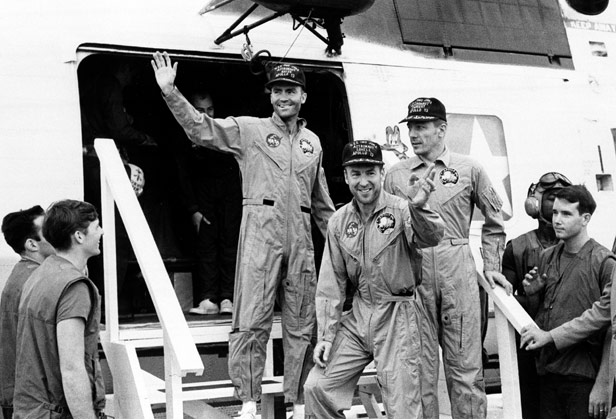