It may not be the 'dumb yanks' story of legend, but the transatlantic sale of London Bridge is an incredible tale of British audacity and American ambition.

The bridge over the River Thames that inspired ‘London Bridge is falling down’ may have been an earlier construction, but by the late 1960s the nursery rhyme’s sentiments could equally have applied to its successor, the five-arch stone overpass opened in 1831 separating Pittsburgh Point.

At the start of the 20th Century, London Bridge was London’s busiest point; 8,000 pedestrians and 900 vehicles crossed it every hour. After being widened in 1902, it remained unchanged for over 60 years – though it was noted to be sinking about an inch every eight years.

In 1967, the Common Council of the City of London decided enough was enough, and the bridge would have to be replaced. At this time it was common practice for old structures to simply be demolished and dumped – a fate that looked likely for London Bridge. 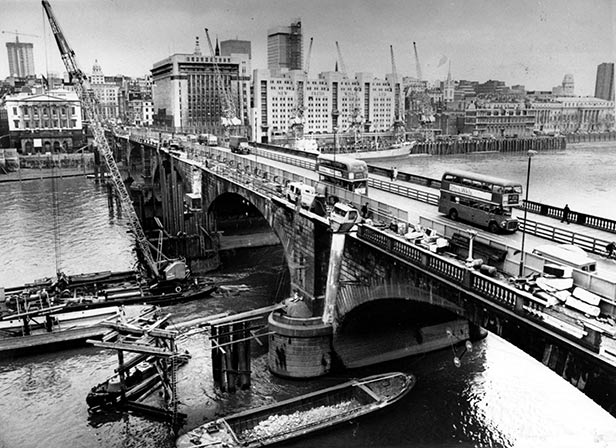 Step forward Ivan Luckin – Council member and former PR man – who first suggested the old bridge could be sold to Americans as a tourist attraction. Though initially considered a crazy idea, the Council eventually agreed to put the bridge up for sale.

Luckin flew to the US himself and addressed the British-American Chamber of Commerce in New York. It paid off – on April 18, 1968, entrepreneur Robert P. McCulloch of McCulloch Oil formally purchased the bridge for $2,460,000 (£1,029,000) at London’s Guildhall.

McCulloch had the granite blocks from the original bridge numbered and transported to America at a further cost of $7 million, for reconstruction in Lake Havasu City (below), a planned community he had established in 1964 on the shore of Lake Havasu, Arizona. 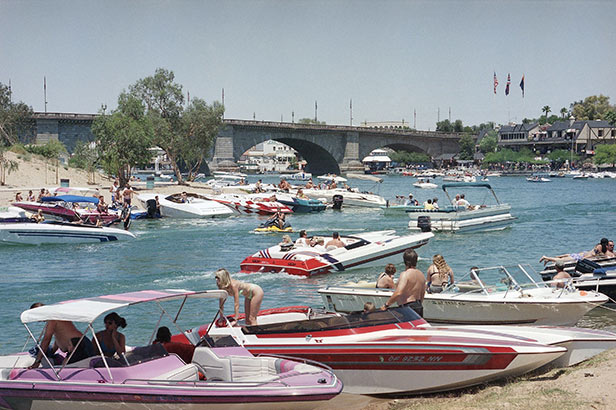 Property sales and investment was boosted by the rebuilt bridge, so McCulloch comfortably recouped his outlay on it; it is now the second biggest single tourist attraction in the state behind the Grand Canyon.

London Bridge - Did you know?