Pope John Paul II, the first Polish pope and the first non-Italian pontiff for 450 years, passed away in the Vatican City after a long illness.

Pope John Paul II, the third longest-serving pontiff in history, the first Polish pope and the most travelled Bishop of Rome of all time, died at the Vatican City on this day in 2005.

Soon after the 84-year-old Pope passed away at 9.37pm local time, the Vatican issued a brief statement and, as the video above reports, the sad news was announced to the crowds who had begun to gather in St Peter's Square to pray for the pontiff at the end of his 26-year reign.

According to later Vatican reports, the Pope had spoken his final words in Polish - "Allow me to depart to the house of the Father" at around 3.30pm, and fallen into a coma shortly afterwards. 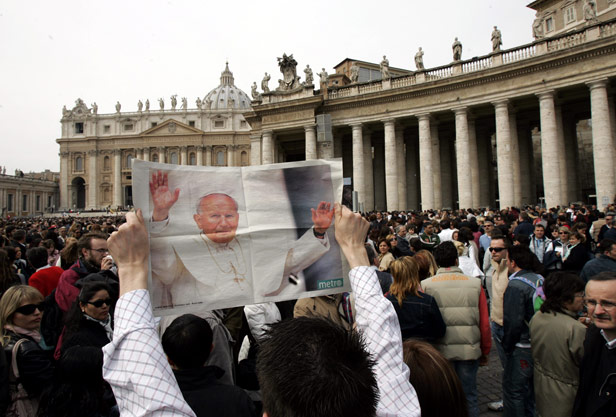 The Pope had been in poor health for some time, having been diagnosed with Parkinson's disease in 2001. He had spent several weeks in hospital early in 2005 with influenza and infections, and died of heart failure from hypotension and septic shock.

Tributes flooded in from world leaders, with US President George W Bush saying "the world had lost a champion of peace and freedom" and UN Secretary General Kofi Annan calling him "a tireless advocate of peace, a true pioneer in interfaith dialogue and a strong force for critical self-evaluation by the Church itself".

Aleksander Kwasniewski, president of the Pope's native Poland, called John Paul II "our most outstanding fellow countryman, the Holy Father, a good father to all of us, believers and non-believers, followers of different religions". 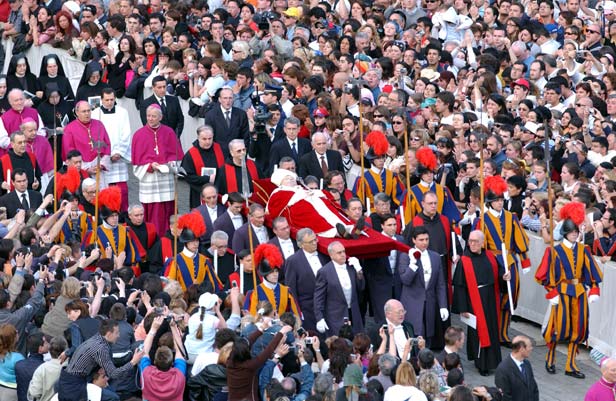 Four days of mourning followed the Pope's death, before he was buried beneath St Peter's Basilica on April 8. Some 300,000 people - many of them Poles - watched the event from within the walls of the Vatican City, with the Requiem Mass said to represent the single largest gathering of heads of state since the funerals of Winston Churchill and Yugoslav leader Josip Tito. 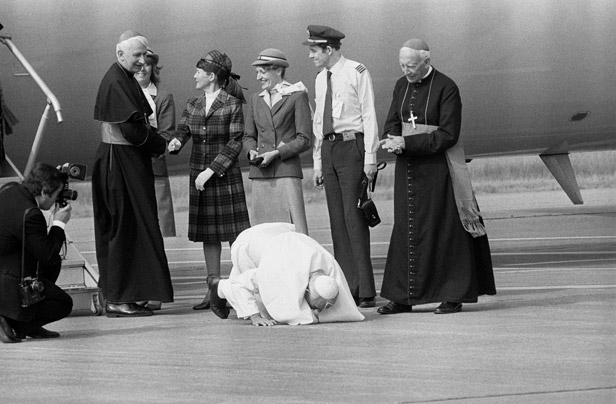 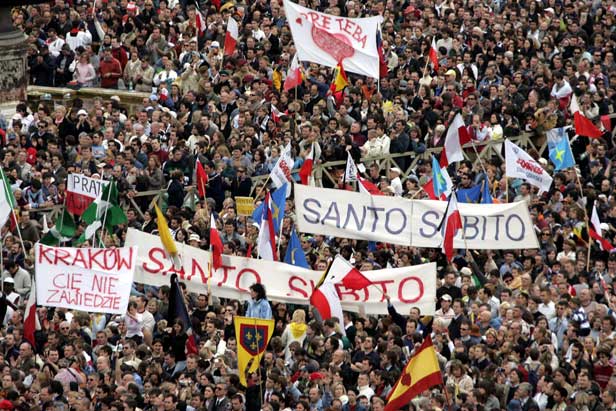