Los Angeles saw its worst riots for a century when six days of arson, looting and murder began after four police officers were acquitted of attacking a black motorist.

The worst rioting in Los Angeles for over a century in terms of lives lost broke out in Los Angeles on this day in 1992, after the four white police officers charged with the assault of a black motorist walked free.

The rioting, arson, looting and murder would last for six days – reaching its nadir on the third day, as seen in the video above – leaving 53 dead, over 2,000 more injured, and an estimated repair bill of $1 billion.

The acquitted officers had been caught on amateur film footage pulling labourer Rodney King out of his car after a high-speed chase, using a taser gun on him, then beating and kicking him repeatedly for 81 seconds. The officers claimed King was violent and resisting arrest.

Within half an hour of the acquittal a crowd of around 300 people had gathered at the County Courthouse, angrily protesting the verdict.  A few hours later a group shouting “guilty!” tried to storm the police headquarters building. 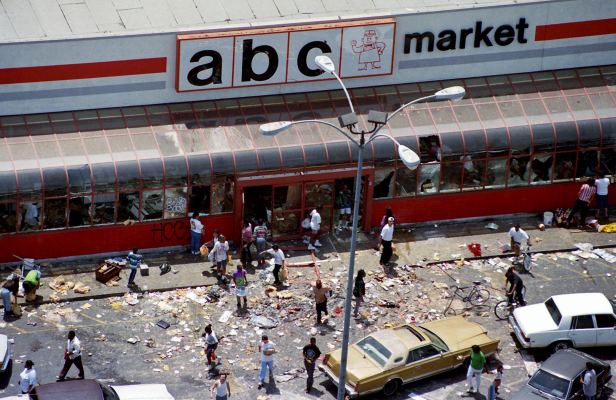 As numbers in the crowd grew and police retreated, attacks on bystanders and looting began in sections of South Central Los Angeles and began to spread. Early that evening, two truckers were forced to stop, pulled from their vehicles and savagely beaten while their trucks were robbed.

As disturbances began to spread, some shopkeepers – notably Asian American business owners from the Koreatown area – defended their properties with weapons, openly firing at looters in events captured on TV news cameras. 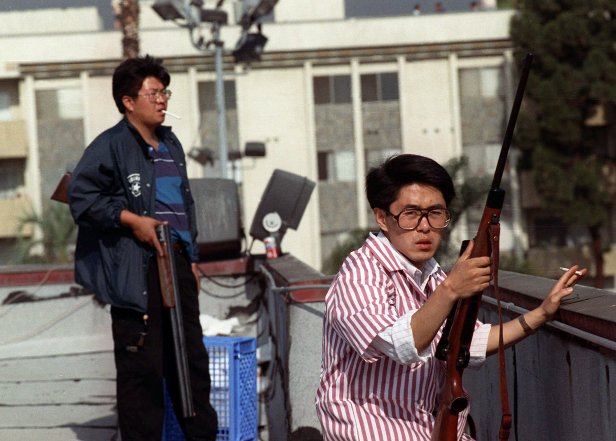 LA Mayor Tom Bradley imposed a dusk-to-dawn curfew as vandalism and looting continued. By Saturday May 2, infantry soldiers and marines had been deployed to the city to join the California National Guard in restoring order, and a day later the curfew was lifted.

In 1993, the four acquitted policemen were tried again in federal court for violating Rodney King's civil rights. Stacey Koon and Laurence Powell were found guilty and sentenced to two years in jail, while Timothy Wind and Theodore Briseno were cleared.

The Los Angeles riots – Did you know? 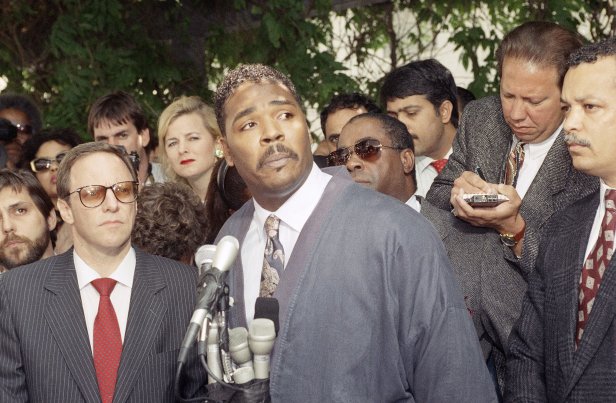