One of the most naturally talented motor racing drivers of all time died when his Lotus-Cosworth left the German track at 140 mph and hit a tree.

The world of motorsport lost one of its greatest drivers on this day in 1968 when two-time Formula One world champion Jim Clark was killed at Hockenheim.

Clark, 32, was competing in a Formula Two race at the German circuit when his Lotus-Cosworth flew off the track at an estimated 140 mph, somersaulted and collided with a tree. He suffered a broken neck and fractured skull, and died before reaching hospital.

Clark’s death was a bitter blow for the racing community; Lotus team boss Colin Chapman and Clark’s team mate Graham Hill were said to be devastated, though Hill would go on to take the 1968 Formula 1 title, which he dedicated to his friend’s memory. 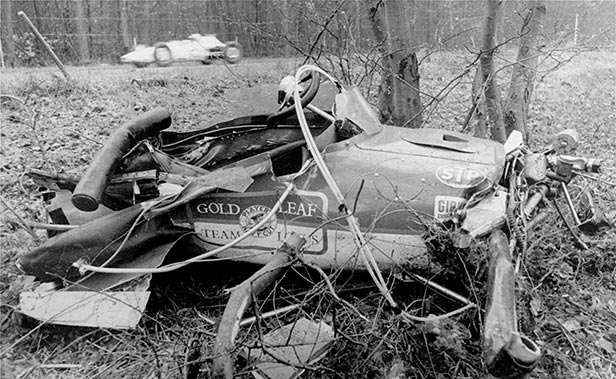 The Scot, who won the F1 title for Lotus in 1963 and 1965, was considered one of the safest and most ‘natural’ drivers on the circuit, and many of his fellow racers expressed doubt that driver error had caused the crash. A deflated rear tyre was widely blamed for the incident.

Fellow driver Chris Amon said of his feelings on hearing of Clark’s passing: "If it could happen to him, what chance do the rest of us have? I think we all felt that. It seemed like we'd lost our leader."

At the time of his death, Clark had won more Formula One races (25) than any other driver – more than a third of those he had taken part in. His record would be overtaken by Stewart in 1973, but his seven wins in a single season in 1963 was only overtaken 25 years later by Ayrton Senna - another hugely naturally talented driver who died behind the wheel.

Clark was buried in the village of Chirnside, near where he had grown up in Berwickshire. A large memorial to him still exists at the Hockenheim circuit.

Jim Clark - Did you know?
Print this story
Back to top