The Flower Pot Men and their friend, Little Weed, made their debut on the BBC, their garden adventures charming children and introducing 'flobadob' to the world.

December 18, 1952 was a momentous day for children’s television in the UK, as classic characters Bill and Ben, the Flowerpot Men, made their first appearance on Watch with Mother.

The Flower Pot Men series was the creation of Westerham Arts – BBC Head of Children’s Programmes Freda Lingstrom and her friend Maria Bird – who had already had significant success with Andy Pandy, another show aimed at the very young.

The programme featured two stringed puppets made out of flower pots named Bill and Ben, who wore hobnail boots, had gardening gloves for hands and lived at the end of a garden.

The pair spoke in a nonsense language of made-up words and odd noises – Bill in higher, squeakier tones, Ben with a deeper voice, to differentiate them.  They also had their names painted across their backs.

Whenever “the man who worked in the garden” went off to have dinner, Bill and Ben would appear and get up to mischief.  They would talk to their friend Little Weed, a sunflower-like plant with a smiling face, and would occasionally be visited by a tortoise named Slowcoach.

The Flower Pot Men – Did you know? 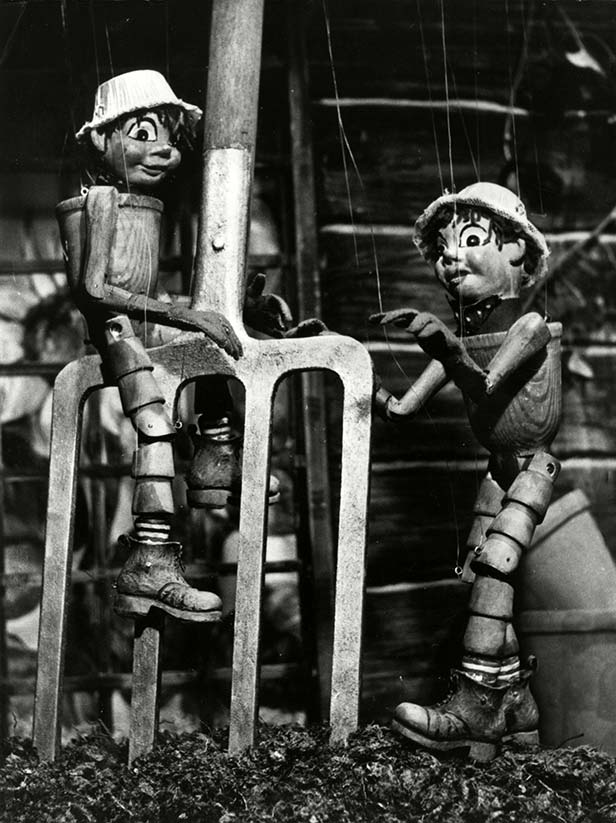