She put it down to a slip of the tongue, but the colourful junior health minister’s remarks led to a drastic fall in egg sales and eventually her resignation.

Comments made by MP Edwina Currie on the prevalence of salmonella in eggs led to a dramatic fall in egg sales and a similarly rapid collapse in her own political ambitions on this day in 1988.

Currie had become junior health minister in 1986 – and swiftly made her mark with outspoken comments about Aids, the elderly and the diet (and “ignorance”) of Northerners. But it was her 1988 claim about the risk of salmonella in eggs which led to her ministerial downfall.

Speaking about the rising number of cases of salmonella in the UK, Currie told TV reporters that: "Most of the egg production in this country, sadly, is now affected with salmonella.”

The minister admitted later that it had been a slip of the tongue – she had intended to say “much” rather than “most” – but the damage had been done.

Her remarks caused outrage and anger among poultry farmers and the egg production industry. Egg sales in the UK plummeted by 60% – leading to the slaughter of four million hens – and the British Egg Industry Council called her remarks "factually incorrect and highly irresponsible", saying that the risk of an egg being infected with salmonella was less than 200 million to one.

Although Currie appeared to have the backing of both Prime Minister Margaret Thatcher and Health Secretary Kenneth Clarke, agriculture ministers were reported to be extremely angry at her comments and the Government was threatened with writs from farmers, including the National Farmers' Union. 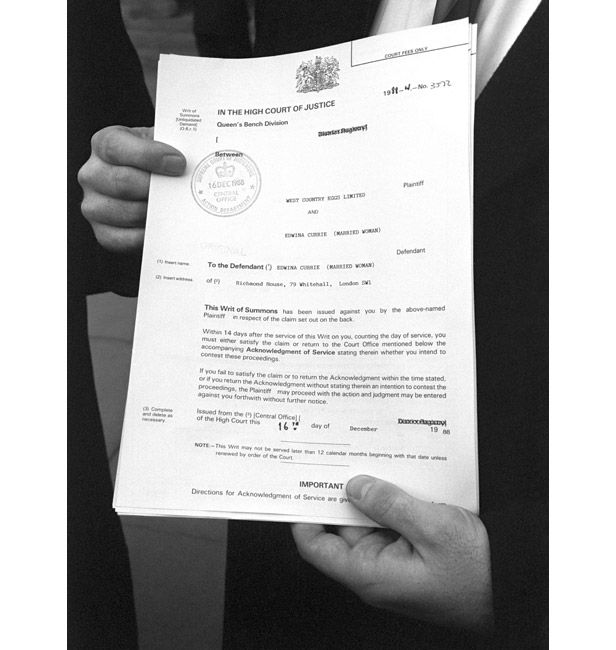 On December 16, just two weeks after she made the remarks which made her position untenable, ‘Eggwina’ was forced to resign.

In 1990, in an attempt to make amends with the egg industry, she led the National Egg Awareness Campaign, which included advising people on how to cook them properly.

Interviewed in 2013, Currie said that she didn’t regret her salmonella remarks – although she admitted she would have been more careful about her exact wording. “Faced with 500 new cases of sick people every week, what would you have done? More important, what would you have wanted ministers to do?” she told ITN News.

“I was public health minister. If something wasn’t done during the winter of 1988, I could foresee that we would have an epidemic on our hands in a hot summer – and fingers would be pointed at me. So I would rather be criticised for doing the right thing, not for silence in the face of wrong-doing.”

[Also on this day: December 3, 1989 - Gorbachev and Bush declare Cold War over at Malta summit]

The salmonella row – Did you know? 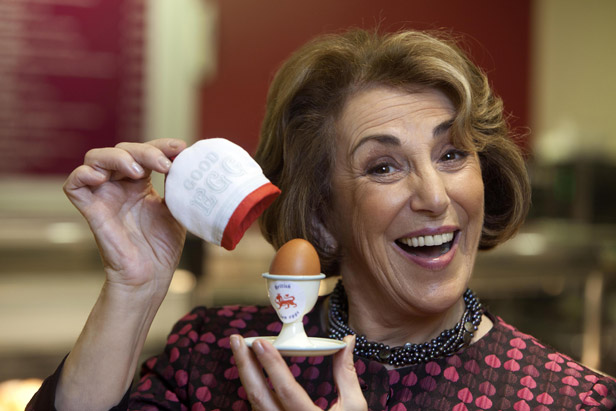