Christine Keeler, the model at the centre of the Profumo Affair which rocked Macmillan's government, was jailed for nine months for lying in order to convict another lover.

On December 6, 1963, Christine Keeler, the model at the centre of the Profumo Affair, was jailed for nine months for perjury.

Keeler had gained notoriety through her affair with government minister John Profumo and close contact with Soviet naval attaché Yevgeny Ivanov, which caused a national sensation and arguably forced the resignation of Prime Minister Harold Macmillan.

She had lied in court in an attempt to secure the conviction of another lover, Aloysius ‘Lucky’ Gordon, whom she had met after her relationship with Profumo (below) had come to an end. 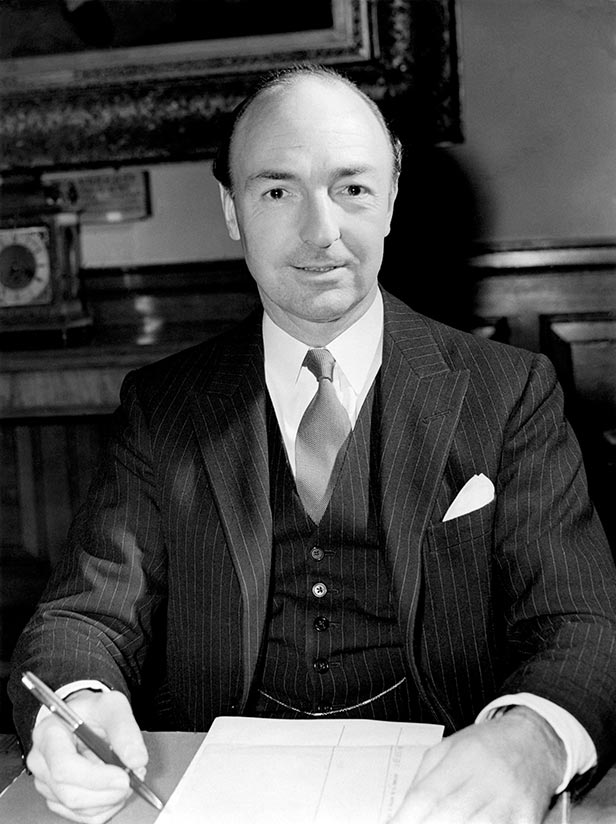 Gordon was a jealous and often violent partner, who had earlier been arrested for firing five shots outside the home of Dr Stephen Ward, where Keeler was sheltering.

After her relationship with Gordon had ended, Keeler was assaulted at a friend’s home in April 1963. She accused Gordon of the attack, and on June 7, principally on her evidence, he was found guilty and sentenced to three years' imprisonment.

His conviction was later overturned by the Court of Appeal when two witnesses were found who were able to refute Keeler’s accusations.  She pleaded guilty to perjury and received a jail sentence, which she served at Hill Hall women’s prison in Essex.

After her release in 1964, Keeler faded into relative obscurity, marrying twice and having two children before she died on December 4, 2017, almost 54 years to the day since her incarceration.

Ward had committed suicide in 1963, while Profumo rebuilt his reputation with charity work in London’s East End. He died in 2006.

The Profumo Affair – Did you know?