More than 24 million people tuned in from the UK to watch ice dancers Jayne Torvill and Christopher Dean skate into history at the Sarajevo winter games.

British skaters Jayne Torvill and Christopher Dean won the gold medal for ice dancing at the Winter Olympics in Sarajevo on this day in 1984.

A UK TV audience of over 24 million saw the Nottingham pair score maximum points from all nine judges for artistic impression after their sensuous performance to Ravel’s Bolero.

They received another three perfect 6.0 scores for technical merit, with every other judge awarding them 5.9 in that category.

These marks, together with their compulsory dance scores, saw them comfortably beat Soviet couple Natalya Bestemianova and Andrei Bukin to the top of the podium. US skaters Judy Blumberg and Michael Seibert won bronze.

The couple seemed overwhelmed as they received a standing ovation and several bouquets of flowers from members of the capacity 8,500 audience at the Zetra Stadium. 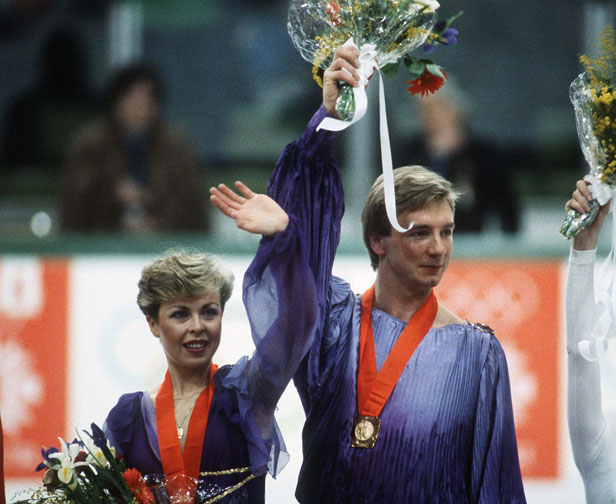 Olympic gold was the crowning achievement for a partnership that had begun nine years earlier, and had already garnered several wins in the British, European and World Figure Skating Championships.

"Tonight we reached the pinnacle,” said Dean. “I don't remember the performance at all. It just happened. But I think it was the most emotional performance we have ever given.”

Torvill and Dean - Did you know?
Print this story
Back to top