February 16, 1923: 'Glint of gold, everywhere' as the tomb of Tutankhamen is opened

Howard Carter uncovered an 3,000-year-old Egyptian treasure trove when he opened the doors of Tutankhamen’s tomb on this day in 1923.

Egyptologist Howard Carter uncovered one of the most stunning archaeological finds of the 20th century on this day in 1923 when he opened the burial chamber of Tutankhamen, a pharaoh who had ruled in the country around 1400 BC.

Most of the tombs hitherto uncovered in Luxor’s Valley of the Kings had long since been stripped of any treasures, but Carter’s persistence paid off with the discovery of Tutankhamen’s virtually untouched tomb the previous November.

It was a vindication for the Englishman whose work in the Valley had been financed by Lord Carnarvon since 1914, but was threatened by the removal of funding if no tangible results were found in this final season of digs. 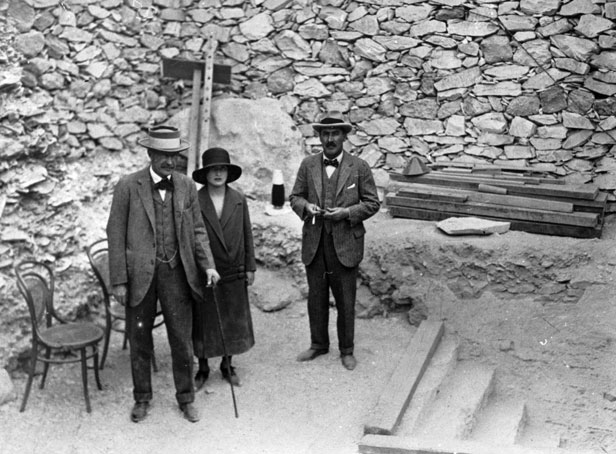 Carter, accompanied by Carnarvon and his daughter Evelyn (pictured above), opened the sealed doors to the tomb on November 26, and were excited to find that the many treasures buried with the boy king more than 3,000 years earlier were still in place and largely intact.

The tomb contained four separate rooms, two of which had at some point been broken into and resealed, yet there remained within them an array of artefacts – jewellery, statues, weapons, clothing – and, as Carter put it, “everywhere, the glint of gold”.

On February 16, he opened the final of the four rooms – the burial chamber itself. Inside they found a sarcophagus containing three coffins nested inside one another. The smallest of these – made of solid gold – contained the mummified body of Tutankhamen.

The clearance of the tomb and recording and preserving of the thousands of antiquities would continue until 1930. Many of them would form the basis of an exhibition which toured the world many years later. When the exhibition came to the British Museum in London in 1972, people queued for up to eight hours to get a glimpse of the treasures uncovered by Carter some 50 years earlier.

Tutankhamen’s tomb – Did you know? 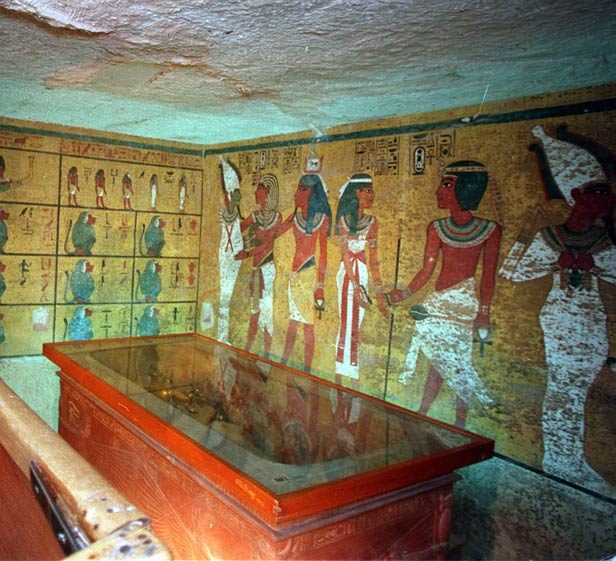