In what was seen as a victory for civil liberties, the national identity card - introduced at the start of World War II - was scrapped on this day in 1952.

The UK identity card, which had been introduced at the start of the Second World War by the National Registration Act, was abolished by the new Conservative government on this day in 1952.

The party had pledged to scrap the cards in their election manifesto for economic purposes and as a step toward greater civil liberty. Indeed, loud cheers rang around the Commons as Health Minister Harry Crookshank made the announcement.

The end of war and the election of the Labour Party under Clement Attlee in 1945 had enabled root-and-branch change to British institutions, but their expansion of the state was not universally popular.

The party maintained that the identity card was a key that could be used to access all the benefits of the state, from rationing to voting to NHS services. Officials also claimed it would help combat lingering concerns over the infiltration of spies – now Russian instead of German. 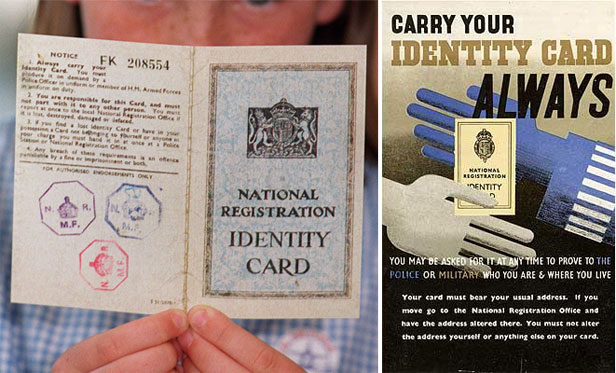 In time, the cards came to be seen as representative of fussy bureaucracy and officialdom.

In 1950, a Liberal Party member and former councillor named Harry Willcock refused to produce his identity card to police, arguing at his trial that the cards had no place in a peacetime society.

Willcock was convicted and fined ten shillings, but took his case to the Court of Appeal. Though the judgment was upheld, Lord Chief Justice Lord Goddard said demanding production of the card for its own sake tended “to turn law-abiding subjects into lawbreakers”.

The case caused an upsurge in opposition to the system amid fears that state powers were being abused, and the decision to abolish the card was a popular one. The National Registration Act was repealed on May 22, 1952.

Identity cards - Did you know?