A photograph of six US marines raising the Stars and Stripes over the Pacific island of Iwo Jima became one of the most famous images of the Second World War.

One of the most iconic images of the Second World War was taken on this day in 1945, as US troops raised the Stars and Stripes over the Pacific island of Iwo Jima.

The volcanic island, which was defended by around 22,000 Japanese soldiers, was seen as a tactical vantage point for a potential future attack on mainland Japan, and four days of fighting had already taken place when soldiers raised the flag on Mount Suribachi.

At 10.35am local time, a group of marines from Easy Company, 2nd Battalion, 28th Regiment led by 1st Lt Harold Schrier reached the top of the 528ft extinct volcano and planted a US flag, but it was too small to be seen from the beaches.

A larger (96x56-inch) flag was found and given to Battalion runner Rene Gagnon, who took it to the peak of the mountain, where it was raised by Gagnon, Sergeant Michael Strank, Corporal Harlon Block, Private Franklin Sousley, Private Ira Hayes, and Navy medic John Bradley.

The men were pictured raising the flag on an old Japanese water pipe by Associated Press photographer Joe Rosenthal (pictured below, overlooking Iwo Jima). His picture, widely reproduced in American newspapers and magazines, would become a symbol of both the Marine Corps and the US war effort in general. 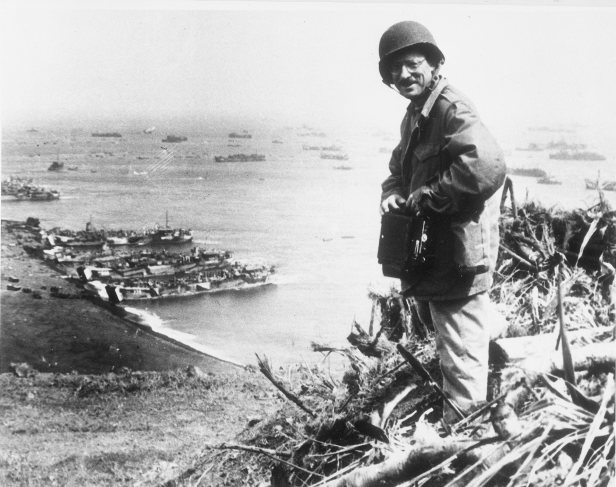 The picture won the Pulitzer Prize for Photography in 1945, and would be used by sculptor Felix de Weldon to create the Marine Corps War Memorial, completed in 1954 and now found adjacent to Arlington National Cemetery in Virginia.

Though the flag was raised, the battle for Iwo Jima would rage for another 31 days, becoming the bloodiest in the Pacific campaign and the costliest in US Marine Corps history. Sadly Strank, Block and Sousley would all perish on the island.

Iwo Jima – Did you know? 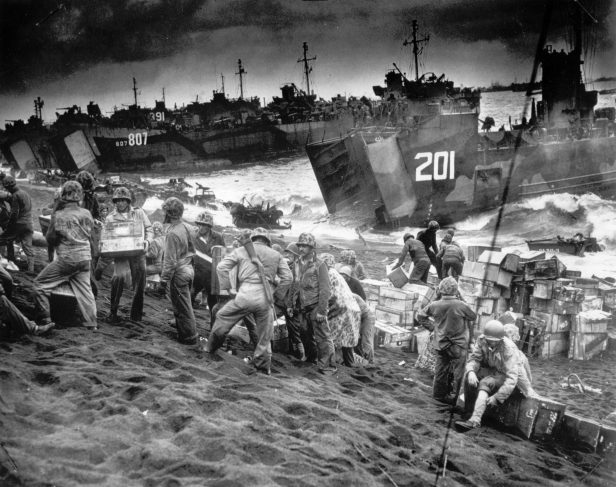