Ten days after Ayatollah Khomeini declared a fatwa on the author for blasphemy against Islam, an Iranian businessman placed a £1.6m bounty on his head.

Just 10 days after a fatwa was issued against Anglo-Indian author Salman Rushdie for the perceived blasphemy against Islam in his novel The Satanic Verses, an Iranian businessman placed a huge bounty on Rushdie’s head on this day in 1989.

Rushdie was forced into hiding after Ayatollah Ruhollah Khomeini’s fatwa pronouncement on February 14; an official apology from the author four days later for any offence caused was to no avail. The bounty was reported as being somewhere between $1 million and $3 million, with most media outlets suggesting a sum of $2.8 million (then £1.6 million).

Soon after the novel was published in 1988, public demonstrations began to be held by fundamentalist Muslims who accused Rushdie of mocking their faith. Its sale was banned in several countries, and the Ayatollah’s fatwa issued after a violent riot against the book in Pakistan. 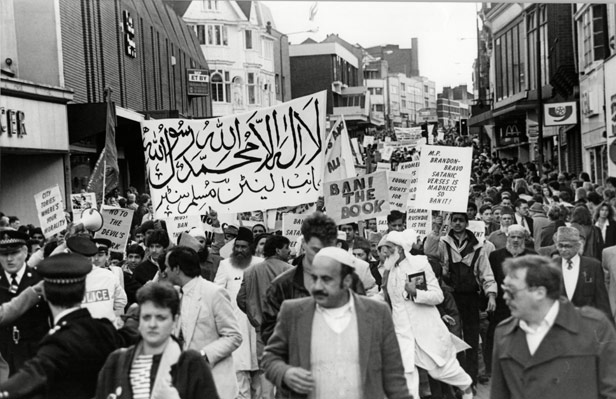 Issue was taken with the book’s title, a reference to verses in the Koran which allowed prayers to three Pagan goddesses, which were later said to have been removed by the Prophet Mohammed. Prayer to deities other than Allah contravenes the monotheistic aspect of Islam.

Other controversial elements were the use of the name Mahound, said to be a derogatory term for Muhammad used during the Crusades, and women found in a brothel in the novel being named after Muhammad’s wives.

Rushdie would point out that the character who uses the name Mahound is an entirely unsympathetic character, and that the women in the brothel are shown to be entirely chaste, and are named for the prophet’s wives to symbolise the corruption in their pre-Islamic city.

The British government severed diplomatic ties with Iran; in September 1998, new Iranian President Mohammed Khatami announced the state would not support the fatwa, though technically it can only be rescinded by the person who issued it – and Khomeini passed away in June 1989.

Salman Rushdie – Did you know? 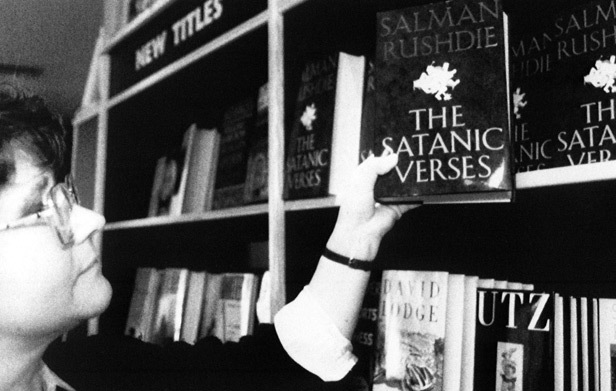