Brown, Blair, Callaghan, Wilson, Attlee, MacDonald - it's a sequence born on this day in 1900 with the creation of the Labour Party.

On a momentous day for British politics, the Labour Party was formed on this day in 1900 at a special conference of the country’s left-wing organisations held in London.

The founding conference of the Labour Representation Committee (LRC) had been called after a railway worker called Thomas Steels suggested that the Trade Union Congress bring together all left-wing organisations and form them into a single body that would sponsor parliamentary candidates.

Just under half of the country’s trade union membership was represented at the meeting on Farringdon Street, along with the Independent Labour Party (ILP), the Fabian Society and the Social Democratic Federation.

ILP founder and former MP Keir Hardie proposed a motion that "a distinct Labour group in Parliament” should be formed, distinct from other parties, with its own policies and whips, dedicated to the promoting of legislation that helped the working man.

He firmly stated the need to avoid “the scandal which in the past had pained earnest men on both sides of seeing trade unionists opposing socialists and vice-versa”. 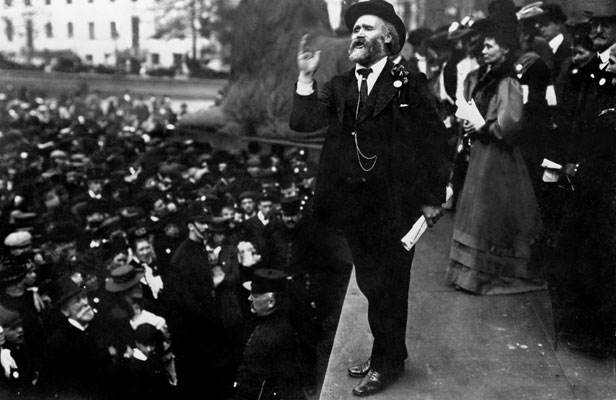 Hardie's motion was carried, and for the first time the broad range of socialist and labour-representing groups were affiliated under one umbrella organisation.

The party had no official leader, but Scottish ILP member Ramsay MacDonald was elected its Secretary.

The general election in October that year saw two members of the nascent party elected - Hardie (in Merthyr Tydfil) and Richard Bell (in Derby) – but at the 1906 election, the LRC returned 29 MPs, and would formally become the Labour Party.

Birth of Labour - Did you know?
Print this story
Back to top