The King of Pop suffered serious burns when pyrotechnics ignited his hair, leaving him reliant on the painkillers which contributed to his early death 24 years later.

Music megastar Michael Jackson was rushed to hospital in Los Angeles on this day in 1984, after being set on fire during the filming of a TV commercial.

The 25-year-old, later dubbed the ‘King of Pop’, was filming a staged concert performance for a new advertising campaign by Pepsi with members of his family, when sparks from a pyrotechnic explosion ignited his hair.

Jackson briefly continued performing, then hurried to the back of the set where he was pushed to the ground and extinguished by stage hands and his brothers.

The singer was initially taken to Cedars-Sinai Medical Centre, where he was “noted to be quite shaken up with palm-sized area of second-degree and small area of third-degree burns” by his doctor, Steven Hoefflin. 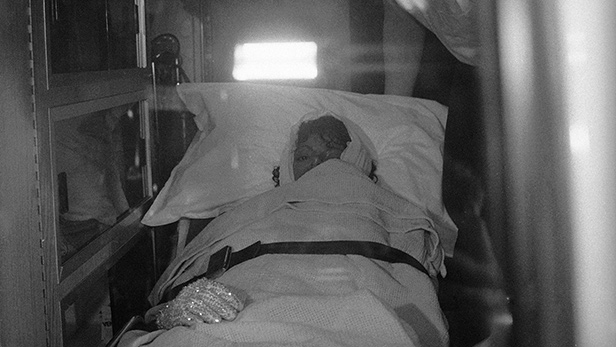 His wounds were treated, and then he was given a number of different painkillers and prescribed a powerful sedative to calm his nerves and help him sleep.

Jackson was arguably at the very peak of his career when the incident happened. His album Thriller had been released to huge acclaim at the end of 1982 and he would go on to win a record eight Grammy awards in February.

He and his brothers had signed a promotional deal with Pepsi worth $5 million in November the previous year. After the accident, Pepsi paid Jackson $1.5 million in compensation, which the pop star donated to the Brotman Medical Centre, one of the hospitals in which he was treated.

Michael Jackson - Did you know?
Print this story
Back to top