When the flagship of environmental organisation Greenpeace was torn apart by bombs in Auckland harbour, killing one activist, the finger of blame was to point all the way up to the office of the President of France himself.

In an incident which shocked the world and sparked decades of tension between Paris and Wellington, French intelligence sank the flagship of the Greenpeace fleet - Rainbow Warrior - as it lay berthed in Auckland Harbour, New Zealand.

The barbarous act of state-sponsored terrorism claimed the life of one of the crew members and ripped a gaping hole in France's standing on the world stage.

The famous vessel was due to lead a flotilla of boats to Mururoa Atoll to protest against French nuclear tests in the Pacific, but its mission was brought to a shuddering halt at 11.45pm local time.

The 11 people on board were either sleeping or preparing for bed when an explosion tore a hole in the stern of the moored ship.

The sharp crack and sudden rush of water led the environmentalists to believe that the ship had been hit by a tugboat.

But just moments later, after Captain Peter Willcox had given the order to abandon ship, a second blast left the crew wise to their predicament: they were under attack.

The second blast had blown some of the crew into the water. As they clambered to dry land it became apparent that Portuguese-born photographer Fernando Pereira was missing. In the relative calm that followed the first blast, the 35-year-old had returned below deck to fetch his camera equipment only to be drowned by the flooding brought on by the second explosion. 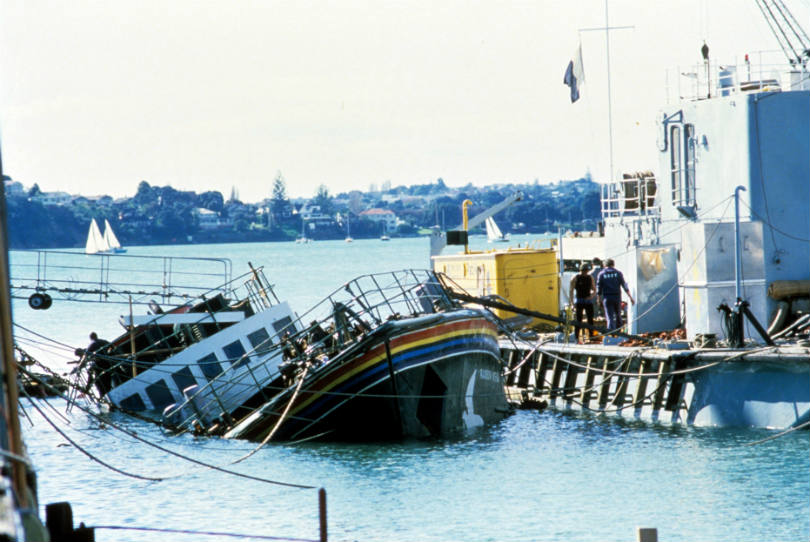 As dawn broke, divers recovered remnants of limpet mines unavailable in New Zealand. The hunt for the saboteurs was on.

Given the Rainbow Warrior's intended mission in the Pacific, France was soon forced to distance itself from the bombing, with its embassy in Wellington stating that "the French government does not deal with its opponents in such ways".

Two days later, New Zealand police picked up Sophie and Alain Turenge as they were returning a rented camper van. They were carrying Swiss passports and claimed to be married.

But the supposed holiday-makers were soon outed as Major Alain Mafart and Captain Dominique Prieur - agents of France's General Directorate for External Security (DGSE). They were charged with murder, conspiring to commit arson and wilful damage.

France continued to deny any involvement, even after Australian police picked up three more DGSE agents on Norfolk Island as they made their getaway by yacht, and even after a volunteer working in the Greenpeace office in Auckland was exposed as DGSE agent Christine Cabon.

Eventually, with the world's media in a frenzied rush to implicate President Francois Mitterrand in the affair, Paris cracked.

On September 21, Defence Minister Charles Hernu resigned and Admiral Pierre Lacoste, head of the DGSE, was fired. On the following day, Prime Minister Laurent Fabius summoned journalists to his office and read a brief statement. "The truth is cruel," he said. "Agents of the French secret service sank this boat. They were acting on orders."

Left high and dry by their superiors, Mafart and Prieur admitted to manslaughter and were sentenced to 10 years' imprisonment in New Zealand.

Despite the very public shaming it had endured, France somehow felt moved to challenge the verdict, threatening an economic embargo of New Zealand's exports to the European Economic Community if the pair were not released.

Fearing for their agricultural sector, New Zealand handed over the culprits to France in exchange for $6.5 million in compensation and an apology. The UN-sanctioned deal also stipulated that Mafart and Prieur must be detained until June 1989 at the French military base on Hao Atoll in French Polynesia.

But in a blatant violation of the agreement, Mafart returned to Paris in December 1987 on medical grounds, and Prieur followed in May 1988 having fallen pregnant to her husband whilst on the atoll.

And so ended an episode in French history as wicked as its designated codename - Operation Satanique.

France sinks the Rainbow Warrior - Did you know? 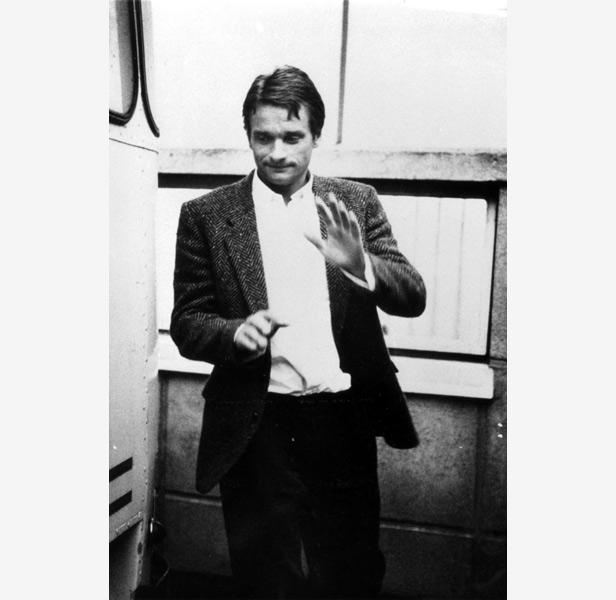