Six years after the secretive Manhattan Project began its research into uranium-based explosives, the world's first atomic bomb was detonated in the deserts of the western USA.

The first test detonation of an atomic bomb, by military and scientific members of the US-led Manhattan Project, happened on this day in 1945, ushering in the nuclear age and beginning a chilling new arms race.

As the video above recalls, the test, code-named Trinity, was the culmination of six years' planning and development by members of the Manhattan Project, which had been set up to beat Nazi Germany in the race to develop nuclear weapons.

In 1939, physicist Albert Einstein alerted US President Franklin D. Roosevelt to research on chain reactions using uranium and the possibility that this might lead to the development of powerful weapons by the Nazis. 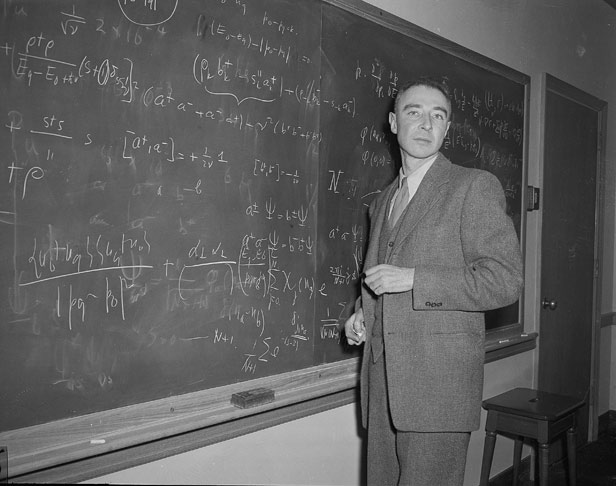 Dr J Robert Oppenheimer (above), later to become known as the 'father of the atomic bomb', was appointed to lead a team of theoretical physicists in the weapon’s creation, while Major General Leslie R. Groves commanded the military side of the operation.

Oppenheimer set up the Los Alamos Scientific Laboratory in New Mexico where the first atomic bombs were designed. The Trinity test was first mooted in 1944, and by September of that year, an area of the nearby Alamogordo Bombing and Gunnery Range was selected to be the test site. 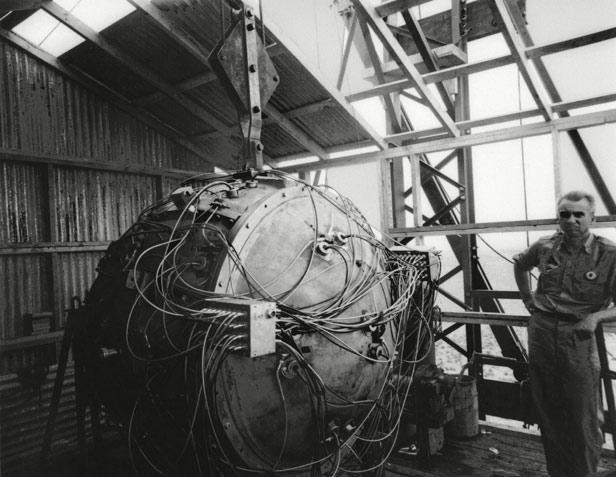 On the day of the test, project personnel watched from 10,000 yards away as the bomb - an implosion-design plutonium device euphemistically dubbed 'the Gadget' - was detonated at 5.29am. The first mushroom cloud of searing light stretched 40,000 feet into the air and generated the destructive power of 15-20,000 tons of TNT.

The tower on which the bomb sat when detonated was vaporised in an instant. The shockwave of the blast took 40 seconds to reach the test personnel’s shelters 10,000 yards away, but was felt up to 100 miles from its epicentre. 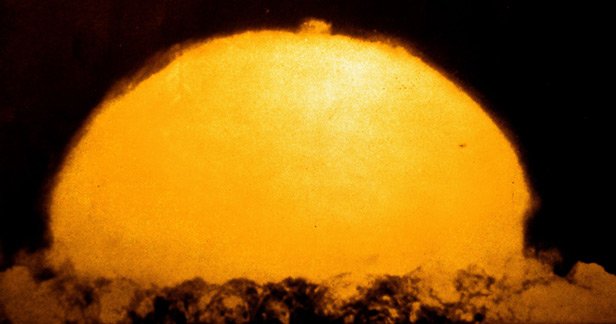 The destructive power of atomic weapons haunted many of the Manhattan Project scientists.

Years later, Oppenheimer would fight back tears as he recalled that the detonation brought to mind a line from the Hindu scripture the Bhagavad Gita: "Now I am become Death, the destroyer of worlds." His thoughts, and regrets, on the deployment of the Atom bomb can also be heard in the video above.

The Manhattan Project – Did you know? 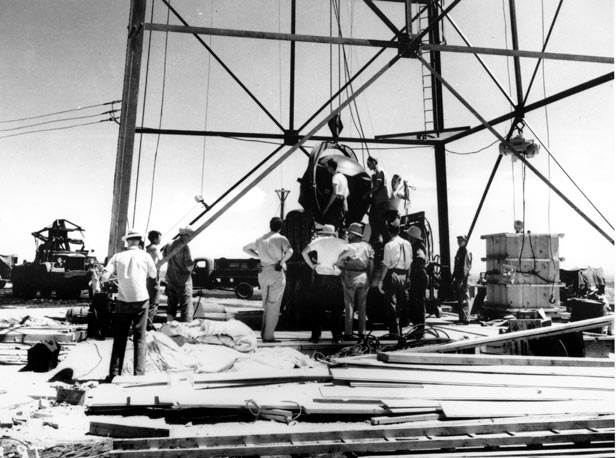