July 21, 1969: Neil Armstrong takes 'giant leap for mankind' onto surface of the Moon

An estimated 600 million people worldwide watched on TV as American astronauts Neil Armstrong and Buzz Aldrin became the first humans to walk on the surface of the Moon on this day in 1969.

As the video above recalls, the two men, who along with command module pilot Michael Collins made up the crew of the Apollo 11 mission, landed in the Sea of Tranquillity in their Eagle lunar module at 2.56am BST.

Twenty minutes later, having switched on cameras fitted to the module, Armstrong stepped down onto the Moon’s surface, uttering the memorable line: "That's one small step for man, one giant leap for mankind". 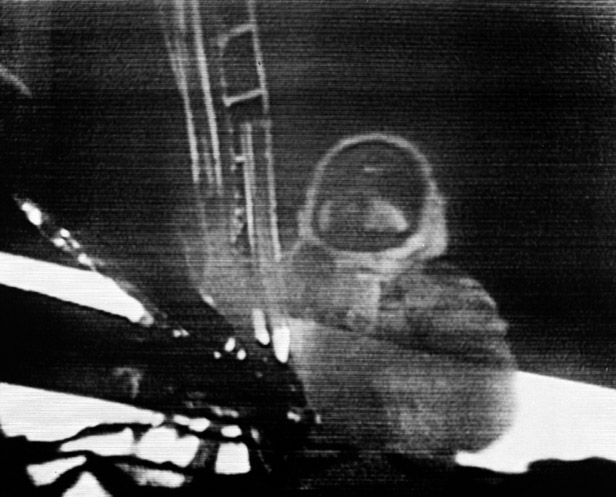 After a further 20 minutes, he was joined by module pilot Aldrin. The pair took photos of the lunar module to assess its condition after landing and took soil samples, as well as testing their range of movement in the Moon’s low gravity.

The two men planted a specially-made American flag on the surface, then received a message of congratulations from US President Richard Nixon, who said their achievement “inspires us to redouble our efforts to bring peace and tranquillity to Earth”. 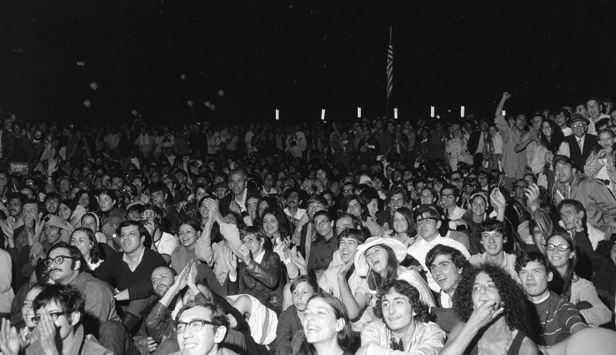 As they continued with their work Collins, who had remained on board the command module Columbia, told Nasa mission control that he had successfully completed an orbit of the moon.

Armstrong and Aldrin would spend a total of 21 hours on the Moon, two-and-a-half of them outside the Eagle module. Back on board Columbia, the three astronauts left the Moon's orbit on July 22 and returned to Earth two days later.

They left behind a plaque bearing images of both hemispheres of the Earth and their signatures, as well as the inscription: "Here men from the planet Earth first set foot upon the Moon, July 1969 A.D. We came in peace for all mankind". 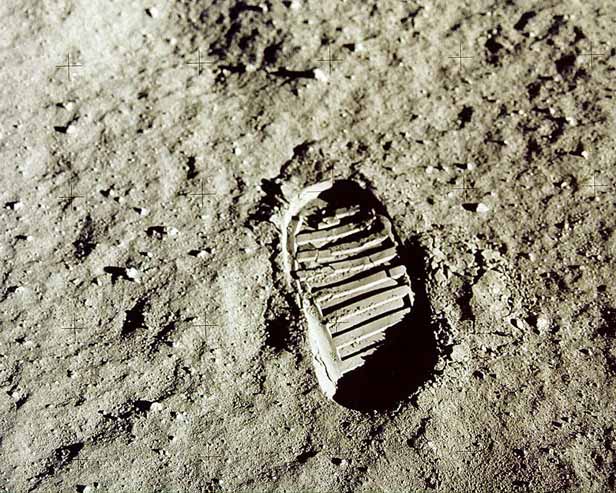 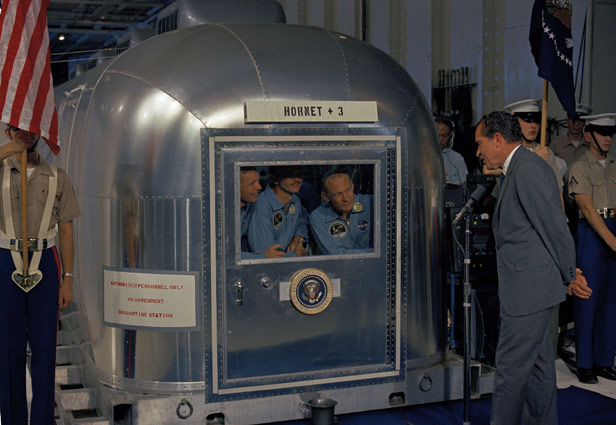