Sailors toasted the end of more than two centuries of naval tradition when the Royal Navy scrapped the daily rum ration that had kept mariners in good spirits since 1740.

The Royal Naval tradition of issuing its sailors with a tot of rum – an official practice for 230 years – was discontinued on this day in 1970, leading seamen to dub the date ‘Black Tot Day’.

Rum had actually been given as a daily ration to ratings as far back as 1655, but the practice was formalised in 1740, when Admiral Edward Vernon decreed that half a pint of rum, split into two servings and diluted to four parts water, one part alcohol, should be issued to sailors each day.

In 1824, the ration had been halved in an attempt to solve discipline issues in the navy; as early as 1850, the Admiralty’s splendidly-named Grog Committee had even recommended its abolition. Though the daily tot survived, officers lost the right to it in 1881 and warrant officers in 1918. 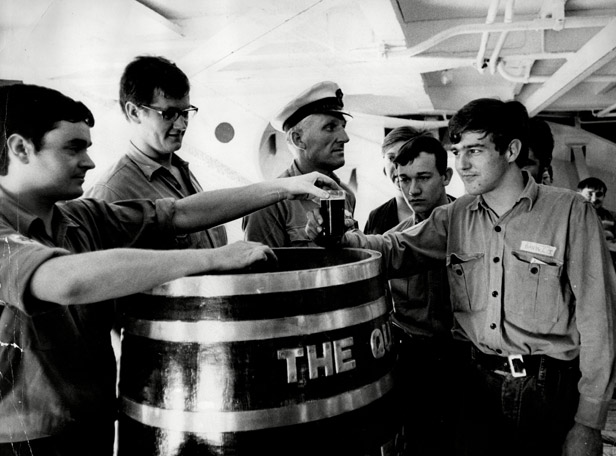 By 1969 the ration had fallen to an eighth of a pint of rum a day for those over the age of 20. Senior ratings could drink their tot neat; juniors were now made to dilute theirs to two parts water, one part rum.

[July 4, 1954: Britain drools as food rationing finally comes to an end after 14 years]

In December that year, responding to an enquiry from MP Christopher Mayhew, the Admiralty conceded that the rum ration was incompatible with the safe operation and maintenance of the complex machinery on board Royal Naval vessels. 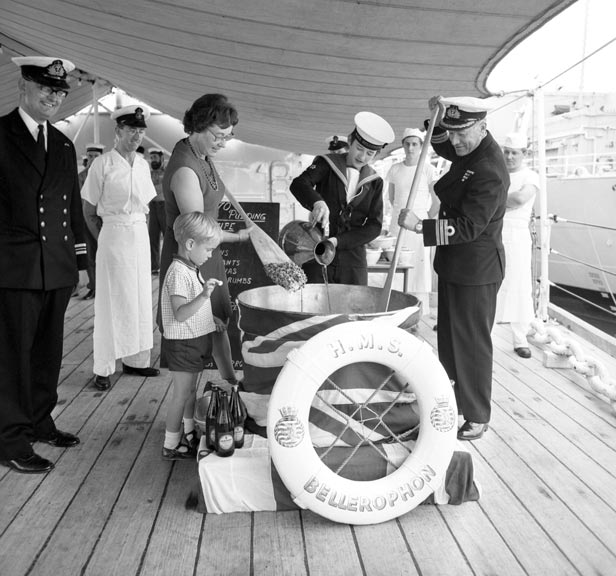 A debate in the House of Commons in January came to the same conclusion, and as a result, the final tots of rum were issued at six bells in the forenoon watch (11am) on July 31. The decision was unpopular among sailors, though they would be allowed an extra can of beer a day in compensation.

Some ratings wore black armbands to receive their final tot; in one training camp, HMS Collingwood in Fareham, Hampshire, sailors held a mock funeral procession to commemorate the occasion, complete with a coffin flanked by drummers and a piper.

The rum ration – Did you know? 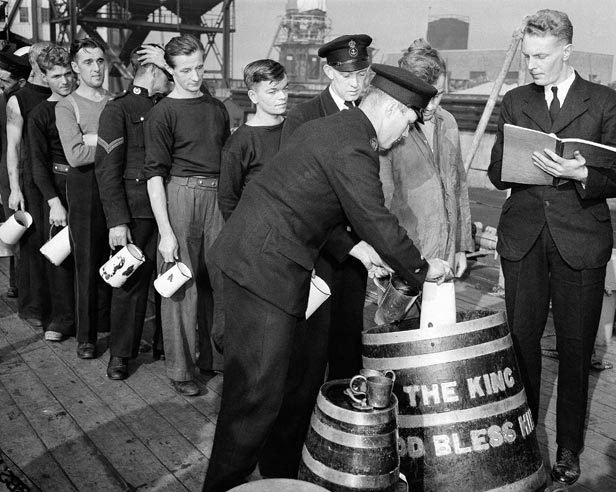