The Beatles, already the world’s biggest pop group, thrilled critics and fans alike with the launch of an experimental concept album which tops best record lists to this day.

The Beatles, already established as great ground-breakers in terms of their songwriting and recording, gave popular music another great push forward into the realms of rock with the release of their eighth studio album, Sgt Pepper’s Lonely Hearts Club Band, on this day in 1967.

Presented in a lavishly-illustrated gatefold sleeve complete with printed lyrics, Sgt Pepper contained 13 tracks that went way beyond the typical pop product of the day, full of curious instrumentation, ethereal lyrics and a sense of beatific harmony that helped usher in the ‘Summer of Love’.

Gathering at Abbey Road Studios at the end of 1966, they had considered working on a suite of songs based on reminiscences of their Northern childhoods – an idea apparent in the double A-sided single that preceded the album in early 1967, Strawberry Fields Forever/Penny Lane. 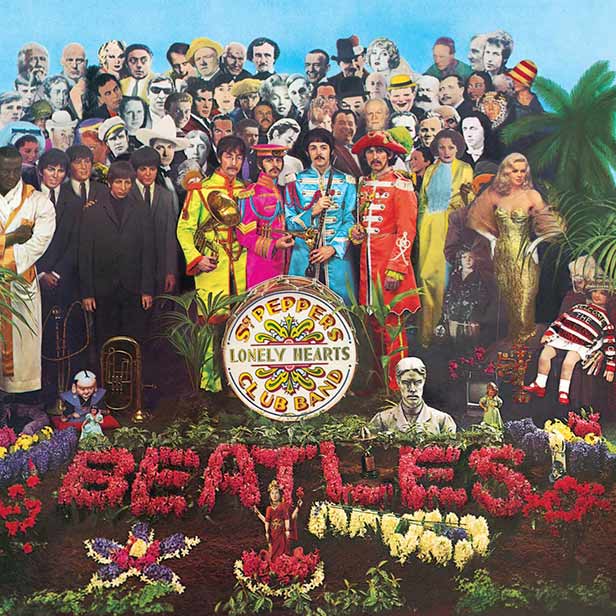 Paul McCartney then proposed that they record their new tracks in the guise of the fictional band from his composition that would give the album its title – giving them more scope for experimentation, freed from the shackles of being ‘The Beatles’.

For this reason, Sgt Pepper has become known as a concept album, though as John Lennon would later point out, the Pepper band theme only really encompasses the first two tracks and the reprise.  Nevertheless, references to their Northern upbringing and childhood exist in almost every song.

From the heavy rock sound of the title track, to the eastern-tinged mysticism of George Harrison’s Within You, Without You, via Lennon’s homage to psychedelia Lucy in the Sky With Diamonds and the dream-like collage of A Day in the Life, Sgt Pepper was as multi-faceted as it was original.

The record buying public agreed – it immediately shot to the top of the charts on both sides of the Atlantic – as did critics; Sgt Pepper was almost universally acclaimed, and is still regarded as one of the greatest and most influential albums of all time.

Sgt Pepper's Lonely Hearts Club Band - Did you know?
Print this story
Back to top