The ambitious vision of actor, director and Shakespeare enthusiast Sam Wanamaker became reality when Shakespeare's Globe, an authentic reconstruction of an Elizabethan theatre, opened in the heart of London.

Shakespeare’s Globe Theatre, a reconstruction of a venue of the same name which staged original productions of the bard’s works nearly 400 years previously, was opened on this day in 1997 by Her Majesty the Queen and Prince Philip.

The opening brought to fruition a long campaign to rebuild the theatre, within a short distance of its 17th century location on Bankside in London, by American actor-director Sam Wanamaker, who had settled in England in the early 1950s.

A Shakespeare enthusiast, Wanamaker had established the Globe Playhouse Trust charity in 1970, and would spend the next 23 years researching, fundraising and obtaining permissions for the new Globe to be created, alongside architect Theo Crosby and historical adviser John Orrell. 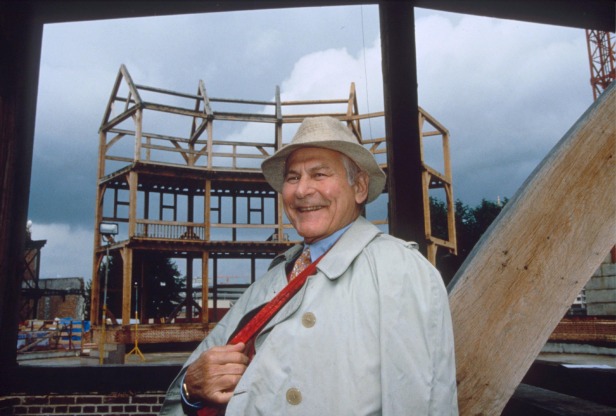 Though he would pass away in December 1993 – followed by Crosby a year later – Wanamaker’s zeal for the project, often in the face of severe bureaucratic restriction, meant that the site was secured and construction work had started on the theatre before he died.

A National Lottery grant of £12.4 million awarded in 1995 ensured that building could be completed, and Mark Rylance was appointed Artistic Director the following year. The actor would also play the lead in the first official production at the new Globe, Henry V.

The new theatre recreated the original Globe, which was open from 1599 to 1613 before being burned down and rebuilt, as faithfully as possible. It is a largely wooden structure, featuring a thrust stage in a circular courtyard for standing patrons, surrounded by three tiers of seating. 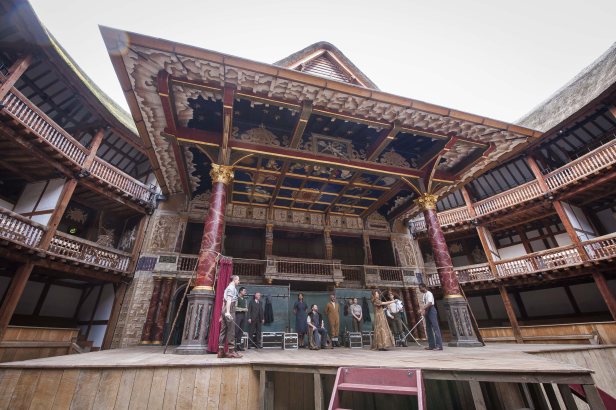 The venue, which was the first to be allowed to have a thatched roof since the Great Fire of London in 1666, stages plays in the summer months without use of spotlights or amplification and with music performed live, in order to closely replicate the theatregoing experience of Elizabethans.

Shakespeare’s Globe – Did you know? 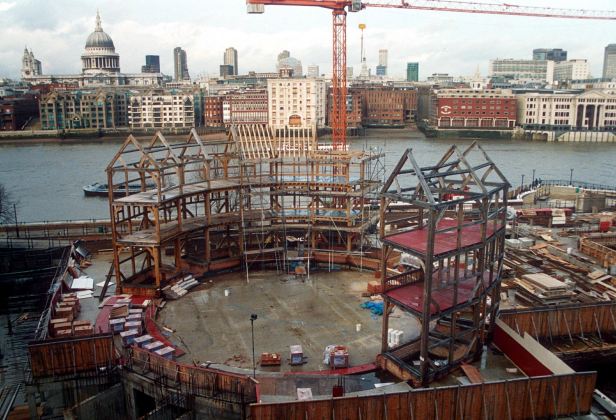