The discovery of a body hanging under Blackfriars Bridge sparked an enduring murder mystery complete with conspiracy theories that involved the mafia, the Vatican and a future Italian leader.

In a moment that would spark one of the enduring mysteries of our times, the body of a man in an expensive suit was spotted hanging from Blackfriars Bridge on this day in 1982.

The dapper victim turned out to Italian banker Roberto Calvi, the chairman of Banco Ambrosiano, the country’s biggest private bank whose main shareholder happened to be the Vatican.

Calvi - dubbed 'God's Banker' on account of his organisation's close ties with the Holy See - had been removed from his post on the day before his death amid dark rumours of creative accountancy, links with clandestine groups and secret political slush funds. 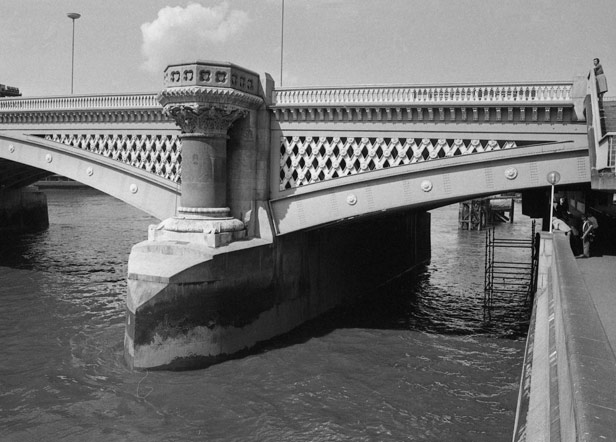 Indeed, Calvi had been on the run from the law at the time of his demise. He had fled Italy nine days earlier after being handed a four-year suspended sentence for transferring $27 million out of the country in violation of national currency laws.

But it seems that Italian police were not the only ones keen to catch up with the fugitive financier.

At the time of Calvi's death, Banco Ambrosiano was on the verge of collapse with debts of almost half a billion pounds - and not all of its creditors were seraphs.

There's evidence to suggest that the bank laundered drug money for the Sicilian Mafia, and it is understood that both Calvi and his bank were intimately involved in Propaganda Due, an illegal pseudo-Masonic lodge dedicated to serving the interests of the Italian establishment.

The Catholic Church also had reason to fear Calvi's testimony. It is alleged that the Vatican Bank used Banco Ambrosiano to funnel US money to a host of irregular organisations, including the Solidarity movement in Poland and the Contras of Nicaragua.

From this tangled web of intrigue, observers were able to form a disorderly queue of suspects.

But it took British police just one week to decide that Calvi had taken his own life.They found no evidence of a struggle. What they did find was bricks in his pockets, over $15,000 in his wallet and a Patek Philippe watch on his wrist. Nothing pointed to a 'hit'; assassins would have made off with his possessions. What's more, Calvi had history, having attempted suicide following his arrest in Italy.

But Calvi’s widow Carla and son Carlo (below, in London for the 1983 inquest) were not convinced. Their challenge sparked a second inquest. Held in London in 1983, it delivered an open verdict on the death, ruling that there was no way of knowing whether Calvi had killed himself or been killed by others. 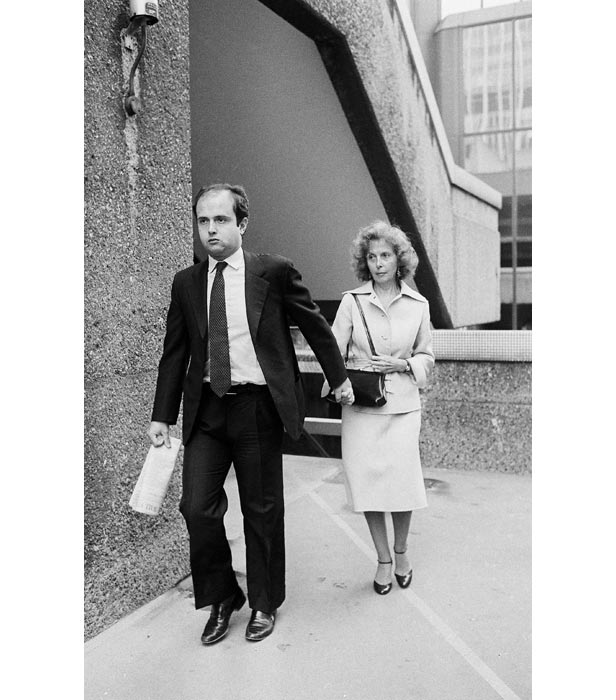 Buoyed by this element of doubt, Carlo Calvi forged on. He hired private investigators who in 1992 concluded that the banker could not have clambered up the bridge's scaffolding because his shoes were devoid of any trace of paint or rust.

They also found that the Thames was at high tide at the exact time of Calvi's death. This meant that a person standing in a boat would have been able to reach the spot where the body was found hanging.

The evidence failed to force a third British inquest, but Italian authorities were intrigued.

Calvi's body was exhumed in 1998 and a detailed forensic report was published in 2002. It concluded that the banker's neck showed no evidence of the injuries usually associated with death by hanging. More damningly still, his hands never touched the bricks found in the pockets.

Italian judges concluded that the banker had not taken his own life, and in October 2005 five people went on trial in Rome for his murder.

But, after hearing 20 months of evidence, the presiding judge threw out the charges, citing "insufficient evidence".

A separate case was made against Licio Gelli, the grand master of Propaganda Due. Despite acknowledging, on oath, that the financier was murdered, Gelli was acquitted of any involvement, "insufficient evidence" again key to the ruling.

With all avenues now seemingly exhausted, the death of Roberto Calvi looks set to go down in history as the perfect murder.

The death of Roberto Calvi - Did you know?
Print this story
Back to top