An Air India Boeing 747 bound for Heathrow was blown out of the sky with the loss of all passengers and crew when a bomb on board exploded 120 miles from Cork.

On this day in 1985, an Air India jet making its approach to Heathrow Airport exploded in Irish airspace, killing all on board.

Whilst some passengers and crew survived the initial explosion and subsequent decompression, no survivors were found at the crash site some 120 miles off the coast of Cork.

In all, 329 people were killed. The dead included 268 Canadian nationals - mostly of Indian birth or descent - and 27 Britons.

More than 150 bodies were claimed by the sea and have never been recovered.

The downing of the Boeing 747 came just one hour after a bomb had exploded at Tokyo’s Narita Airport as luggage from a Canadian Airlines plane was being loaded into an Air India jet destined for Delhi.

The twin attacks were almost immediately linked and blamed on Sikh extremists.

It transpired that tickets for both flights had been purchased by the same person, and that both planes were carrying bags without the passenger who checked them in.

The paper trail led Canadian investigators to Babbar Khalsa, a Sikh militant group, and two arrests were made in November 1985. 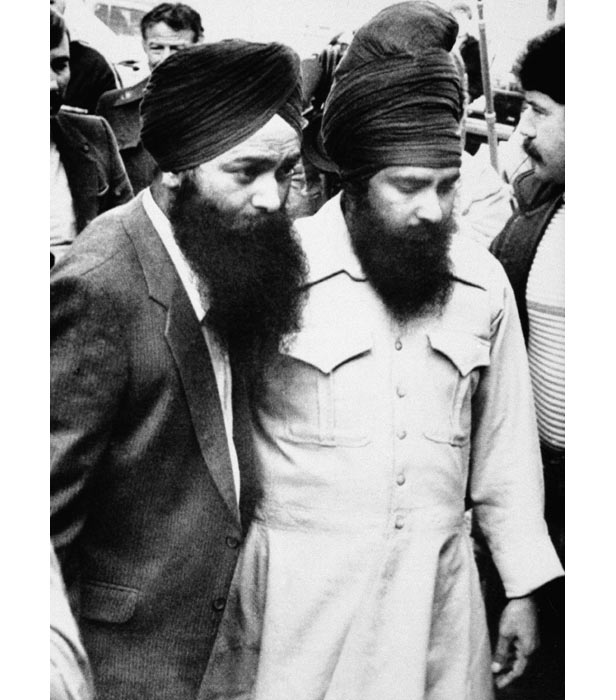 The accused - Talvinder Singh Parmar and Inderjit Singh Reyat (above, being escorted to court in November 1985) - were charged with weapons, explosives and conspiracy offences. But a lack of evidence meant that the two men walked free. Whilst Parmar was acquitted of all charges, Reyat was fined for possession of an unlicensed - and unrelated - firearm and put on probation.

A subsequent investigation lasted almost 20 years and became the most expensive in Canadian history - yet its findings did little to assuage relatives of the victims.

Reyat was re-arrest and sentenced to 10 years in prison after admitting to making the bomb which killed two baggage handlers at Narita Airport.

In 2003, two years after his release, he pleaded guilty to manslaughter in connection with the Air India bomb. He was sentenced to just a further five years in prison.

He remains the only person convicted of involvement in an incident that remains the most deadly aircraft bombing in history. 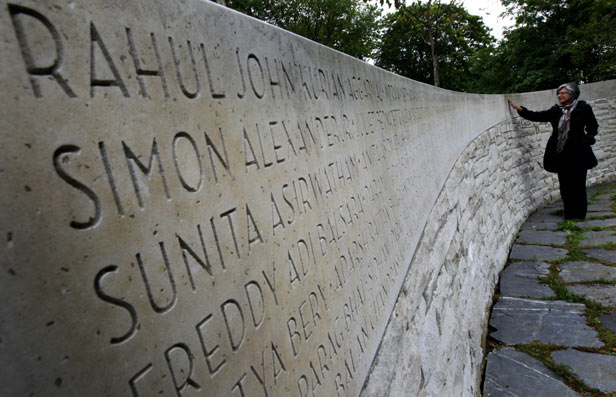