It was the end of the road for America's Main Street when the 2,448-mile highway, made famous in history, literature and song, was deemed too narrow and expunged from the US highway system.

It winds from Chicago to LA, more than 2,000 miles all the way - but that doesn't make it a proper highway. And on that reasoning, Route 66 ceased to exist on this day in 1985.

For many, the demotion of 'America's Main Street' by the American Association of State Highway and Transportation Officials was an act of bureaucratic vandalism. They might as well have followed up by pulling the plug on Time Square and painting The White House green.

But progress waits for no man. The 2,448 miles of shimmering asphalt and the communities that grew and prospered along its verges found themselves bypassed by the rise of the four-lane Interstate Highway System. 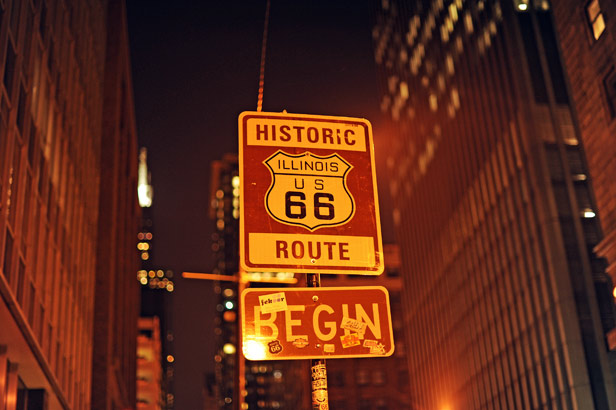 For its failure to meet the size-obsessed conforms of modern America, Route 66 was relegated to a virtual B-road and that evocative designation was expunged from the map - quite an indignity for a stretch of road that is hard-wired into the American psyche.

Cutting diagonally across eight states and three time zones, the road was based on trails forged by Native Americans. Explorers and soldiers later won the West by traipsing up and down its spine with goods and munitions.

It offered Dust Bowl migrants not only a shortcut to freedom but also a shot at the American Dream. For John Steinbeck, it was "the Mother Road, the road of flight" which allowed the Joad family to escape the deprivation of Oklahoma for the promised land of California in his seminal novel, The Grapes of Wrath. 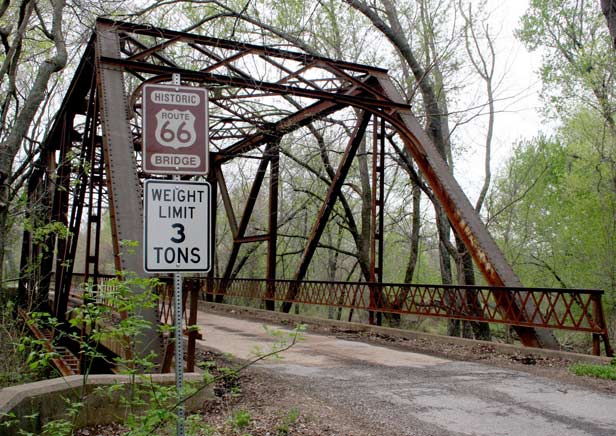 With the rise of the automobile, Route 66 came into its own. It was the first highway to be completely paved and spawned the first drive-through restaurant and the first McDonald's. It is said to have been instrumental in the rise of the chain store and the motel.

Catching the eye of the passing motorist quickly became an art form, with neon signs and quirky architecture soon making the road a destination in itself.

To drive along its length was to savour America in miniature. Stretching from the Great Plains to the Pacific Ocean, it rolled on under big skies, inviting travellers to take stock of where the nation had been and where it was going.

But its popularity contributed to its downfall, with traffic swelling beyond its two-lane capacity, and its fate was sealed as soon as President Dwight Eisenhower signed the Federal Aid Highway Act of 1956.

Now that it is possible to travel across the country from coast to coast without actually seeing anything, what remains of the fabled route is withering on the vine.

But 85% of the road remains navigable, and many Americans are beginning to make secular pilgrimages to the roadside diners that struggle on in places like Joplin, Gallup, Flagstaff and Barstow (and don't forget Winona).

For their efforts, they are rewarded with a glimpse of the wonderfully ordinary, and a sense of America before it became generic. 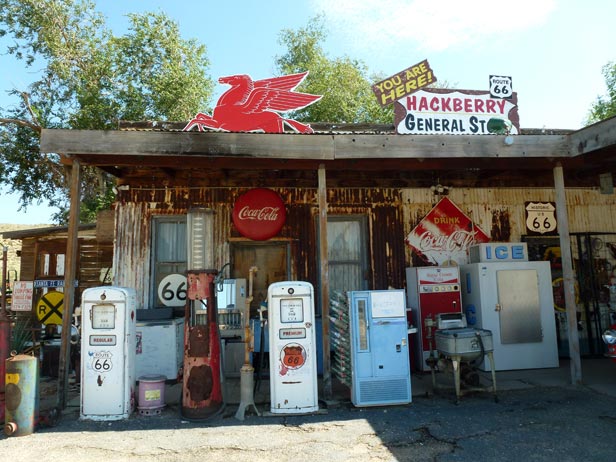