Controversial boxer Mike Tyson shocked the boxing world when he bit heavyweight champion Holyfield on both ears during their WBA title fight in Las Vegas.

In what was to become arguably the most notorious and bizarre moment in boxing history, ‘Iron’ Mike Tyson bit a one-inch chunk from the right ear of his opponent, WBA world heavyweight champion Evander Holyfield, in the third round of their title fight in Las Vegas.

To compound matters, after the fight resumed following a warning to Tyson, the former undisputed champion sank his teeth into Holyfield’s left ear, once again drawing blood, and leaving referee Mills Lane with no option but to disqualify him.

The two men had fought for the first time seven months earlier, with underdog Holyfield wresting Tyson’s WBA crown from him with an impressive and dominant performance, stopping the New Yorker in the 11th round. 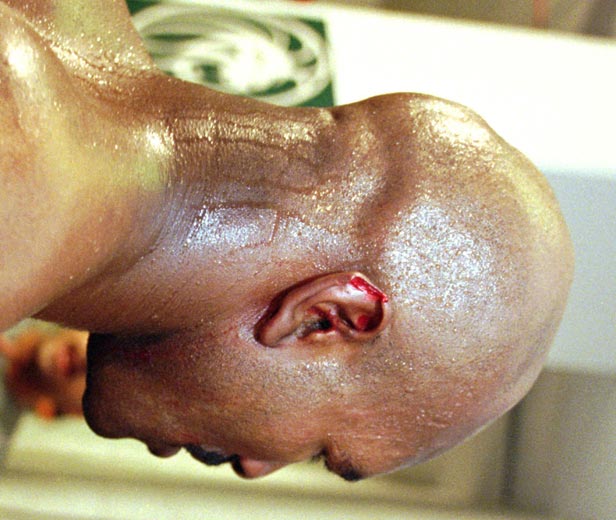 In that fight, a headbutt by Holyfield, ruled accidental, had opened up a cut on Tyson’s eye and upset the shorter boxer, but after the bout Tyson told his vanquisher: “I have the greatest respect for you.”

Despite this, Tyson’s camp had demanded a different referee for the rematch to ameliorate against what they felt was illegal use of the head by Holyfield.  In the second round of their rematch, another clash of heads again opened a cut above Tyson’s eye, clearly enraging him.

As he came out for the third round, Holyfield was the first to notice that his opponent was not wearing his gumshield. Referee Lane sent Tyson back to his corner to retrieve it, but with 40 seconds of the round remaining the challenger would spit it out and launch his assault on Holyfield’s ear. 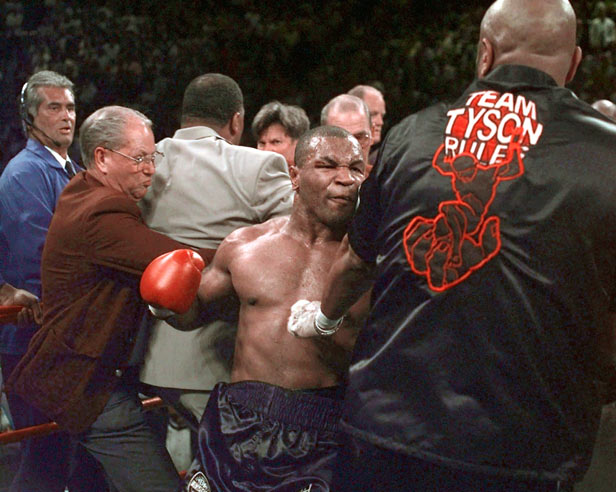 Tyson was docked two points from his scorecard, but would then take a second bite at the champion and was disqualified. In a rage, he would try to attack Holyfield and his trainer in their corner (pictured above) but was prevented from doing so.

[April 28, 1967: Muhammad Ali causes uproar by refusing to be drafted into US Army]

On his way from the ring, Tyson would also attempt to attack a spectator who threw a bottle of water at him, before being restrained. The former champion would have his boxing license revoked, and would be fined $3 million plus legal costs as a result of his actions.

Tyson vs Holyfield – Did you know? 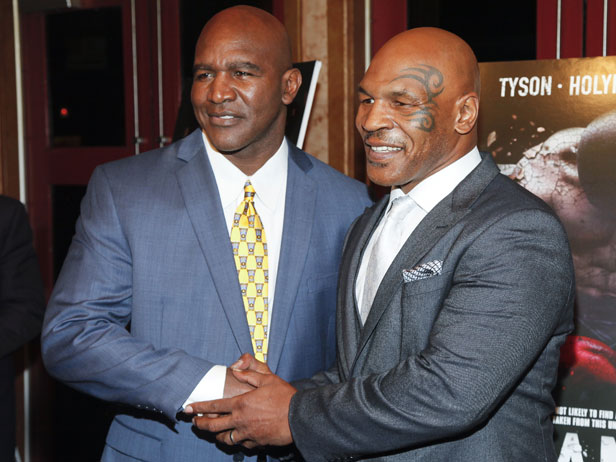