A 17-year-old striker from Sao Paolo needed only four matches to write his name in footballing history as he inspired Brazil to its first World Cup in Sweden.

Very few outside South American football had heard of a 17-year-old Brazilian striker called Edson Arantes do Nascimento before the 1958 World Cup finals in Sweden. But in just four matches, the teenager – better known as Pele – would announce himself as the new sensation of the world game.

As the coverage of the final in the video above shows, having already impressed in earlier rounds, Pele scored two goals during his country’s 5-2 victory over the host nation in the final – one, a breathtaking piece of skill and finishing – playing a significant part to bringing the Jules Rimet trophy back to Brazil for the first time.

The young forward, who had first played (and scored) for the national side aged just 16 years and nine months, had arrived at the finals with a knee injury that kept him out of Brazil’s first two games, a comfortable win over Austria and a 0-0 draw with England.

Pele had recovered by the time of their third group match against the USSR, and senior squad members pressed for - and won - his inclusion in the team. Brazil won 2-0, and followed this with a quarter-final victory over Wales in which the teenager scored the only goal.

Brazil were improving as the tournament progressed, and with their new star pulling the strings they cruised past France in the semis, with Pele scoring a hat-trick, securing a place in the final in Solna, Stockholm.

Sweden surprised Brazil by scoring within five minutes, but Vava would reply from the edge of the six-yard box soon after, then add a carbon-copy goal before half time. 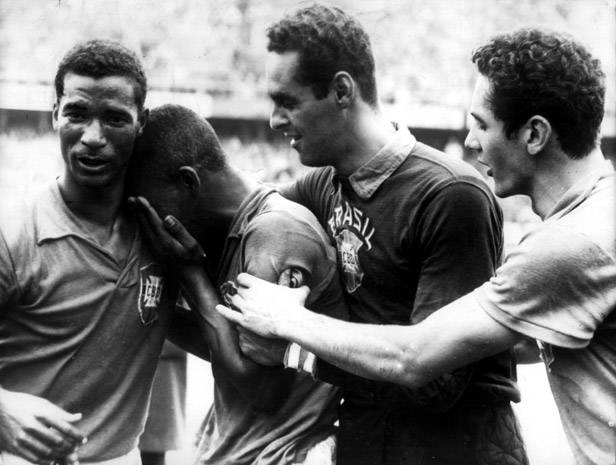 The came Pele’s moment of magic. Chesting down a cross into the penalty box by Nilton Santos, the teenager flicked the ball over the head of Swedish centre-back Gustavsson, then volleyed it home in one smooth movement past ‘keeper Svensson.

After another Brazilian goal by Zagallo and a consolation for Sweden from Simonsson, Pele added his second goal – Brazil’s fifth – in the final minute with a well-placed header. In tears of joy as the trophy was lifted, the young man’s stardom was already assured.

Pele - Did you know? 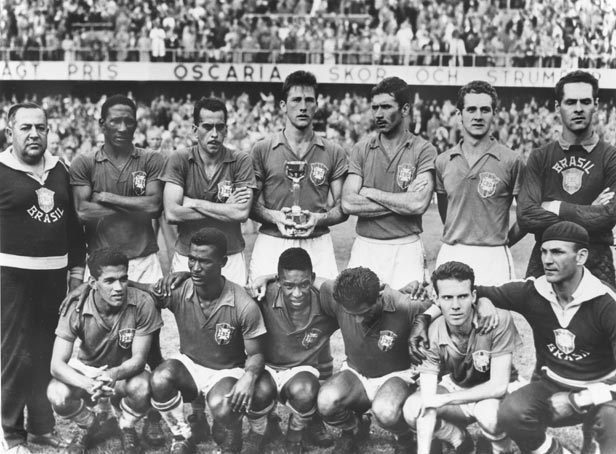