June 30, 1938: The world breathes easy as Superman swoops into view for the first time

Superman's quest to protect mankind from evil and corruption began on this day in 1938 when a rejected illustration featuring the Man of Steel found its way onto the cover of the first edition of Action Comics.

Was it a bird? Was it a plane? No! The strapping figure that appeared on the cover of Action Comics 1 - dated June 1938 - turned out to be Superman, and he was about to "turn his titanic strength into channels that would benefit mankind".

On the cover of the brand new comic book, the mystery being is pictured hoisting a car above his head, his red cape fluttering in his wake as mere earthlings - terrified, confused, amazed - flee in all directions.

The image would go on to become a cornerstone of pop culture. Some even compare it to works of the Italian Renaissance, most notably Hercules Clubs the Hydra by Antonio del Pollaiolo.

As for Superman himself? Well, he would go on to make his publishers bags of money - possibly more than even he could lift.

No one expected the world's first bona fide superhero to make such an impact. Indeed, the story of Superman - written by Jerry Siegel and illustrated by his childhood friend Joe Shuster - had already been rejected by National Allied Publications, the precursor to DC Comics.

Their comic strip was pulled out of the bottom draw only after the firm decided to cobble together a partner for their highly successful Detective Comics series.

That Superman made the cut at all was largely down to the strength of that image of the airborne car. Believing it could make for a passable cover, National Allied Publications editor Vin Sullivan contacted the character's creators and said he would publish their work if they could paste together 13 pages of content.

Siegel and Shuster readily agreed - too readily, perhaps. They signed over the rights to Superman for a mere $130 and accepted a fee of just $10 for each page they drew.

In the space of the first page of what went on to become the world's most famous comic, Superman's back-story is mapped out. We learn he was placed in a "hastily devised spaceship" by his scientist father and launched towards earth just before his own planet "was destroyed by old age".

He's found by passing motorists and taken to an orphanage where the attendants are "astounded at his feats of strength".

On maturity, aware "that nothing less than a bursting shell could penetrate his skin", Clark Kent decides to create Superman - the "champion of the oppressed, the physical marvel who had sworn to devote his existence to helping those in need". 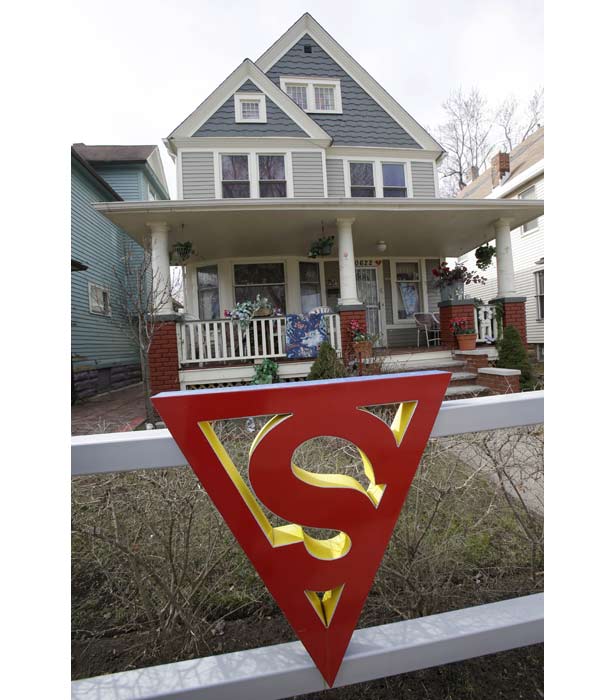 Siegel and Shuster even found room to include "a scientific explanation of Clark Kent's amazing strength" on that famous opening page, pointing out that "the grasshopper leaps what to a man would be the space of several city blocks".

Over the course of the following 12 pages, the unearthly newcomer dispenses rather menial justice to an array of decidedly sordid customers.

He saves an innocent woman from death row, rescues another from her abusive husband, and leaps around high buildings with a US senator until the terrified man confesses to corruption. He also lays eyes on Lois Lane for the first time - but not before she is abducted from a nightclub by a gangster whose advances she had not welcomed.

It's fair to say that not a huge amount was expected of Action Comics, but all that changed when sales figures for that first issue started to trickle in whilst the fourth issue was on the newsstands. They were far beyond all expectation.

Legend has it that the astonished publishers rushed to the nearest newsstand and asked a boy why he was clutching a copy of Action Comics. The youth replied: "Because it's the one that has Superman in it, mister."

The rest, as the Man of Steel might say, is history.

Superman's first appearance - Did you know? 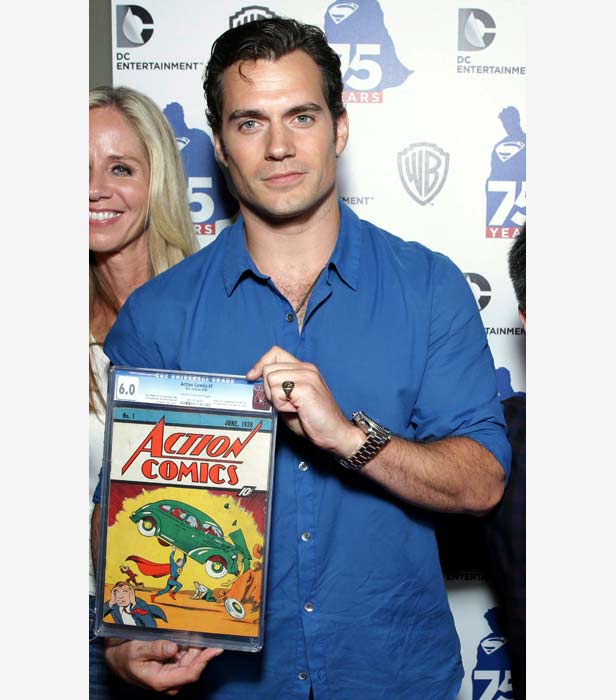 Flybe confirms it was given tax holiday by HMRC to avoid collapse
Boris Johnson has no wish or intention to meet with us, say Harry Dunn’s family
Martin and Gary Kemp to star in mockumentary about lives and careers
Yes Minister star Derek Fowlds dies aged 82
Latest news headlines

Boris Johnson has no wish or intention to meet with us, say Harry Dunn’s family