Seven weeks of pro-democracy protests came to a violent end when Chinese government troops fired at protesters, killing as many as 2,700 people.

As many as 1,000 people were killed as Chinese troops cleared protesters from Beijing's Tiananmen Square on this day in 1989.

The massacre formed the bloody conclusion to a seven-week confrontation between China's political leadership and a student-led movement which had been calling for democratic reform.

The army was complying with a chilling government dictate, issued on June 3, which ordered the square to be cleared by dawn and granted troops the right to "use any means to clear impediments".

Kate Adie's eyewitness report for the BBC - which you can watch above - captured both the violence and the defiance of that night.

The exact death toll is still a matter of conjecture. The Chinese government initially announced that at least 100 soldiers had been killed by "ruffians". It later recalibrated its figures, stating that 241 had been killed, of which 218 were civilians. Amnesty International puts the number of deaths between "several hundred to close to 1,000", whilst other estimates go as high as 2,700.

The protests were triggered by the death on April 15 of Hu Yaobang, the former General Secretary of the Communist Party. Hu was a liberal reformer, but he was deposed in 1987 after losing a power struggle with hardliners over the direction of political and economic reforms.

As mourning for Hu morphed into mourning for the principles for which he stood, a series of small student-led protests began to evolve into a mass movement which eventually challenged the authority of Deng Xiaoping, China's paramount leader. 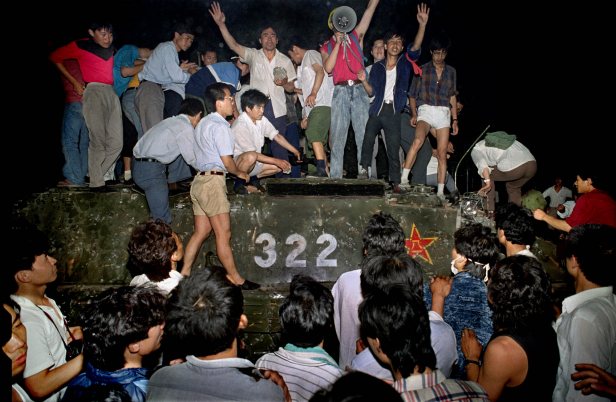 It is reckoned that Tiananmen Square harboured over one million protesters at the height of the political unrest - and they came from all walks of life.

Martial law was passed on May 20 and foreign journalists were expelled from the country as the first of at least 30 divisions of troops arrived in the capital.

But still the protesters would not desist. In fact, the sea of tents in Tiananmen Square only grew larger and its occupants more bold. They even erected a makeshift 'Goddess of Democracy' statue right under the nose of the giant portrait of Mao Zedong.

With the government seemingly unable to come up with a coherent response to the crisis, the downfall of communist rule in China seemed entirely possible.

But Deng and his cohorts had other ideas. 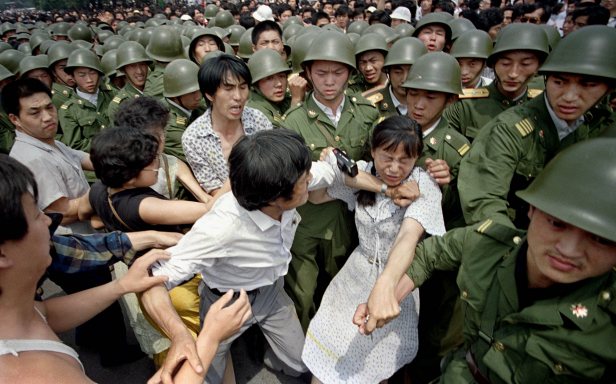 At 4am on June 4, the lights in Tiananmen Square were suddenly turned off and a government loudspeaker announced: "Clearance of the square begins now."

For many of those present, the darkness proved permanent. The People’s Liberation Army had fired upon its own.

Tiananmen Square massacre - Did you know? 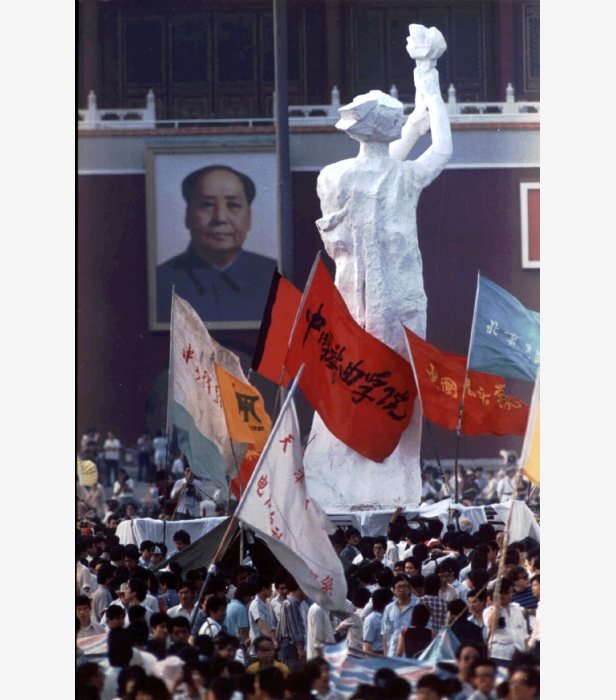