British forces suffered their worst single loss of life since World War II when two landing ships were attacked in the battle for the Falkland Islands.

On this day in 1982, Argentinian jets perpetrated the deadliest single attack on British servicemen of the Falklands War.

The Battle of Bluff Cove - as it came to be known - claimed 56 British lives. It was Britain's biggest single loss of military lives since the Second World War and accounted for one fifth of all British fatalities sustained during the conflict waged in the South Atlantic.

The Skyhawk jets were scrambled after Argentinian forces spotted British troops and equipment being brought to shore by landing ships.

RFA Sir Galahad and RFA Sir Tristram - both at anchor - were hit by the first wave of jets.

Sir Galahad, loaded with Welsh Guards and ammunition, was hit by three 500lb bombs - all dropped from the same jet. The bombs ignited stores of fuel and ammunition and the ship instantly burst into flames. The inferno claimed 48 lives and left more than a hundred wounded, many severely burned. 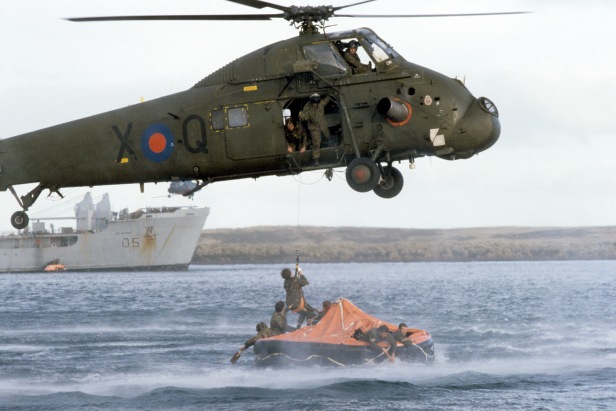 By this point, the jets of the Royal Navy's Fleet Air Arm were finally on the scene, and the three enemy planes where shot down by two Sea Harriers, bringing the final death toll to 59.

Harrowing footage of the carnage was beamed back to Britain, bringing the horrors of the distant war into sharp focus.

Argentina expected British morale to flag in the wake of the disaster; in reality, the events of June 8, 1982 merely delayed the scheduled British ground attack on Port Stanley by two days.

The Battle of Bluff Cove - Did you know? 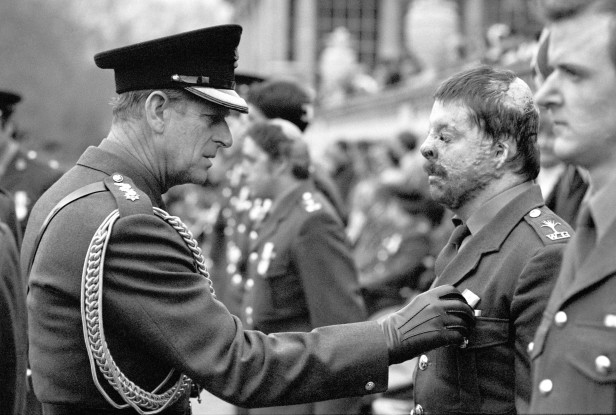