Two years after her approval ratings had hit an all-time low, Margaret Thatcher was returned to 10 Downing Street with an increased majority; Labour, meanwhile, was left counting the cost of a bitter split in the party.

The Conservative Party won a landslide general election victory on this day in 1983, putting Margaret Thatcher into 10 Downing Street for a second term.

After laying out an unusually left-wing agenda, the Labour Party’s share of the vote fell by more than three million from the previous election in 1979 – its worst performance since 1918. The party, led by veteran MP Michael Foot (pictured below with wife Jill Craigie), won just 209 seats to the Conservatives’ 397. 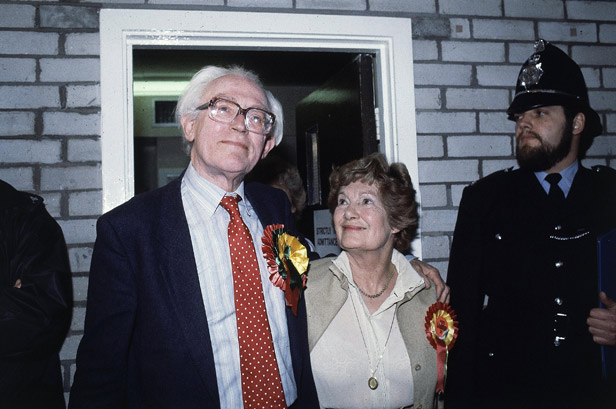 Such a result had seemed hugely unlikely as little as two years previously, with the country suffering from recession and Mrs Thatcher’s personal approval rating at less than 30%.

Economic recovery and the success of the Falklands campaign in 1982 had shored up the Prime Minister’s position, while Labour’s radical manifesto – dubbed “the longest suicide note in history” by their own MP Gerald Kaufman – saw the party haemorrhage support.

Some of its centrist MPs had quit the party to form the SDP in 1981 and, in alliance with the Liberals, the new party won a remarkable 7,780,000 votes at the election. While that was only around 700,000 votes fewer than Labour, the first-past-the-post system meant they only won 23 seats in the House of Commons.

Mrs Thatcher suggested their success was to down to gaining voters put off by the ‘extremism’ of the Labour manifesto, and said of her own policies: “I have not been extreme in the last four years, and I shall not be extreme now”.

Mr Foot said that he accepted his responsibility for Labour’s defeat, adding that “the fight to win the next election starts immediately”. He would stand down as party leader later in the year, to be replaced by Neil Kinnock. 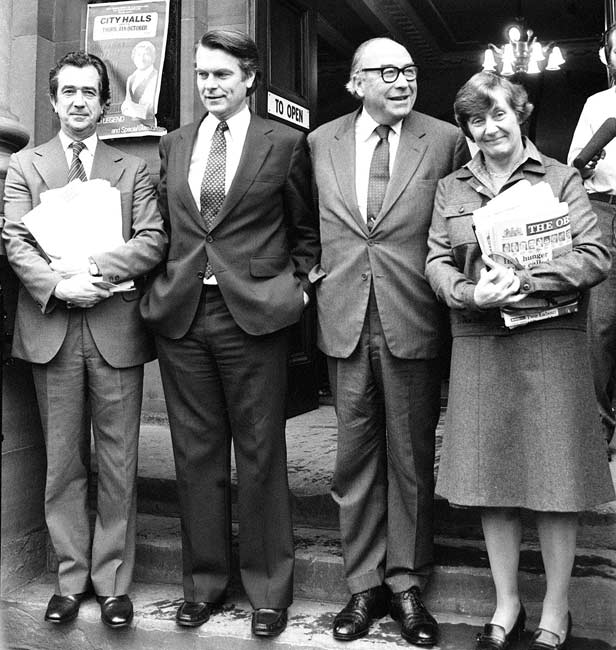